It’s time to meet the Vanarama National League North heroes as we honour those who really made
the difference at the business end of the season.

Alfreton Town fans were maybe not expecting a promotion push the season, but the Reds didn’t read
any of the summer predictions.

In March they were some way off the pace but last month they turned the screw – and gave
themselves a play-off chance right until the final day of the season.

It was a busy time with eight league matches but Billy Heath guided his team to six wins and two
draws to make sure the sides sitting in the top seven had a very edgy final few weeks.

They started April with a win at Hereford before Kidderminster Harriers were put to the sword. Then
came a draw with Darlington before Chorley, York City and Leamington were polished off.

A 4-2 win at Curzon Ashton gave them real hope before ending the month with a stalemate at
Chester.Heath deserves great credit – his team started April closer to the relegation place than the promotion spots but ended it in seventh place.

Sam Osborne made his comeback from injury last month and showed why AFC Fylde have really
missed him.

Coming off the bench against Hereford to score a last-minute winner, he then notched two secondhalf goals against Boston to secure a vital win.

Without his goals last month, the Coasters would be in danger of losing their top three place to
Kidderminster.

As it is, they go into the play-off semi-finals with home advantage and with a midfielder who looks like
he really means business.

We just love the Vanarama Volunteer of the Month award as it gives those who really deserve it the
chance for some special recognition.

The future of AFC Telford United is in good hands, despite the club’s somewhat frustrating season.
It’s not just young on-the-pitch talent that turns heads, as Ben Wiser has shown.

He is just 16 years old, but his skills have already helped the Bucks – and the teenager is making
quite a name for himself.

Telford tell us he has done an incredible job of building the club a fancy fan-friendly app for supporters
to use.

It allows them to buy tickets, listen to matches live and receive live notifications during the game – and
allows the Telford faithful to vote for their Man of the Match from their seats and on the terraces.

Ben also produced the streaming when the club played behind closed doors during the pandemic,
keeping the missing fans in touch with what was going on.

Age should never be a barrier, and Ben is proving that if you’re good enough, you’re always old
enough. 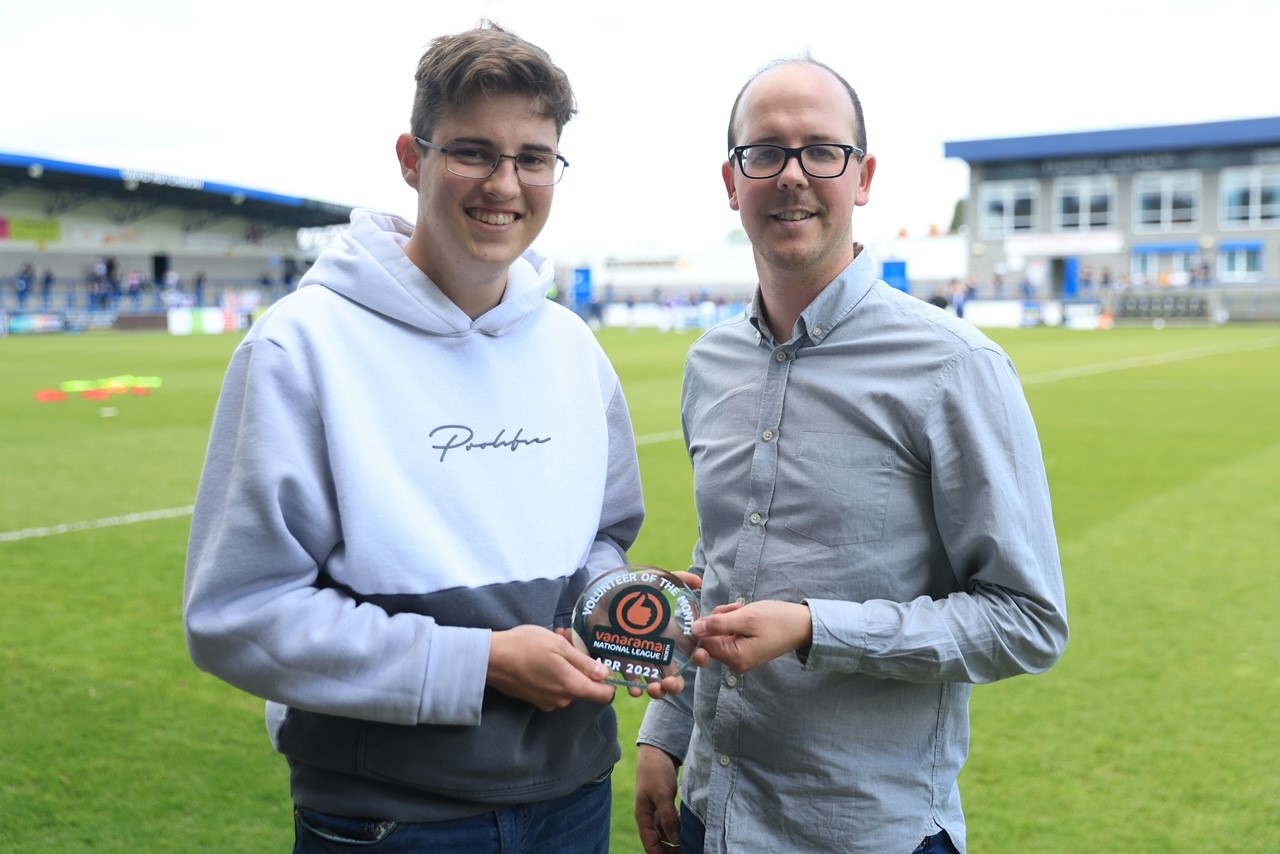 We will be opening our Club Shop on Saturday 21st March for supporters to purchase their Early Bird...

AFC Telford United can confirm we have reached an agreement with midfielder Henry Cowans to leave...