AFC Telford put up a spirited second half display as they overturned a two goal deficit in their favour as they defeated Gloucester City 4-3, while picking up back to back wins for the first time this season with Gavin Cowan saying “I’m very pleased.”

The Bucks went in front when a corner was delivered by Steph Morley before the skipper Shane Sutton rose higher than anyone else. By powering his header in off the other side of the crossbar before the ball worked its way past the line to put the Bucks ahead after the hour point, with the skipper managing to find some space before firing away at goal.

Marcus Dinanga got the equaliser for the Bucks as after terrific play on the right from Daniels who bombed forward down the right; where his cross then went deep to Aaron Williams who then nodded towards Dinanga who smashed the ball off the crossbar and in, putting the Bucks level at 2-2.

They did manage to get a fourth alongside that after a terrible mistake from the away side, with a misguided defensive header which went over the goalkeeper before coming to Williams who tapped home from on the line to put the Bucks in cruise control at that stage. With the striker taking full advantage of the situation full well knowing that he won’t score many easier than that.

Brendon Daniels ended up getting the first on the half hour mark, as a moment of brilliance came when the Bucks won a free kick on the edge of the area before the winger stepped up by bending the ball beautifully away from the wall before putting the it into the top right corner. This seemed to give the Bucks the urgency to go and pull the game back in their favour.

Luke Russe put the visitors ahead just after two minutes following a cross that came in from the left. Before the striker managed to get the final touch as he sneaked into a goal scoring position before applying the definitive touch.

The hosts doubled their lead following a free kick from Joe Hanks as the midfielder saw his strike from just outside the box go all the way over the wall, before accurately putting the ball into the top left hand side.

They were then awarded a penalty in injury time where Jonathon Royle was penalised for a scuffle in the box, with Joe Parker stepping up and converting the penalty straight down the middle.

Manager Gavin Cowan was happy with the output of goals that has come recently with the team scoring seven goals in two games. With him been very keen to stress the importance of scoring goals. He also was delighted with how Daniels has gone about his performances recently alongside both his goal scoring record and work rate in particular.

“I’m very pleased, it would have been nice to get four nil but to get more goals than the opposition is the main aim. (On Daniels) I’m very happy, goals are obviously a bonus and they’re very important but his performance’s on top of that, he deserves full credit and he has worked his socks off in the last two games.

“It’s not rocket science you have got to score more goals than the opposition and we’ve done that the last two games and we do need to cut it out more defensively, but ultimately I would rather be winning 4-3 than drawing 0-0 like we did with Gateshead.”

He also pointed out that there is still work to do defensively with twelve unforced errors proving costly in the first half but he says that they need to try remove that.

However he insists they are striving for much more with him wanting to make home form as key as possible, and is trying to make sure that they make it as difficult as they can for opposing teams for when they come to New Bucks Head.

“Its just a bit of concentration, a bit of detail and twelve unforced errors in the first half was always going to give them a leg up so we have just got to cut them out.

“We could concede less goals and have a better first half than we did today but we’re striving for excellence and I’m sure we’ll never get there; but as long as you can strive for it then you’re always going to give yourself a chance.

“That if a team were going to come here and beat us then they earn it and we don’t give it to them, and I thought that we did that for the first thirty, thirty five minutes tonight. We were giving them the win and give credit to teams, we will come up against teams that will be better than us this year, ultimately that will be few and far between, we just can’t give them points.”

Finally he went onto say that Brackley will be a challenging game but they will see the Bucks in a similar manner, also he talked about how his system allows his side to be fluent within formations depending on who they play.

“Just a bunch of winners, a bunch of men who have been there before and know how to win but you know they will be facing tough opposition in us as well. It’s just how it fits at the time, we’re quiet fluent between different formations so depending on the opposition we will address that. ” 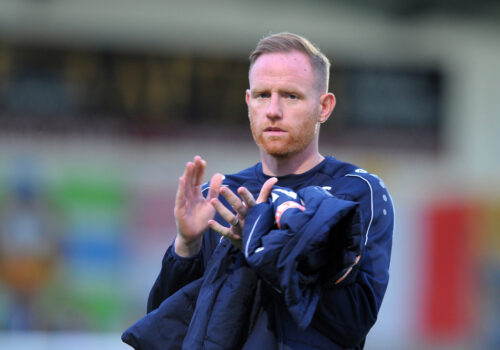 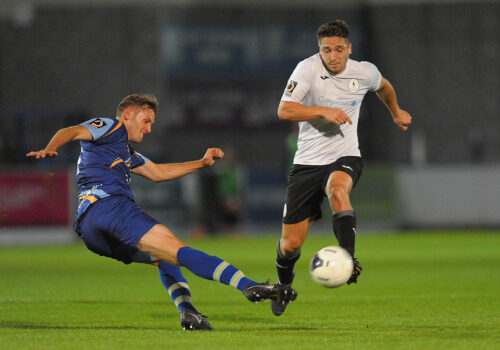 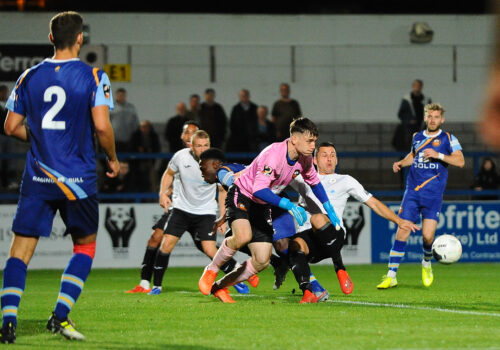 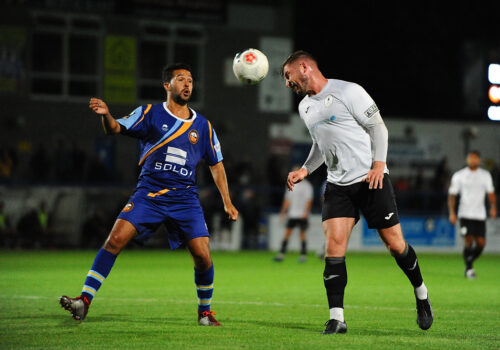 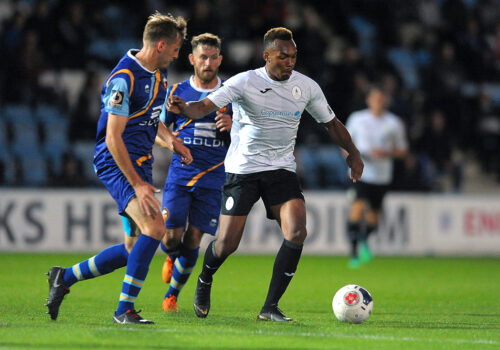 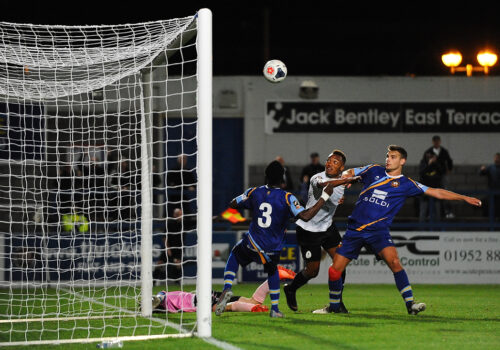 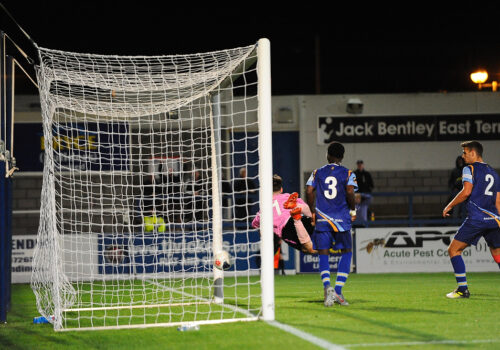 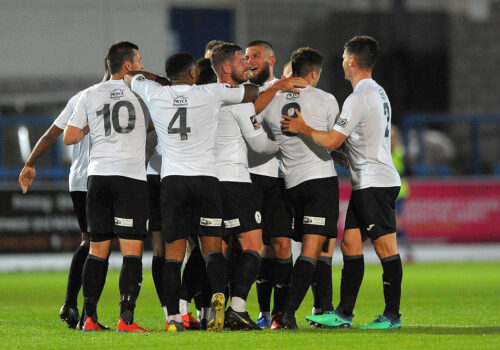 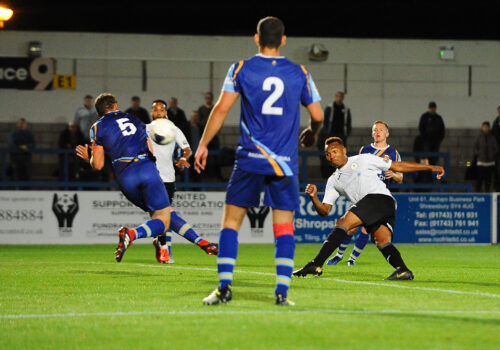 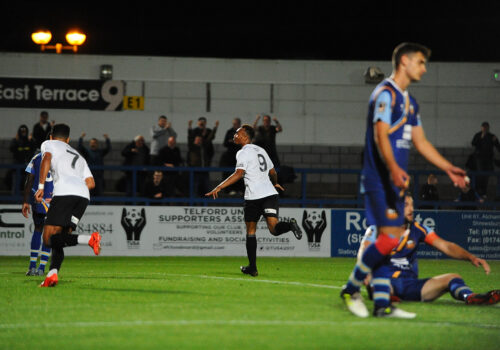 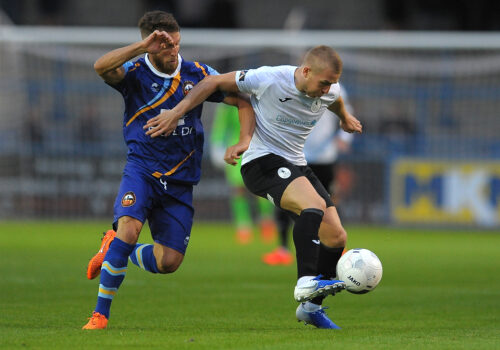 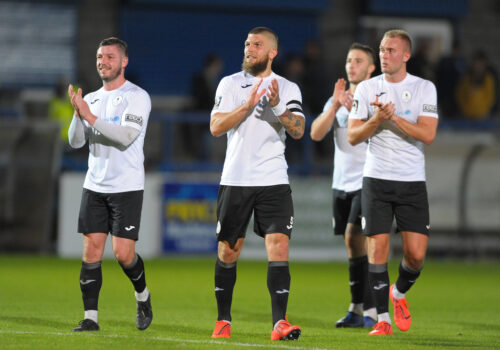 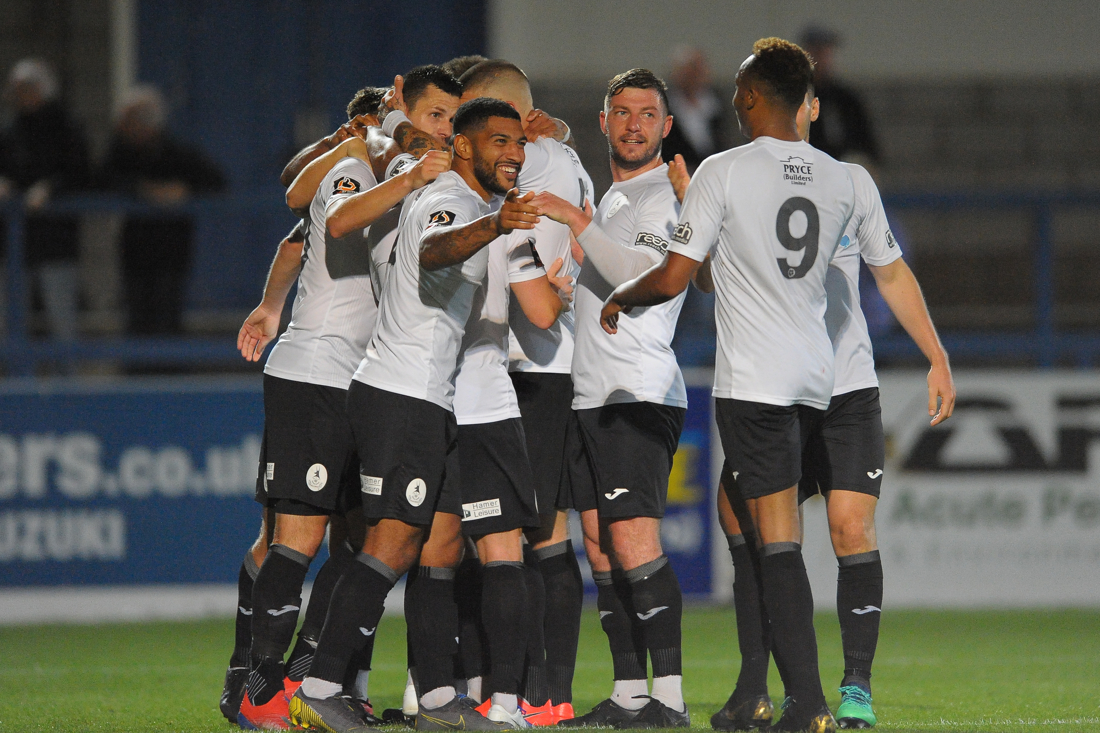 The Bucks came on the wrong end of a 2-1 scoreline with a late winner  from Andrew Halls meaning...