AFC Telford were unable to back up their recent turnaround in fortunes as they shipped three early second half goals which meant Jordan Thewlis grabbed a hat trick, as in the end this prompted the 3-1 full time scoreline to work in the visitors favour.

Adam Walker scored and opened the scoring when he picked up the ball from outside the area and drove home a low shot which was too much for the keeper to be able to deal with; he was played through after not been picked up before going all the way to score.

The visitors soon responded in the second half when the home backline came unstuck following a difficult period following pressure from their opponents. Thewlis found space inside the box as he turned his defender inside out  before his punt beat Matt Yates low down to his right.

It was two not so long after, following Billy Sass Davies getting a booking for holding onto an opposition player for the referee to then point to the spot, amongst all the controversy. Despite all the protests the penalty was dispatched which meant Thewlis grabbed his second.

Thewlis then got the match winner after he scored his third following a cross from the left hand side where the attacker prodded with the effort, which went into the right corner bouncing downwards before it went in between the sticks.

Matt Stenson almost got on the scoresheet however he had a free kick from outside the box rattle the crossbar late on, with the attempt coming after he did well to beat the goalkeeper and the wall; just not the goal as it was a little too high in the end.

The visitors also hit the woodwork twice throughout the game after  Theo Streete almost inadvertently glanced at a cross to almost put the ball past his own goalkeeper from a free kick from the left. The second time they hit the upright was when Andi Thanoj fired a free kick which was well struck, onto the crossbar before it went over.

Gavin Cowan`s went onto say that the team need to more stable when performing on the pitch and the need for consistency is important especially if they are able to get near the playoff positions.  The manager pointed out that there were positives however that is ultimately few and far between when considering their recent outlook.

” I don`t want to get too emotional after each result, like I said the week before when we won 4-1, we need more consistency from the lads , you can`t have two good results and a really poor result, you need consistency in this league.

“For one reason or another we haven`t had it this season. You look right back to the start. We were brilliant on the opening day of the season. We have a couple of poor results and then a few great results and now it`s another poor result. We have got to find a level of consistency and that comes from the lads.”

He went onto claim that the team are still striving for their objectives to be met alongside the hard work they put in already which the manager discloses is both physically and mentally. There is also positive news on the injury front as both Henry Cowans and Shane Sutton are working their way back up to full fitness.

“Their mentality, their desire and how much they want to do it, that`s where it`s at. That`s something the players have got to take responsibility for themselves, we do a lot of hard work. We do a lot of hard work mentally and physically. Even if you are drawing too many games at least you have got a level of consistency and we need to bring it back down again.

“It`s a good week for them this week (on Cowans and Sutton), for Henry it might be a bit much for him, Shane is starting now to do a lot of work so we will assess him this week.”

5- Telford start the game on top as they look for the breakthrough early on, however are yet to carve out an opportunity at goal.

7 Williams comes in from the left and goes central, before firing an effort which is narrowly wide of the left hand side.

11- Corner kick comes in from the right as the Bucks win the first header, after Whittle somehow managed to prevent Stenson’s attempt from going into the net following a goal line clearance.

16- Knights is free with no one around him as he looks up and offloads the shot which eventually goes all the way over.

19-Goal!-Thewlis with the strike which is parried by Yates with Knowles thinking that he did enough to put the visitors ahead. The linesman’s flag is raised and the goal won’t count.

25- Streete has a nick from a deflected free kick go onto the bar after the Bucks fail to clear their lines which then gives the hosts the opening they need to get out.

32-Goal!-Walker finds space from outside the box before opening his feet up to have a low effort beat the keeper and find its way into the net.

38-Knowles once again with a chance as Yates is quick to surge forward and does superbly well to save it with his left arm.

52-Goal!-Thewlis gets the equaliser the visitors have been working for, after he picks up the ball in the box and tucks a low strike away from the keeper.

56- Penalty given to the visitors following a tug from Sass Davies with the referee pointing to the spot, Thewlis once again is the perpetrator as he buries the spot kick following a quick turnaround.

61-Goal!-Thewlis completes his hat trick following a disappointing error from the Bucks as the striker attacks a header which finds its way into the goal.

72-Stenson comes close with the bar in action again however this time the fortune goes to the way of the visitors. Stenson lined up the shot from outside the box.

82-Penalty claims from the Bucks camp and the fans are not happy with the referee’s disapproval of turning down the penalty complaint.

90 Walker with the shot this time as again like before he goes down low but Crook is able to read it and push it away. 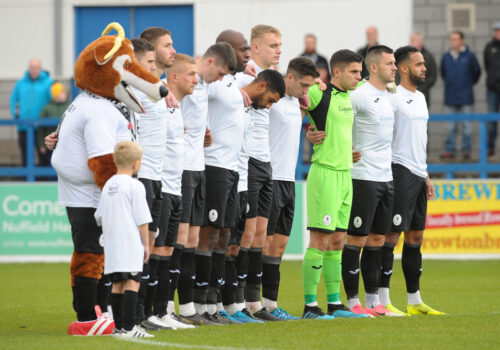 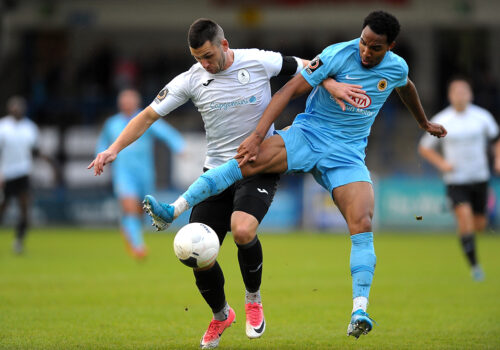 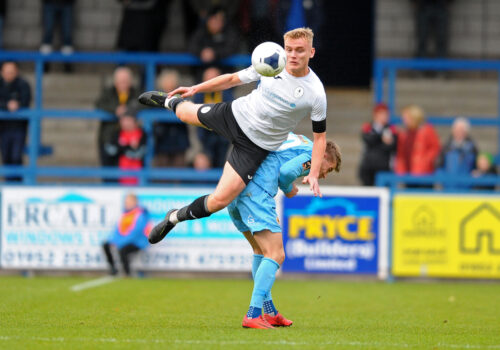 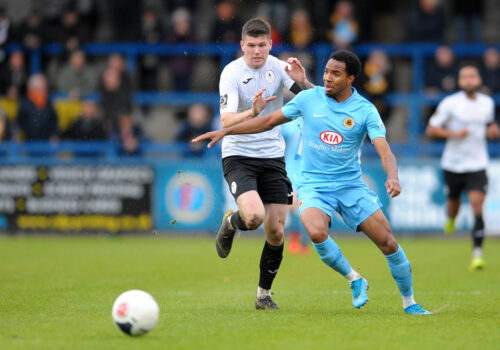 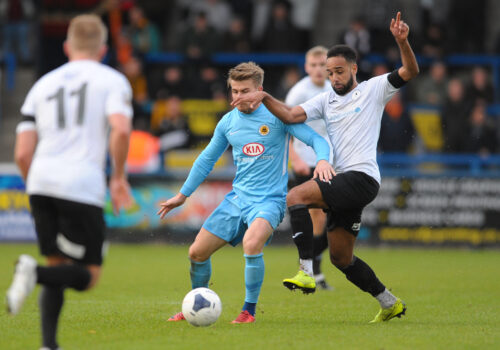 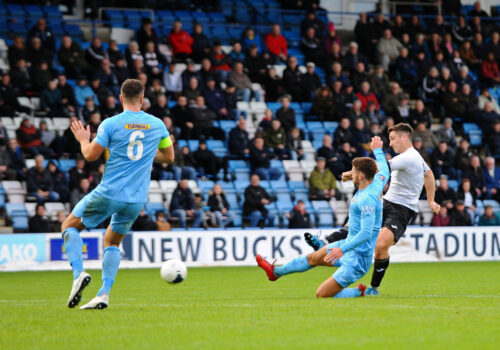 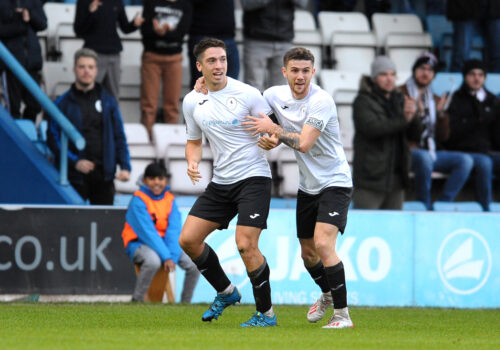 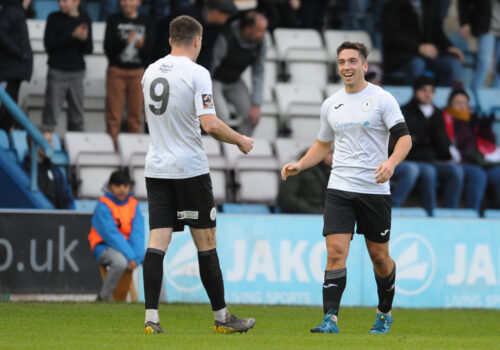 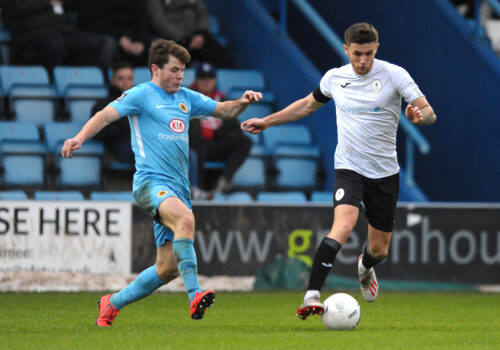 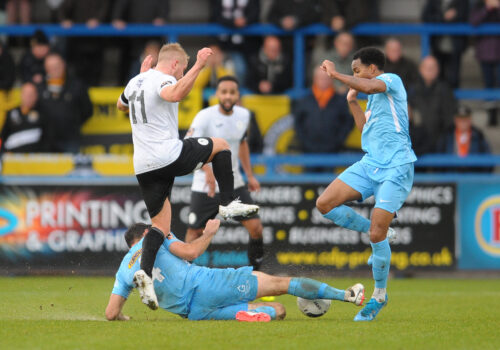 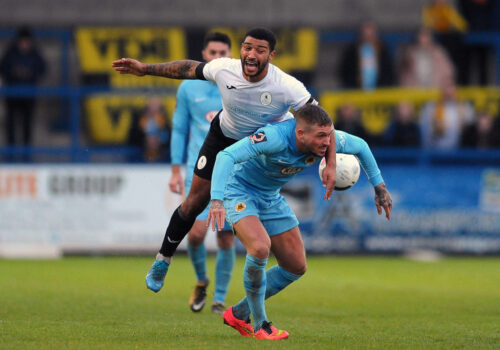 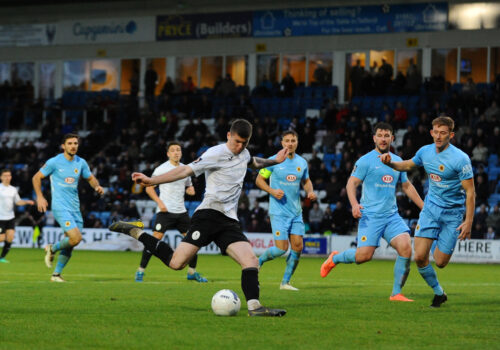 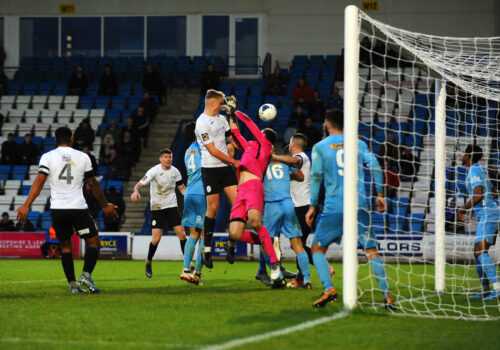 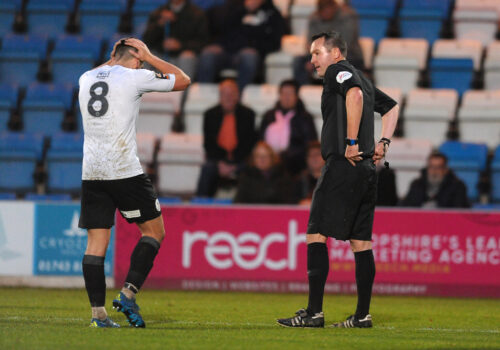 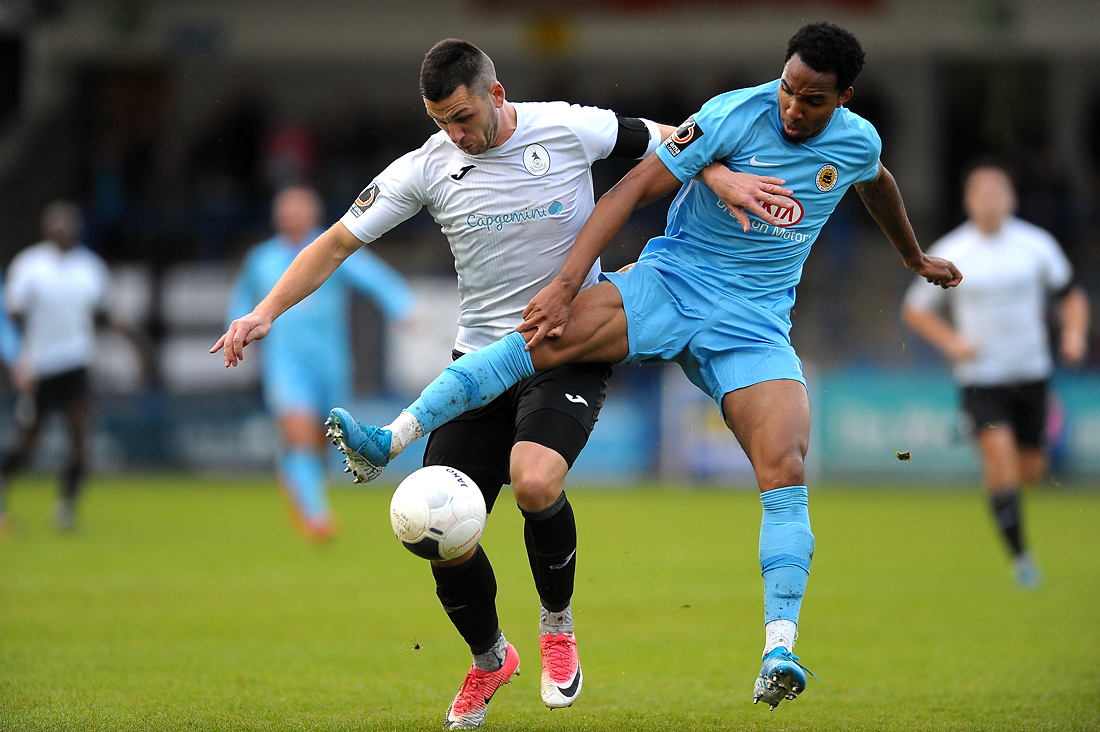