AFC Telford Ladies like many thousands of sides across the country found their season come to a premature end in what had the makings of being an exciting end to the season.

Under the leadership of Head Coach Darel Tidman-Poole they headed into the season looking for stability first and foremost and secondly to mount a credible challenge in the league and cup progression. We take an in depth month by month review of the season.

September started with an appearance in the Qualifying Round of the FA Cup against higher league opposition Coventry Sphinx. After falling behind early in the game Jem Smith brought the Ladies level from the spot. In a close fought contest that went to extra time, it was Coventry who edged the game 2-1, but the ladies could be proud for their spirited battle.

Port Vale were the opponents in the first league game, a game which the Bucks dominated. Goals from Maddie Jones, Danni Garrett, Jaime Duggan and goal of the season from Jem Smith gave them a 4-2 victory. Next up was a tough test away at Sandwell, a task made even tougher with no recognised keeper and no subs. Despite a determined fight it was Sandwell who came out 5-2 winners, Maddie Jones with a brace. The Ladies returned winning ways with a 6-0 victory over Kewford Eagles, Danni Garrett and Jaime Duggan netting hat tricks.

Ending the month was the home fixture against Sandwell, a side that beat the Bucks just two weeks previous. It was a much different game this time round that was dominated by the home side. An early Charlotte Budd goal set them on their way before a Jem Smith double sealed victory. 3 wins and a defeat from the opening month of the season.

A tough month for the Bucks saw two local derbies against Shrewsbury and Shifnal Town respectively. Firstly the Shrewsbury fixture brought a close contest with neither side creating any clear cut opportunities. A late chance for the Bucks was blocked on the line (Goal line technology not active at TCAT) meaning it was a first stalemate of the season. The game ended in sour fashion as keeper Phoebe Carter picked up a nasty looking knee injury.

Next up was Shifnal Town and a debut for Under 18s keeper Beth Charnell. The Bucks were heading for a second defeat of the season but two goals saw them register back to back draws. Maddie Jones, Charlotte Budd and a first goal for the club from Charl Sewell with the goals.

November on paper started with a tough test at home Stoke City Development, a young well organised side. It was Stoke who took the lead in the first half before the Bucks fought back with goals from Jem Smith and Jaime Duggan. A much needed 3 points and a return to winning ways.

Next up was a trip to face Sutton Coldfield as they recorded back to back wins. A 4-0 win came without a recognised keeper courtesy of goals from Hannah Canning, Danni Garrett, Charlotte Budd and a first of the season for Under 18s player Jorgie Pendrous. We ended the month with a goal fest at home to Wyrley. An unbelievable first half saw us go into the break 6-1 up, largely down to a 5 star performance from midfielder Danni Garrett. Further goals in the second half from Charlotte Budd (2), Jorgie Pendrous and Ashley Kilgour saw us register our biggest win of the season, 9-2.

Just one game in the month of December largely due to the great British weather. We made the short trip down the A5 to face Shrewsbury in a fixture that showcased the Shropshire FAs Rainbow Laces campaign. Unfortunately for the Bucks they didn’t turn up for the occasion and found themselves a goal down at the break. Charl Sewell equalised for the Bucks against her former side but the hosts picked up the 3 points late in the game, a disappointing end to 2020.

2020 started with a home fixture against Port Vale Ladies. In the previous fixture it was the Bucks who ran out 4-2 winners on the opening day and it was a similar result this time round. 4 goals and a clean sheet were in order as Jaime Duggan bagged a hat trick and Ashley Kilgour netted her second of the season.

The month ended with a nightmare trip to Stoke as we arrived with 1 sub and no recognised keeper. Goals from Danni Garrett and Jorgie Pendrous weren’t enough to stop us falling to a heavy defeat.

February was a big month for the club which started with a home game against Solihull Sporting. Result aside we saw 3 players from our Under 17s squad make their debuts for the Ladies side. Goalkeeper Chloe Trower marked her debut with a clean sheet whilst Kacey Davies and Milly Hall had impressive debuts. It ended in a 4-0 victory with goals from Jem Smith, Charlotte Budd, Jorgie Pendrous and Abbie Baldwin.

The other game in the month was a tough test against TNS in the Shropshire Women’s Cup Quarter Final. With TNS 2 leagues higher it would always be a tough fixture. However the Ladies rose to challenge and had their opponents rattled. A Charlotte Budd hat trick gave the Bucks hope but the home side edged it 5-3. Plenty for the Ladies to take away and many more positives.

Just one game in March before COVID-19 ended the season prematurely, a trip to face Solihull Sporting in the Quarter Final of the League Cup. The Bucks headed into the game off the back of a 4-0 victory against the same opposition in the league and a dogged fight against TNS in the Shropshire Cup.

In a blistering first half the Bucks were in control and led 3-0 thanks to goals from Hannah Canning, Jaime Duggan and a Jem Smith screamer. However a superb first half was followed by a dreadful second as the hosts forced extra time. A few words from the boss at full time fired the Bucks up in extra time as further goals from Charlotte Budd and Hannah Canning gave them a 5-3 victory. 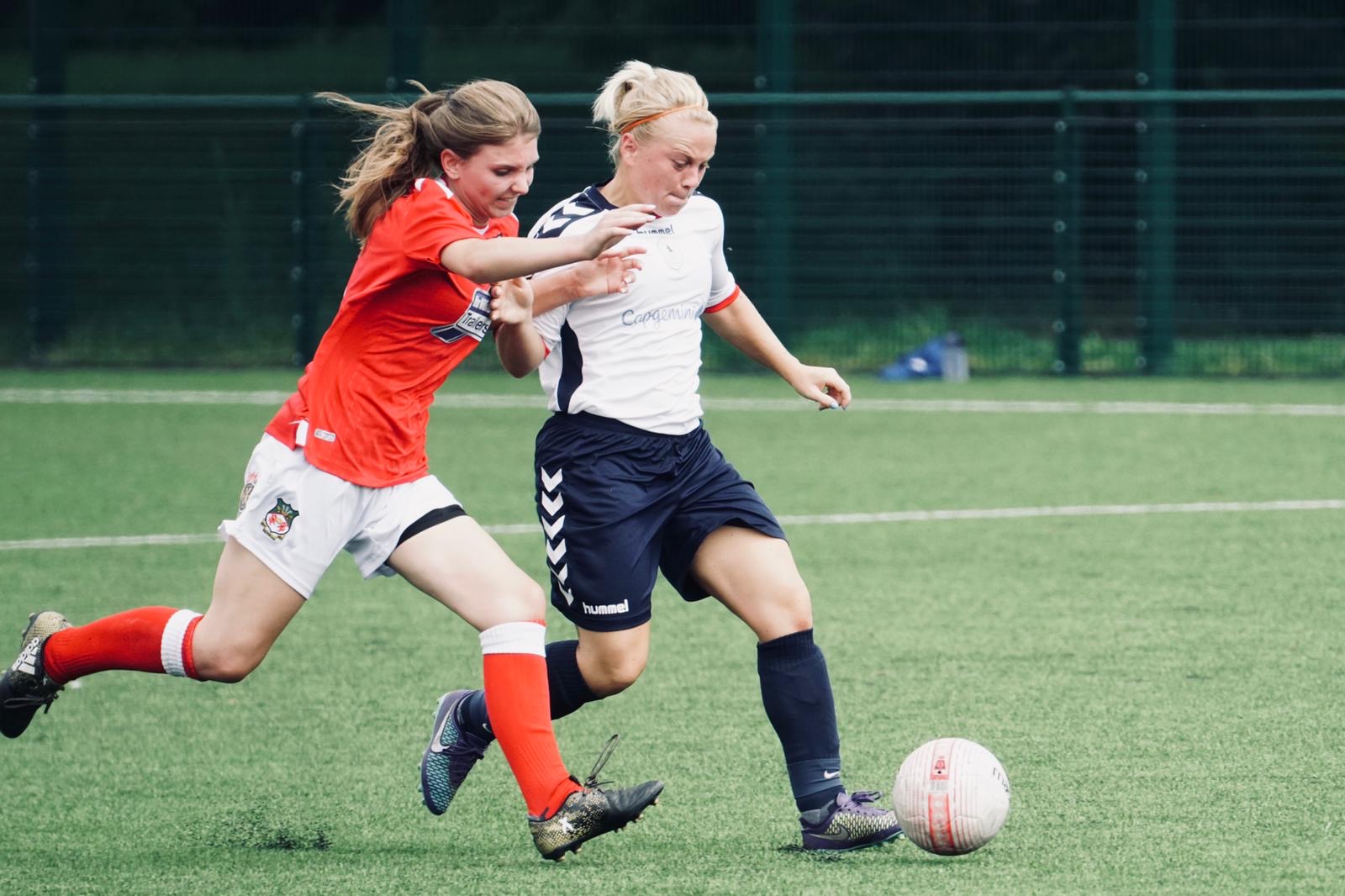 Further to a meeting of its Board of Directors earlier today, the following update is issued on...

AFC Telford United are delighted to announce the signing of defender Lee Vaughan on a one-year...

York City are the visitors to the New Bucks Head this weekend, as the Bucks fight for survival goes...