The Bucks are preparing for another crunch clash this weekend, when Paul Carden’s men will make the trip to Farsley Celtic.

The two sides are separated by just a point and a place at the wrong end of the table but are battling bravely to pull away from the drop zone; both clubs are currently unbeaten in three league games and have each kept two clean sheets in that time.

Like the Bucks, Celtic are on to their third manager of the season. Long term boss Adam Lakeland left for Curzon Ashton in October, with Neil Ross then taking the reins. However, Ross’ tenure saw Farsley fall to the bottom of the table, and they had both the league’s worst defence and attack when he left at the end of January.

The new man in charge at the Citadel is Russ Wilcox. In his first role as manager, Wilcox led Scunthorpe United to a 2nd place finish in League Two during the 2013/14 season, going unbeaten in his first 28 games – an unofficial world record at the time. After a poor start to life in League One, Wilcox left Scunthorpe and moved on to York City, but he left Bootham Crescent in October 2015 after just one year with the Minstermen.

Now back in management, Wilcox appears to turning Farsley’s fortunes around. Celtic have picked up 11 points from his 9 games in charge, but seven of those have come from the last nine available.

The core of Celtic squad remains similar to that which achieved back-to-back mid-table finishes during the two Covid-affected campaigns. Dave Syers and Will Hayhurst provide drive in midfield, while up front Jimmy Spencer, Luke Parkin and Frank Mulhern all have the ability to cause defences trouble. In fact, it seems even keeper Kyle Trenerry carries a goalscoring threat – the stopper scored a freak long-range goal in the recent 2-1 over Curzon Ashton.

The Bucks haven’t won in three visits to the Citadel, but ran out 2-0 winners when the sides met in October. Paul Carden added commanding centre back Harry Flowers to his squad on Thursday, and the Bucks will be looking to keep another clean sheet this weekend after back-to-back shutouts against Spennymoor and Guiseley.

You can buy tickets in advance via the Farsley website. 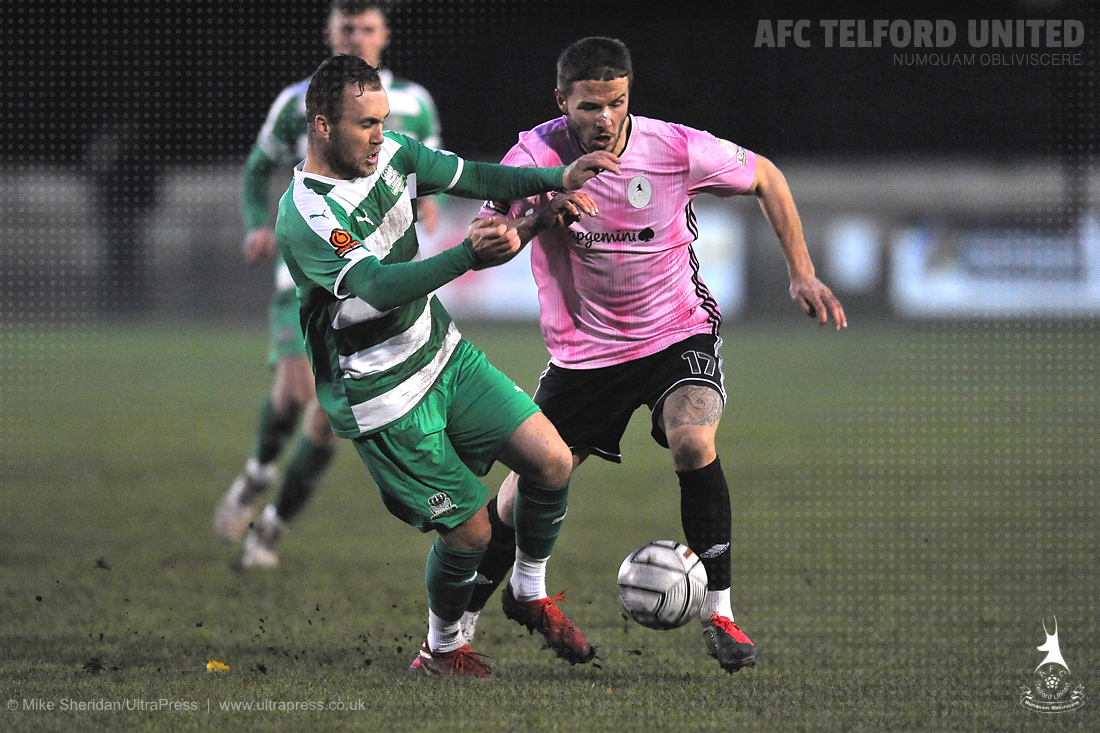 AFC Telford United can this evening announce that goalkeeper Andy Wycherley has had his contract...