AFC Telford United are delighted to announce the signing of Harry Flowers from Curzon Ashton for an undisclosed fee.

The 25-year-old central defender signed a three year deal at the New Bucks Head this afternoon as the club beat off stiff competition for his signature.

Flowers started his career in the youth system at Burnley, before joining Guiseley in 2018.

Upon signing for the club, Flowers said: “It’s a real privilege to sign for a club like AFC Telford United, every time I have played here it’s always impressed me and I am really looking forward to representing the club. There’s a sense of personal pride with my late grandfather who played for and managed the club so that made the decision to come here a little easier”

“It’s a big signing for the club, someone who we have tried to sign earlier this season. Harry will bring presence to an already strong defence, leadership qualities to the squad as well as coming in at a good age where he can progress with the club and be part of what we are building but the most important thing in the here and now is make sure we retain our status in this league. Harry will certainly play a key part in helping us achieve the task ahead. 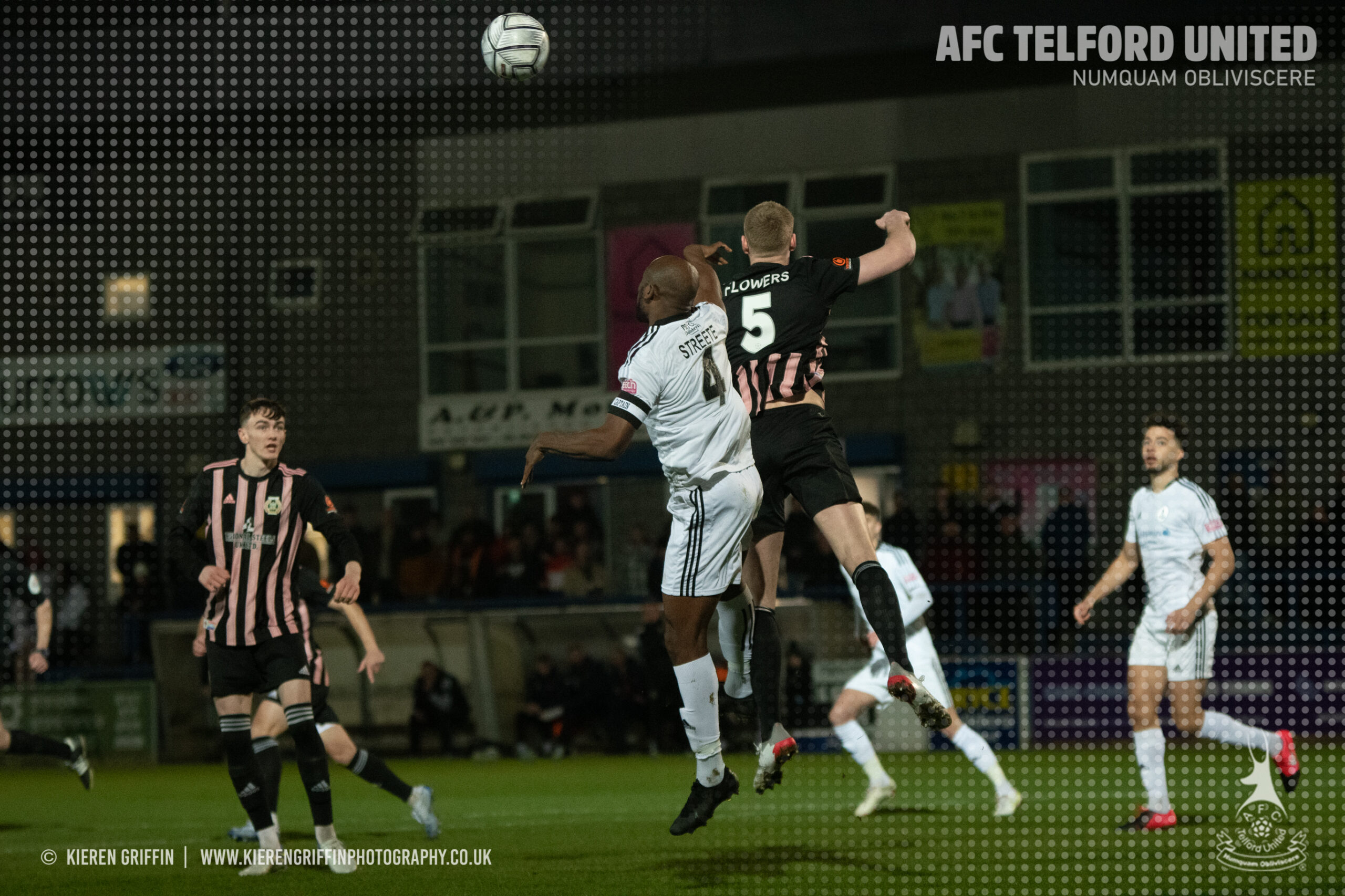 AFC Telford United return to action this weekend when they travel The impact Arena Alfreton....

AFC Telford will be aiming to halt the Pilgrims’ progress this Saturday, as playoff-chasing...

Telford face Bradford Park Avenue at the New Bucks Head this Saturday in a crunch clash at the...