It was the penultimate weekend of action for our Youth sides before the half term break and we start our round up with the Under 13 Boys who were looking to bounce back after a first defeat of the season the week previous. They did so in emphatic fashion with an 8-1 victory over Boldmere St Michaels Juniors. Alex Sharpe and Tyler Harris grabbed two a piece with further goals coming from Harry James, Sam Ross, Freddie Williams and Jasvir Takhar.

It was a return to winning ways for our Under 12 Boys with victory away at Perdiswell Colts, Ben Corfield grabbing a brace with goals also coming from Bayley Bateman, Lewis Upton, Will Hardeman and Jack Davies. However it was a first defeat of the season for the Under 16 Boys as they were beaten away at Boldmere St Michaels.

Our Under 13 Girls made it back to back wins with clean sheets with a 9-0 victory against Lawley. Leading scorer Mya Yee grabbed another hat trick as Lacie Everton-Holden (2), Lacey Skitt Jones, Stella Asterley, Abi Harris and Darcy Miller completed the scoring. Courtney Castle was on hand with a hat trick for the Under 15 Girls as they made it 3 wins from 3 in the league with victory over Newport Girls.

The Under 15 Boys returned to winning ways with a comfortable victory over Abbey Hulton United. After finding themselves 2-1 down at the break they bounced back in the second half with 4 unanswered goals. Hanoch Boayke grabbed another brace with goals also coming from Brian Castle, Jayden Williams and goalkeeper Taylor Carter playing in an unfamiliar outfield role. The Under 14 Boys made it back to back wins and clean sheet with a 4-0 victory over Boldmere St Michaels. The formidable front three of Ollie Corbett, Dylan Millington and Preston Whinnerah (2) grabbed the goals.

It was a fourth win from four for the Under 17 Girls with an 11-0 victor over Burntwood Phoenix. Abbie Norry, Nykeshia Reed and Kaitlyn Richards all grabbed braces and leading scorer Lauren McCaffey was on hand with another 4 goals. Their was also a first goal in the Central Warwickshire league for defender Grace Bloomfield. Meanwhile our Under 11 Girls were winners against Shrewsbury Up and Comers thanks to a hat trick from Caitlin McCoole and goals from Lily Morrissey and Jasmine Cooper.

Our Under 18 Boys were held to a 3-3 draw at home to PS Olympic despite goals from Dan Gormley (2) and defender Joe Byrne. Meanwhile the Under 10 Boys put in a solid performance to beat Coton Green Minor, Bradley Evans leading the way with a brace.

We end our round up with the Under 11 Boys who were in fine form to make it 7 wins from 7 at home to Kidderminster Lions. Ethan Rowland, Aiden Rowland, Jackson Lucas, Josh Hicklin, Cole Dexter and Arran Garvey were all on the scoresheet in a convincing win.

The torrential rain put paid to a large share of fixtures this weekend with just 3 games on the 3G surfaces surviving. We start our round up with the Under 18 Boys who faced Droitwich Spa looking to get back to winning ways. It was a dominant performance from the Boys as a Dan Gormley hat trick and goals from Michael O’Toole and Ethan Pickford gave them a comfortable 5-0 victory.

Our Under 15 Boys faced a tricky fixture at home to Binley Woods as they looked to return to winning ways after a first defeat of the season a week previous. After a tight first half where a Felix Agyekum levelled things up, the second half was an assured performance. Two quick goals from Reece Clayton and Agyekum put them in control before Felix completed his hat trick to wrap up the points and a 4-2 victory.

We end our round up with the Under 15 Boys who picked up a first clean sheet of the season and convincing victory away at Hednesford Town. Leo Gill and Jake Evans picked up their first goals for the club with Brian Castle and Jayden Williams completing the scoring. 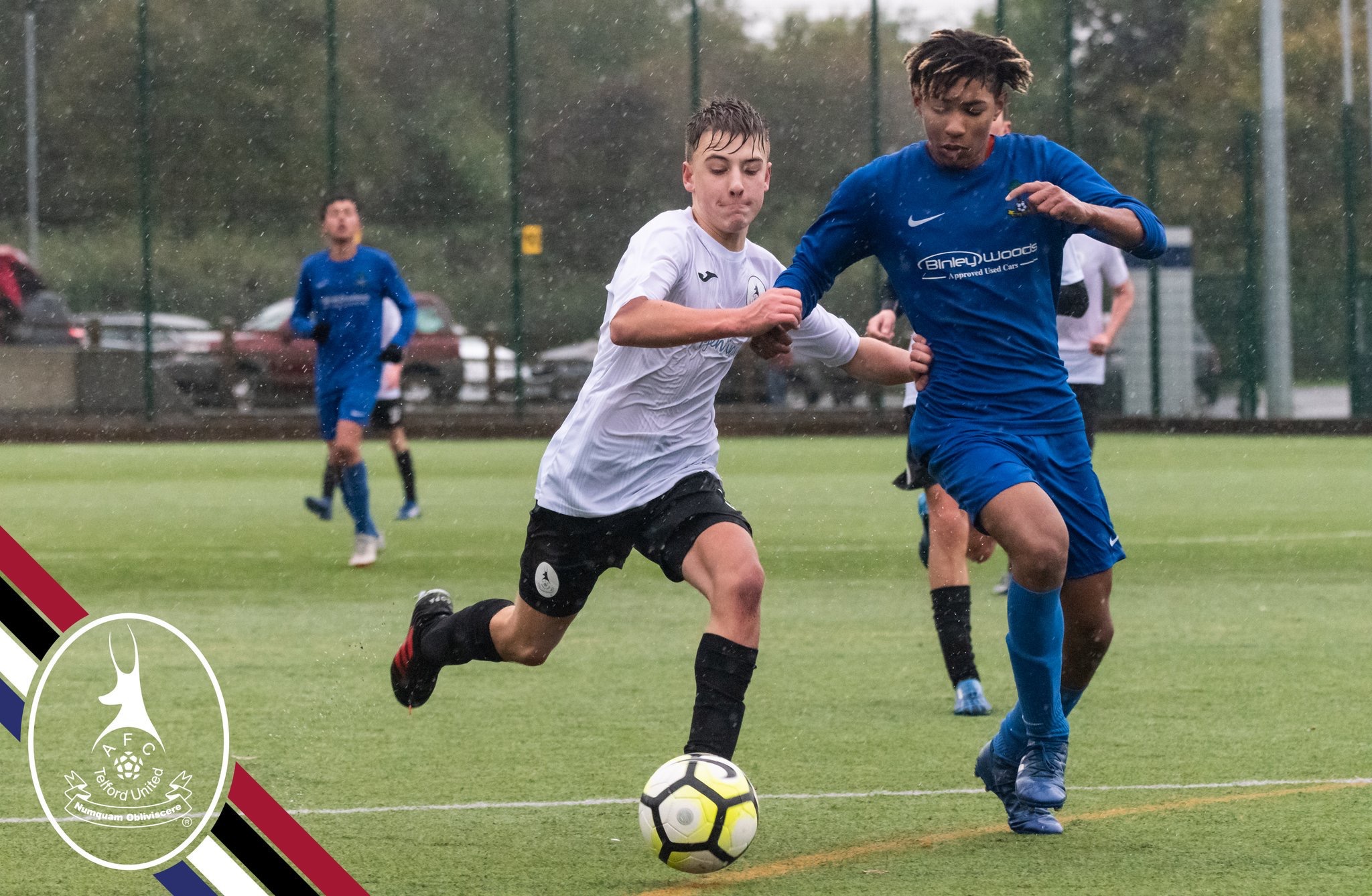 Your guide to a matchday at New Bucks Head. AFC Telford United welcome Gloucester City to the...