Week 6 of action for our Youth sides and we start our round up with the Under 17 Girls as they entertained Solihull Sporting looking to make it 3 wins on the spin in the league. It was a commanding performance for the Girls as they ran out 9-2 winners. Nykeshia Reed led the way netting 5 with leading scorer Lauren McCaffrey adding another hat trick to her total for the season. Kaitlyn Richards completed the scoring.

The Under 13 Girls were in fine form as they hit double figures in victory over Bridgnorth Town. Mya Yee led the way with 5 goals with 7 other players on the scoresheet. Meanwhile it was a return to winning ways for the Under 14 Boys who ran out winner against Tamworth FC, netting 3 goals and a clean sheet in the process. Preston Whinnerah grabbed a brace taking him to 12 for the season whilst Ollie Corbett took his individual tally to 10 for the season.

It was a first defeat for the season for our Under 18 Boys as despite a goal from Joe Byrne they went down 2-1 against Hednesford Town. Our Under 16 Boys made it 6 wins out of 6 with a 3-1 victory over Newcastle Town. Free scoring Reece Clayton grabbed a hat trick to take him to 8 for the season. The Under 15 Boys picked up a point on the road away at Tamworth thanks to goals from Dan Corfield and Brian Castle.

Our Under 10 Girls were unable to pick up a first victory of the season but put in a great performance against Worthen. Ellie Scrace picked up two goals with Jasmine Mills also on the scoresheet. Against the same opposition the Under 11 Girls were winners thanks to a brace from Elle Morrissey and a goal a piece for Caitlin McCoole and Morgan Howells. The Under 15 Girls faced Albrighton Under 16s in a friendly being edged out by the odd goal in 7. Jess Walley netted a brace with Romillie Evans also netting.

It was a first defeat of the season for our Under 13 Boys against a strong Boldmere St Michaels whilst despite two goals from Bayley Bateman the Under 12 Boys fell to defeat against PS Olympic. It’s now 6 wins from 6 for the Under 11 Boys as they ran out 8-0 winners in the MJPL Trophy against West Hagley Juniors. Cole Dexter netted a hat trick with a brace for Isaac Bateson. Tyler Roe, Jacob Jones and Charlie Preece completing the scorers.

We end our round up with the Under 10 Boys who were looking to make it 3 wins on the bounce as they travelled to face Nuneaton Blues. It was a tough fixture for the young Bucks as they went ahead early in the first half thanks to George Hollis-Terry. The hosts levelled before Jenson Clark netted a great goal from distance to take the victory for the Bucks. 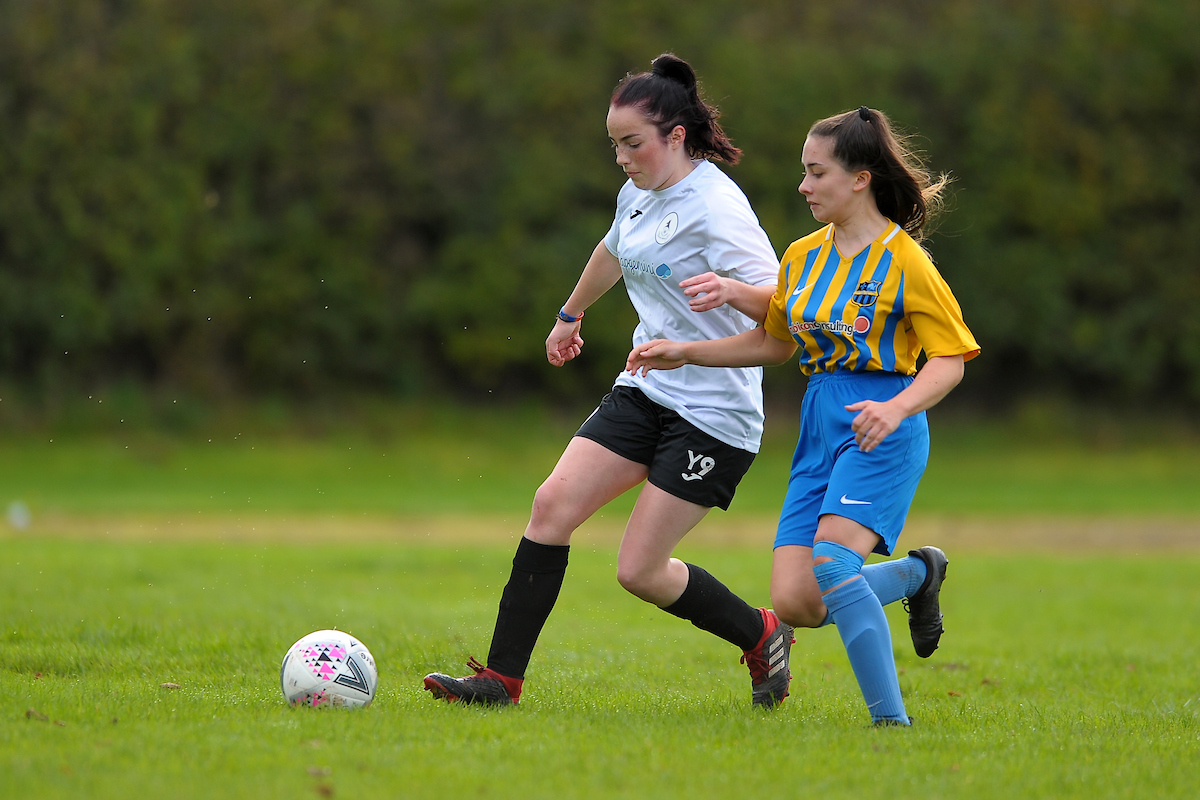 AFC Telford United can confirm we have extended the loan of Sky Blues defender George...