It was a welcome return to action for our Youth sides, with 16 teams representing AFC Telford this season. This weeks round up consists of games for 12 of these sides.

We start our round up with the Under 15 Girls, a new side playing under AFC Telford this season and they started the season in emphatic fashion away at Albrighton. Jess Walley led the way with 8 goals with 7 team mates netting on their debuts. The Under 13 Girls in their first game at 11v11 football also hit double figures against Newport. Last seasons leading scorer Mya Yee started her campaign off with 4 goals with debut goals too for Stella Asterley, Abi Harris and Lacie Everton-Holden.

It was a debut MJPL campaign for our Under 10 Boys as they faced Kewford Eagles at home and they started brightly creating a number of chances before taking the lead courtesy of Oliver Grice. However, Kewford hit back in the second half with two unanswered goals to take the victory. However the Under 11 Boys faced the same opposition in the MJPL Cup and ran out convincing winners thanks to goals from Cole Dexter on his debut, brothers Ethan and Aiden Rowland and Isaac Bateson.

The Under 14 Boys faced a 180 mile round trip for the first game of the season and they weren’t to be disappointed running out 8-0 winners against Banbury United. Ollie Corbett on his return to the club with opened with 4 goals, last seasons leading scorer Preston Whinnerah bagged a brace with two debutants Chace Clifton and Bailey Pinchin completing the scoring. Both our Under 13 and Under 16 Boys faced Hereford with both sides netting opening day victories. Freddie Williams bagged a brace in a 2-0 victory for the Under 13 Boys whilst the Under 16s came from behind to win 4-1 thanks to goals from Cole Thompson, Luke Ward, Finnbar Plant and Reece Clayton.

Our Under 11 Girls opened up their Shropshire Girls League campaign with victory against Shifnal Europeans. Caitlin McCoole netted 4 with Rosie Davies completing the scoring. Meanwhile the Under 10 Girls went down to a defeat against Meresiders. However, they can take great pride in their performance with a number of players playing team football for the first time.

The Under 12 Boys and Under 15 Boys both faced Phoenix United, both picking up 2-1 victories and both leaving it late to pick up the victories. Will Hardeman and Jack Davies netted for the 12s whilst Jack Howe and Anthony Duah turned around the deficit for the Under 15 Boys.

We end our round up with the Under 18 Boys who were looking to bounce back from defeat midweek in the FA Youth Cup as they travelled to face Alvis Juniors. They edged a 7 goal thriller thanks to goals from Ethan Pickford, Sam Edwards, Dan Gormley and Mike O’Toole. 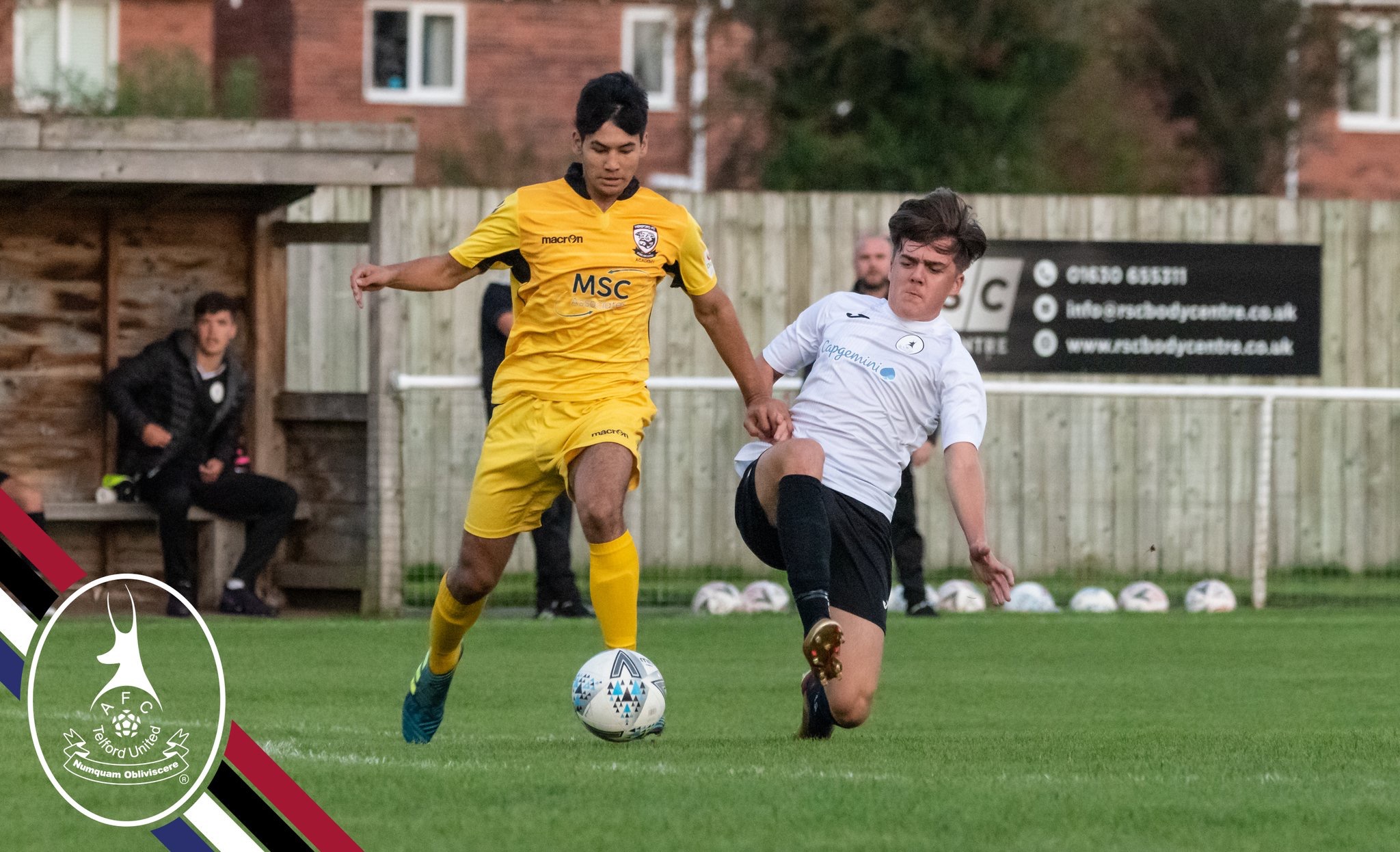 AFC Telford United can this evening confirm that we have parted company with manager Paul...

Kevin Wilkin has strengthened the Bucks goalkeeping department with the non-contract signing of...