The first game week of 2020 brought 7 fixtures for review starting with our Under 14 Boys who made the long trip to face Stratford Town Colts in the MJPL Cup. They were looking to revenge a 5-1 defeat against the same opposition before Christmas. It was a lighting start for the young Bucks who found themselves 3-0 up thanks to goals from Preston Whinnerah, Ollie Corbett and Jenson Bolton. The hosts fought back with two goals but it wasn’t enough to stop the Bucks progressing to the next round.

Also in MJPL Cup action were the Under 13 Boys who faced Alvis Juniors and ran out 5-2 winners. Despite letting slip a 2 goal lead, goals from Harry James (2), Freddie Williams, Riley Burnett and Tyler Harris secured their passage into the next round. It wasn’t such luck for the Under 12 Boys who exiting the MJPL Trophy despite a Charlie Evans goal against St Johns Villains.

The Under 11 Boys kept up their perfect start to the season with victory on the road at Anstey Nomads. Cole Dexter led the way once again with 4 with Josh Hicklin, Ethan Rowland and Tyler Roe also on the scoresheet. However the Under 15 Boys suffered a disappointing defeat in the MJPL Cup against local rivals Shifnal Harriers.

A depleted Under 18s Girls side put in a spirited performance but were beaten against Boldmere St Michaels. Finally the Under 10 Boys opened their 2020 campaign with a victory over Burntwood Dragons thanks to goals from Jenson Clark, George Hollis Terry and James Heller.

Normal service resumed this week as 12 teams represented AFC Telford and our roundup starts with our Under 15 Girls who were in league action against Albrighton. It was a solid performance from the girls as they ran out 5-0 winners thanks to goals from Courtney Castle (2), Jess Walley, Chloe Childs and Mollie Edwards. Meanwhile the Under 10 Girls were in Charity Cup semi final action against Meresiders and it was an extremely close fought contest which went all the way to penalties. It was heartbreak for the young Bucks who were edged out in the shootout as Meresiders progressed to the final.

It was an impressive 7-1 victory for the Under 13 Girls at home to Leominster. Lacie Everton-Holden and Eden Wallace both netted braces with further goals coming from Stella Asterley, Hattie Beadle, Frances Creen. Meanwhile it was also victory for the Under 13 Boys against Solihull as goals from Sam Ross, Riley Burnett and Harry James gave them a 3-1 victory. It was a hard fought draw for the Under 15 Boys as the twice came from 2 goals down to draw 3-3 with Basford, Brian Castle with a brace and one from Hanoch Boayke.

Our Under 10 Boys were in MJPL Cup action away at a strong Northampton GLK United. An early James Heller goal put the Bucks in a great position but they were unable to sustain this and went down 3-1. It was better fortune for the Under 11 Boys as they picked up another win against Evesham Robins. Tyler Roe led the way with a brace with further goals from Isaac Bateson and leading scorer Cole Dexter.

It was MJPL Cup action too for the Under 18 Boys who faced a tricky test away at Romulus. In a close fought contest decided by the odd goal in 5 it was Dan Gormley who was the star of the show with a hat trick. Meanwhile the Under 14 Boys made it 4 wins on the spin with a 3-1 victory over DS Juniors. Leading scorer of the youth Preston Whinnerah was on a hand with another brace and was involved in the third goal resulting in an own goal.

We end our round up with the Under 11 Girls who were action against Shrewsbury Up & Comers. It was an impressive defensive display from the young Bucks and and equally impressive attacking return as a Caitlin McCoole hat trick and one from Morgan Howells gave them the win. 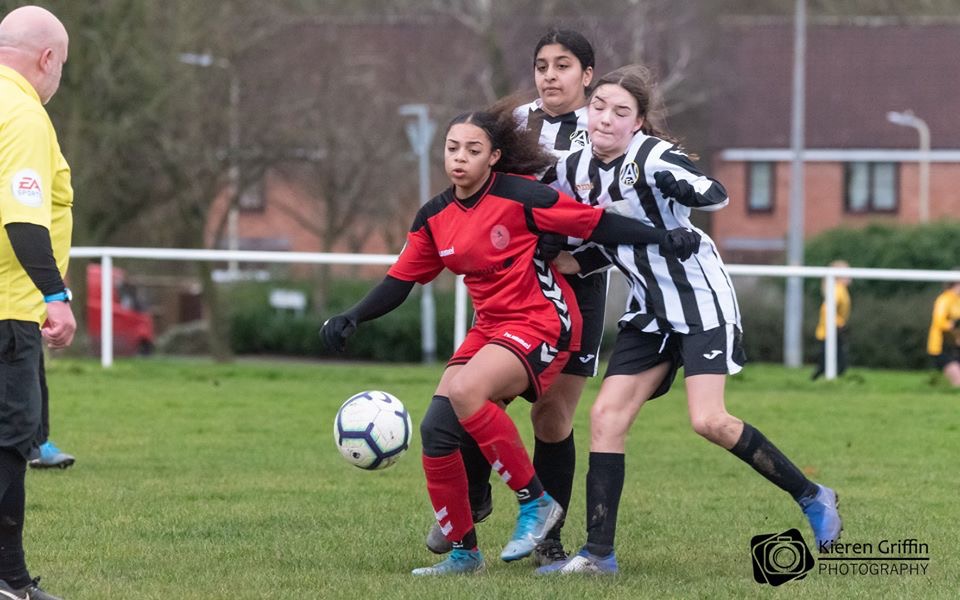 The Kevin Wilkin era kicks off this weekend when the Bucks make the long trip to the North...

Your guide to a matchday at New Bucks Head. AFC Telford United welcome Southport to the New...