Youth Round Up: Saturday 23rd November

We start this weeks round up with the Under 10 Boys who were in MJPL Cup action away at a strong Stafford Athletico side. It was the Bucks who started the brightest and found themselves ahead as James Heller cut inside on the left but smashing the ball across the keeper. After Stafford equalised early in the second half, Oliver Grice netted the winner for the away side calmly finishing 1v1.

The Under 16 Boys picked up a solid point against league leaders Proline Coaching Academy and were unlucky not to snatch it at the death as they were denied from a free kick by a great save from the keeper. Meanwhile goals from Jack Davies and Ben Corfield weren’t enough to stop them slipping to a home defeat against Solihull Moors.

The Under 14 Boys returned to winning ways with a victory on the road at Coventry Copsewood. Preston Whinnerah grabbed another hat trick with Carrick Baker netting his first of the season. Our Under 11 Girls were winners in the Charity Cup against Newport. Caitlin McCoole was the star of the show netting five to see them into the semi final where they will face Worthen Juniors.

Our Under 15 Boys were held at home to Caterpillar Juniors as goals from Jake Evans, Dan Corfield and Brian Castle weren’t enough to give them the three points. It was a close encounter for our Under 13 Girls as they edged out Shifnal Town 2-1, Mya Yee and Stella Asterley with the goals.

It was a mixed weekend for the Under 18 Boys as firstly they went down 2-0 at home to Eckington Juniors but redeemed themselves with a 9-1 victory over Shifnal Town in the Shropshire Youth Cup. Dan Gormley kept up his impressive run of form with 4 goals with further goals coming from George Scott (2), Jack Sweeney, Michael O’Toole and Ethan Pickford.

We end our round up with the Under 13 Boys who sit strongly near the top of the table. They entertained Heath Hayes looking to keep the pressure on the league leaders Boldmere. They did so in convincing fashion racking up 8 goals in the process courtesy of Tyler Harris, Sam Ross, Harry Bailey, Alex Sharpe and Callan Adcock.

It was another weather hit weekend of action as the big freeze took over the fixture schedule. We start out round up with the Under 12 Boys who were looking to get back to winning ways as they face Team ACE FC. It was a debut to remember for new signing Jack Beech as he struck a hat trick. Further goals from Charlie Evans (2), Jack Davies and Lewis Upton gave them a 7-1 victory.

The Under 10 Girls made it three wins on the bounce with victory over Bridgnorth Town. Jasmine Millis and Ellie Scrace both grabbed braces with further goals coming from Lacara Murray and Stacey Karikari. Against the same opposition it was a similar result for the Under 13 Girls and goals from Frances Creen, Hattie Beadle, Lacie Everton-Holden, Stella Asterley, Eden Wallace and Darcy Miller gave them a 7-1 victory.

It was a local derby for our Under 14 Boys as they entertained NC United. It was a close run fixture but it was the Bucks that edged the nine goal thriller thanks to braces from Preston Whinnerah and Chace Clifton and one from Josh Pryce. Meanwhile, the Under 10 Boys were in action away at Berwswich and were in fine form. Callum Lauder led the way for the young Bucks grabbing 5 with further goals coming from William Mort, Oliver Grice and Jacob Quinn.

Our Under 18 Boys faced a tricky fixture away at Rushall looking to keep the pressure on those near the top of the league. Dan Gormley led the way with 4 taking him to 20 goals for the season. Further goals from Arron Eccleston, Elliot Christlow and Sam Edwards gave them a commanding 7-0 victory.

We end our round up with the Under 15 Girls who were in action in the Charity Cup semi final against SAHA FC looking to book a place in the final against TNS. Two goals from the returning Maddie Williams and one from Courtney Castle secures them their final place.

A great weekend from all teams involved with 7 wins from 7. 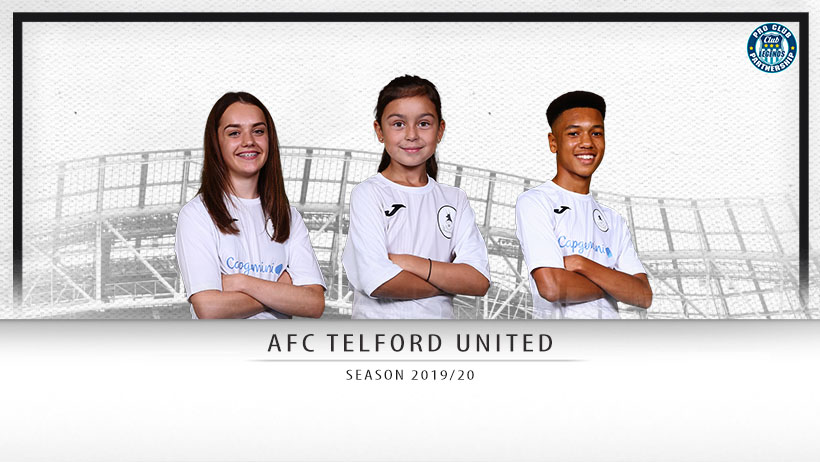 AFC Telford United will travel to the Liberty Way on Saturday 11th July for a friendly with...

The Bucks will look forward to a fourth consecutive away trip within the space of a few weeks as...