AFC Telford United are pleased to announce that Wolverhampton Wanderers will continue to play their U23s PL2 D1 fixtures at the New Bucks Head during the 19/20 season.

Following their promotion last season, Rob Edwards’ side will compete in Premier League 2 Division 1 for 2019/20, against the best youth teams in the country.

The 2018/19 Division 2 champions will begin their league campaign on Monday 12th August with a trip to the south east to take on Brighton before returning to the New Bucks Head on Monday 19Th August when they host Everton 7pm kick off.

Under-23 head coach Rob Edwards spoke to the Wolves official club site said: “We are really looking forward to getting our first season in Premier League 2 Division 1 underway following our promotion back in April.

“To compete against the other top development teams in the country is reward for all the hard work of the players and staff during what was a brilliant Division 2 campaign last season.

“It’s going to be a tough year for the under-23s as our games programme is expanded to four competitions, but we all can’t wait to get started.”

PL Fixtures to be played at Telford. Please note, fixtures are subject to change. 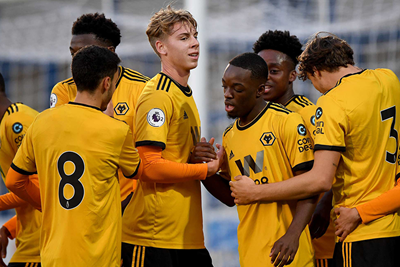 After victories against Darlaston, Droitwich and Port Vale respectively, AFC Telford Women are back...

Telford travel to New Meadow Park this weekend to take on Gloucester City. The Tigers sat top of...

Telford face Yorkshire opposition at the New Bucks Head for a second weekend in a row....