Walker looks ahead to the trip to Curzon Ashton

Adam Walker insists that the Bucks need to put right their wrongdoings and says “it’s up to us to start doing that”, with the midfielder keen to keep the forwards surge to the playoffs a realistic target.

Walker,28 , says that the club set up is of a sufficient quality and that his time so far with the Bucks has been an enjoyable one. Walker has scored twice for club since arriving from Brackley Town in the summer and scored last weekend against Boston United.

He claims that he is focused on helping the team reach their aspirations and targets, as well as that the team must take it upon themselves to continue to build off their previous two outings before the Boston match.

“It`s a great club to be at but we want to be higher up the table and until that happens I can’t completely enjoy myself. I love the set up and everything’s great, we have had a few ups and downs, and Saturday was alright, but at the end of the day I am more focused about the team.

“I have played in teams in the past where some people have said that we were poor sides, but we have won leagues; it just shows you that you have got to get that momentum and winning games in a knack of doing that, it’s up to us to start doing that.

“We’ve got a one nil lead at half time and we have got to do better than that, we needed to be a bit more solid and come out with three points. It’s disappointing, because we have had two good performances and we’ve kind of let ourselves down by losing at home.”

He believes that they have handled themselves well against some difficult outfits and that game management is a key feature to the why the game went against the Bucks Saturday. He says that there are fine margins however the collective will have to show unity and attempt to be more streetwise when going forwards.

“The game plans have been great, we’ve stuck in there and we’ve done well against some really tough sides, at the end of the day it’s fine margins. Even on Saturday we had done well at times but there were certain things that were against us.

“We defend as a team, from the strikers all the way down to the goalkeeper, it`s a collective, if you look at the goals Saturday, it was game management maybe.

“We have a player down injured and we have got to kick the ball out and regroup. The ball has stayed in play and they have scored it. Before it’s 2-1 all of a sudden.”

He ends off by stating that the team are striving to put a more of a consistent run together however for that to happen then they must put things right. Also that the team need to go Curzon Ashton and do the best they can to go and get the win.

“We want to be in and around the playoffs, we are not far off it. So if we can get ourselves on a run then there is no reason why we shouldn’t, we have got to put things right and we can’t just keep having two good performances and letting ourselves down.

“Curzon are a good side and they have always done quite well at home, we need to win the game, bounce back and win the game at the end of day, it’s as simple as that.” 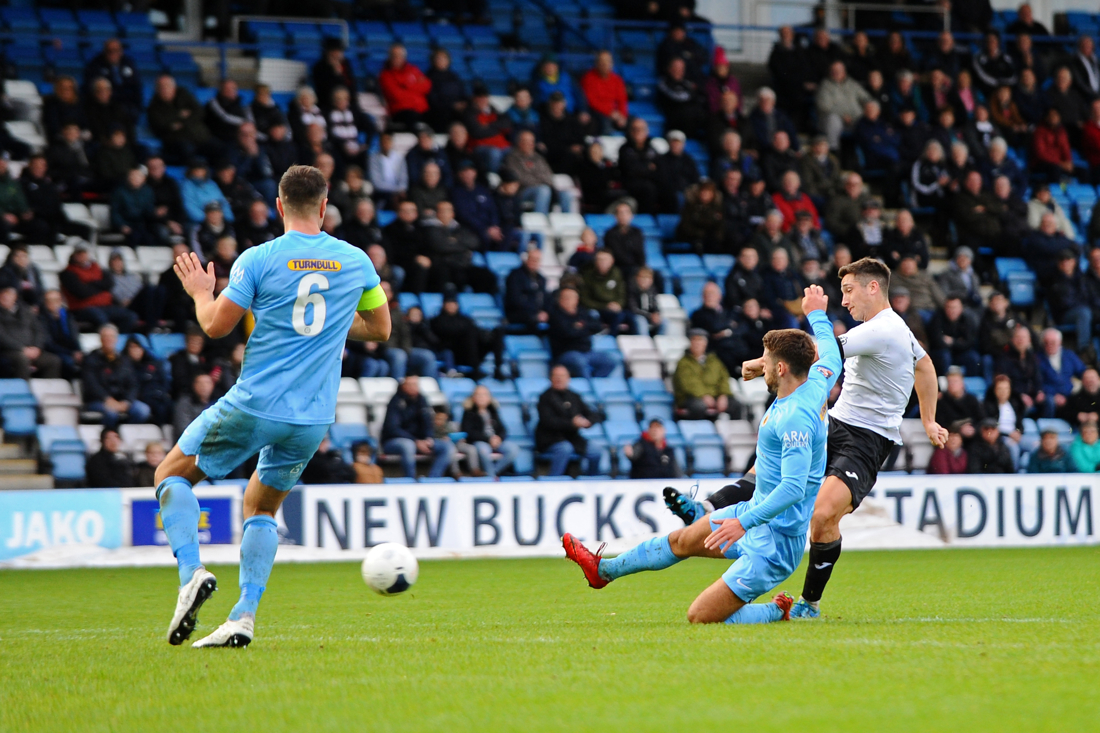 The Bucks will make the long trip to Northumberland this weekend to take on Blyth...

Development Centre for the 2022/23 season