Former AFC Telford United manager Steve Kittrick was the man in charge in the opposition dug out on that memorable afternoon, Sunday 15th May 2011 as Telford were promoted to the Conference.

Steve who was manager of AFC Telford United from December 2015 until August 2016 recently caught up with Football Operations Manager Luke Shelley to talk through his memories of the play off final and his time in charge of Telford.

Steve’s Guiseley then went on to threaten at the top of the Conference North table for three consecutive years, finishing second for two seasons but losing out in the play-offs on three occasions including one of them defeats at AFC Telford United in 2011.

“We had a really good couple of months after Christmas which guided us into the play-offs where we finished fifth, we beat Boston in the semi final and it set us up nicely for the final at Telford”

Despite Guiseley being the underdogs on the day, Kittrick always felt his side would cause an upset on the day.

“Although we finished fifth below Telford in the league, we were going into the game confident.
Our preparation was very good; I remember walking onto the pitch before the game and seeing our supporters in the bottom section of the stand while the rest of the ground was filling up.

All I wanted us to do was play good football like we had done most of the season, I needed the players to relax so we walked out onto the pitch before the game and I remember telling the players this is a piece of grass which is a fantastic surface with seats around it, it’s another game and all we need to do is continue like we have done most the season. Once everyone had relaxed, I think we were just excited to get the game going”

“ I remember Telford scoring a penalty early doors but I always felt we would get back into the game, I felt we dominated for long periods and If I am honest we should of really made it 3-1 before Telford equalised
“I got one or two tired legs and Telford made a couple of adjustments from the bench which affected the game, we only had two fit players on the bench that day and I knew I had to leave players on the pitch that were running on empty”

In the build-up to the winning goal Steve and his backroom staff were already planning for penalties and they knew if they could just get the ball to the other end of the field that they would be there.

“The quality Telford had on the bench made a huge difference, once the goal went in, we knew it was all over, we were hanging on before the goal and too many of our lads were running on empty. I could see the goal coming, we were getting deeper and deeper.

Once it was all over Steve will always remember the brilliant job the stewards did to allow him and his players to thank their travelling support.

“ I remember we came back into the changing rooms and some of the players didn’t want to go to back out, I felt it was important we thanked our supporters and showed some dignity on what we done, we needed to stand there and clap Telford on their victory”

“I had the privilege of managing Telford later on in my career and I always felt if I had come in a few months earlier we could have stayed up that year in the conference.

I loved every minute of it, It took me 2 hours to drive to Telford but that did not bother me as there was some great people involved at the club with some great supporters and Telford is a good club. You have some excellent people involved with the running of the club and it makes a huge difference”

Steve was sat in the stands for his first game away at Chester in the FA Trophy when Andy Pryce and Andy Todd guided Telford to a penalty shoot-out victory but it was the away fixture at Wrexham a month later which will always live long in the memory of many Telford supporters.

“We had some excellent away victories during that season but the four-nil victory at Wrexham was a particular favourite, I remember the travelling supporters who were so pleased with the performance, Telford had not won at Wrexham like that for a long time 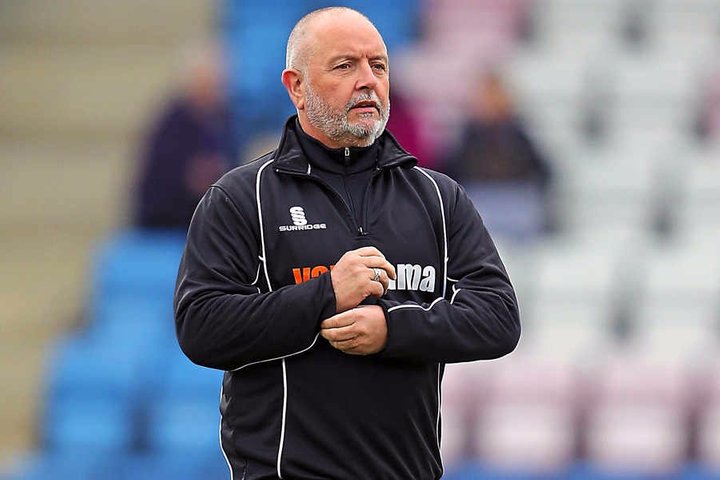 AFC Telford United delighted to announce the reopening of the Club Shop on Saturday 18th July...