Southport v Gateshead
• Southport are without a win in five games and most recently lost 2-1 at home to Kidderminster Harriers.
• Gateshead’s 11 game unbeaten run came to an end on Saturday with defeat against title contenders King’s Lynn Town. Their away form is strong and they haven’t lost on the road in seven games.
• Southport’s home record is middling. They have lost seven of their 16 games at Haig Avenue this season.
• The two sides drew 0-0 on opening day.

Spennymoor Town v Hereford
• Spennymoor host Hereford this weekend, looking to get their Playoff ambitions back on track after a chastening 4-1 defeat at Altrincham on Saturday.
• Spennymoor have been strong at home this season, having only lost three times there and scoring 41 goals in the process. Crowds at Brewery Field have seen more goals than any other ground in the division, with 62 goals scored there this season.
• Hereford are unbeaten in three games on the road, with their most impressive result a 4-1 victory at leaders York City.
• It was 2-2 in the fixture earlier this season, with Tom Owen-Evans bagging Hereford’s equaliser.

Alfreton Town v Brackley Town
• Prior to their 3-1 defeat to York, Alfreton went five games unbeaten at home.
• Brackley hit five past Blyth Spartans at the weekend and they are keeping pace near the top of the table in fourth place.
• Brackley hosts are currently six games unbeaten – the longest current unbeaten run in the league.
• Brackley won 1-0 on the opening day of the season, with Shepherd Murombedzi on the scoresheet.

York City v Altrincham
• Leaders York have a tricky fixture against Altrincham in order to maintain their two-point advantage over King’s Lynn Town – although Lynn have three games in hand.
• Despite their league position, York only have the eighth best home record in the league and they have failed to win on eight occasions at Bootham Crescent this season.
• Altrincham travel to North Yorkshire as the league’s in-form side. They have picked up 13 points out of a possible 18 in their last six games.
• York came from a goal behind to win 3-1 on opening day. 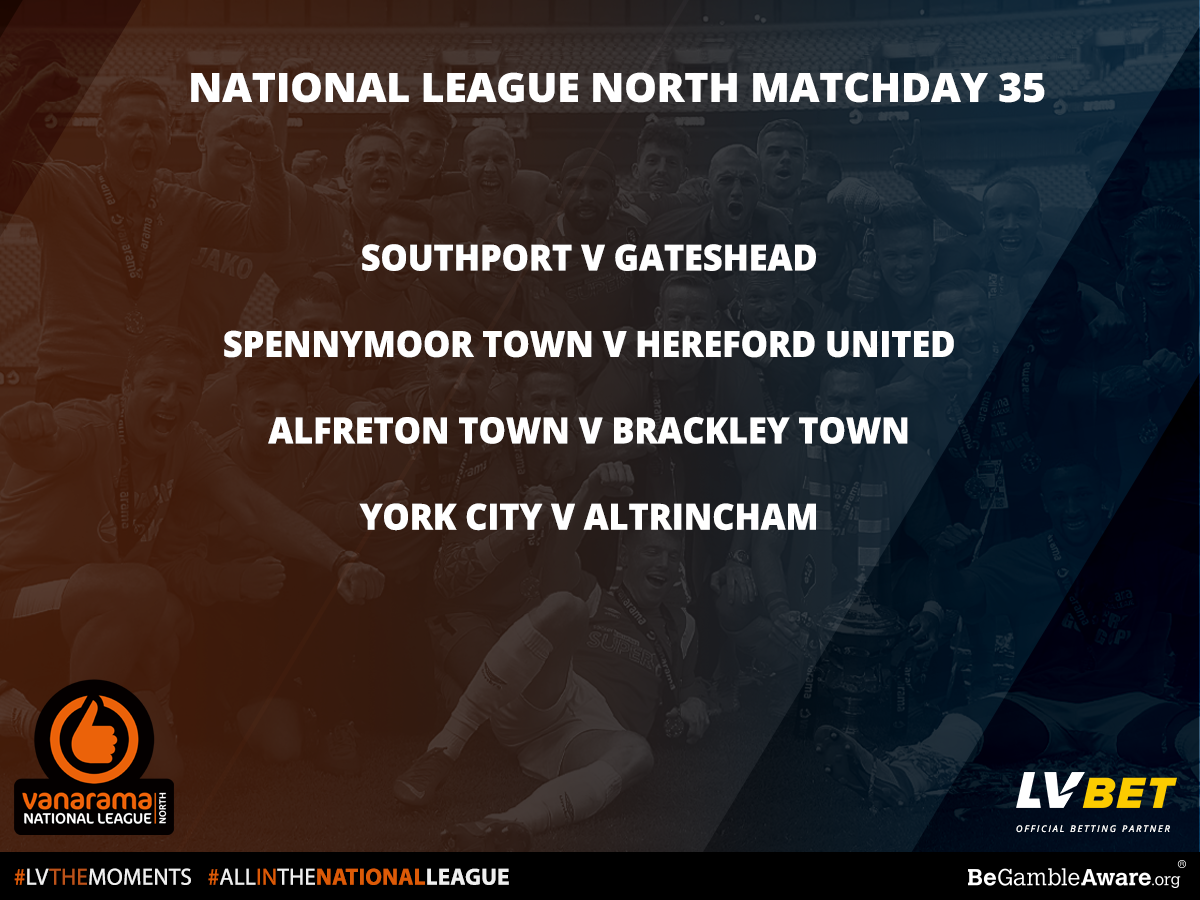 The Kevin Wilkin era begins on Saturday when the Bucks make the long trip to Scarborough Athletic...

AFC Telford United will will be supporting Shelter’s #NoHomeKit campaign by wearing our red away...