Alfreton Town v York City
• Leaders York slipped to a 4-1 defeat at home to Hereford on Tuesday, meaning their at the top was cut to just two points.
• Alfreton are still reeling from a 5-0 defeat to Spennymoor but they are unbeaten in their last five home games, winning the last three.
• York have the best away record in the league this season, picking up 31 points out of a possible 48.
• The Minstermen won 1-0 earlier in the season, with Jordan Burrow scoring the only goal of the game.

Gateshead v King’s Lynn Town
• Second place King’s Lynn are without a win in three games and travel to Gateshead looking to return to the top of the table.
• King’s Lynn are prolific on the road and are the league’s highest scorers away from home, with 27 goals.
• Gateshead have the longest current unbeaten run in the entire National League. They haven’t lost in 11 League matches.
• Adam Marriott helped King’s Lynn to a 1-0 victory when the sides met in November. Marriott is now on 28 goals for the season.

Curzon Ashton v Boston United
• Fresh from Tuesday’s 0-0 draw at Brackley, third place Boston travel to Curzon Ashton, who sit in 19th.
• Boston have the best away form in the league, picking up 13 points from a possible 18 in the last six games on the road.
• Curzon Ashton have won just one of their last nine games, a 4-0 win against Farsley Celtic.
• The game finished 0-0 when the two sides played each other in Boston earlier in the season.

Altrincham v Spennymoor Town
• It’s sixth versus seventh, with just two points separating these playoff contenders. After 32 games played, both teams have scored exactly 58 goals each this season.
• While Spennymoor are on a seven game unbeaten run, they have only won one of their last seven away games.
• Meanwhile, Altrincham have been resolute at home this season and haven’t lost at Moss Lane since their opening day defeat to York City.
• Spennymoor edged it 3-2 when they faced each other last month, in a performance that included a beauty from Rob Ramshaw.
Top Picks from LV BET 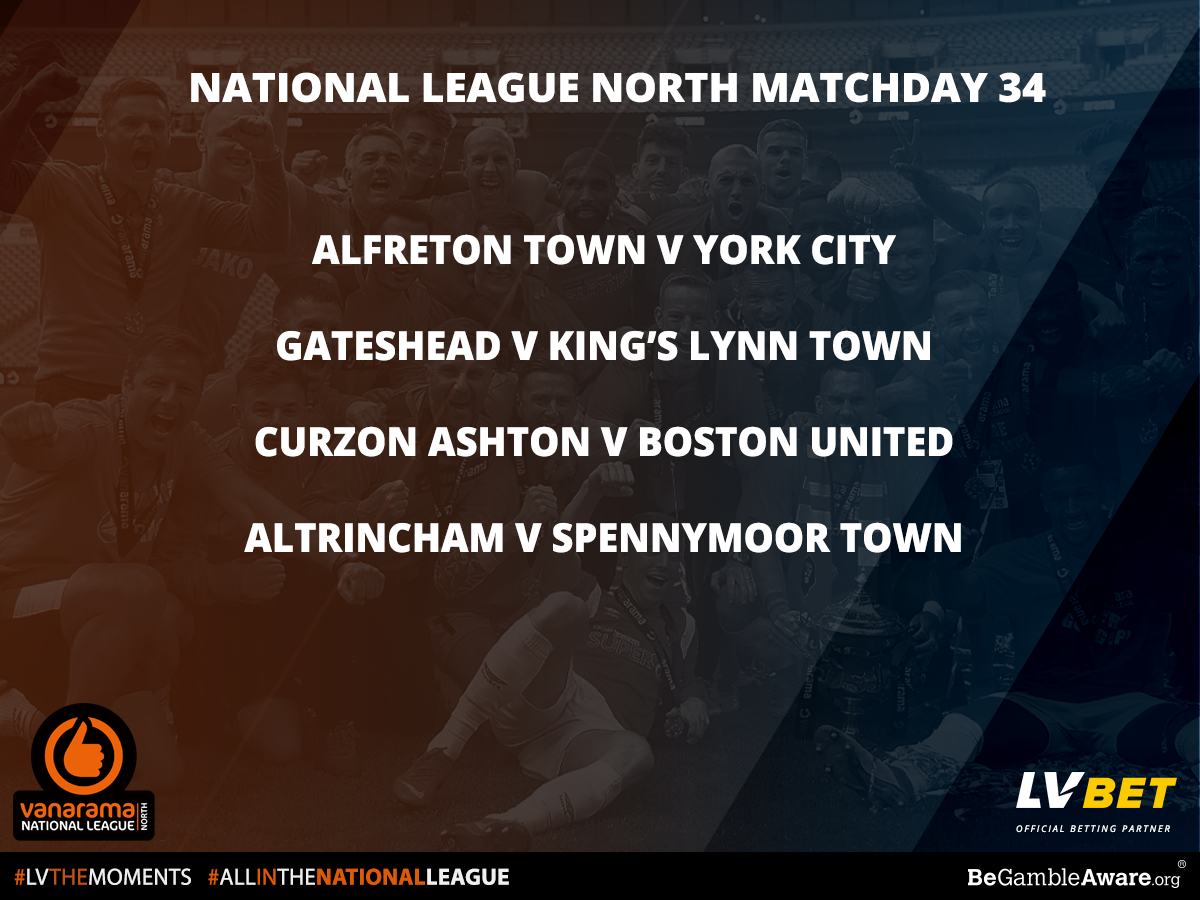 The new Vanarama National League season is edging ever closer. With the excitement starting to...

AFC Telford United are delighted to announce the permanent signing of Sam McLintock from FC Halifax...