• Gateshead are now just one point off the play-offs having not lost since they played Blyth Spartans on Boxing Day.
• Leamington currently sit in 15th and have struggled on the road this season, losing eight times already.
• Gateshead have kept four clean sheets in a row and have conceded only 25 goals, the third best defence in the league.
• The two sides met in January, with the game finishing 0-0.

• It’s second v third with York currently enjoying an eight-point advantage over Chester.
• York have kept 14 clean sheets this season, the most in the league. Only Boston and Brackley have conceded fewer goals at home.
• Chester are the league’s second highest scorers but only 19 of their 48 goals have come away from the Deva Stadium.
• York were 1-0 winners when the two sides met in October, with Dan Maguire scoring the only goal of the game.

• Seventh-place Darlington will be looking to bounce back from their defeat to Chester last weekend which ended their great recent run.
• Guiseley have the fifth best record away from home and have scored 22 goals on their travels.
• Darlington have only lost three times at home this season, and beat Alfreton 3-0 in their last fixture at Blackwell Meadows. They have won four in a row in front of their fans.
• It was 2-1 to Darlington when the two sides met in January, as Will Hatfield’s goal proved the decider. 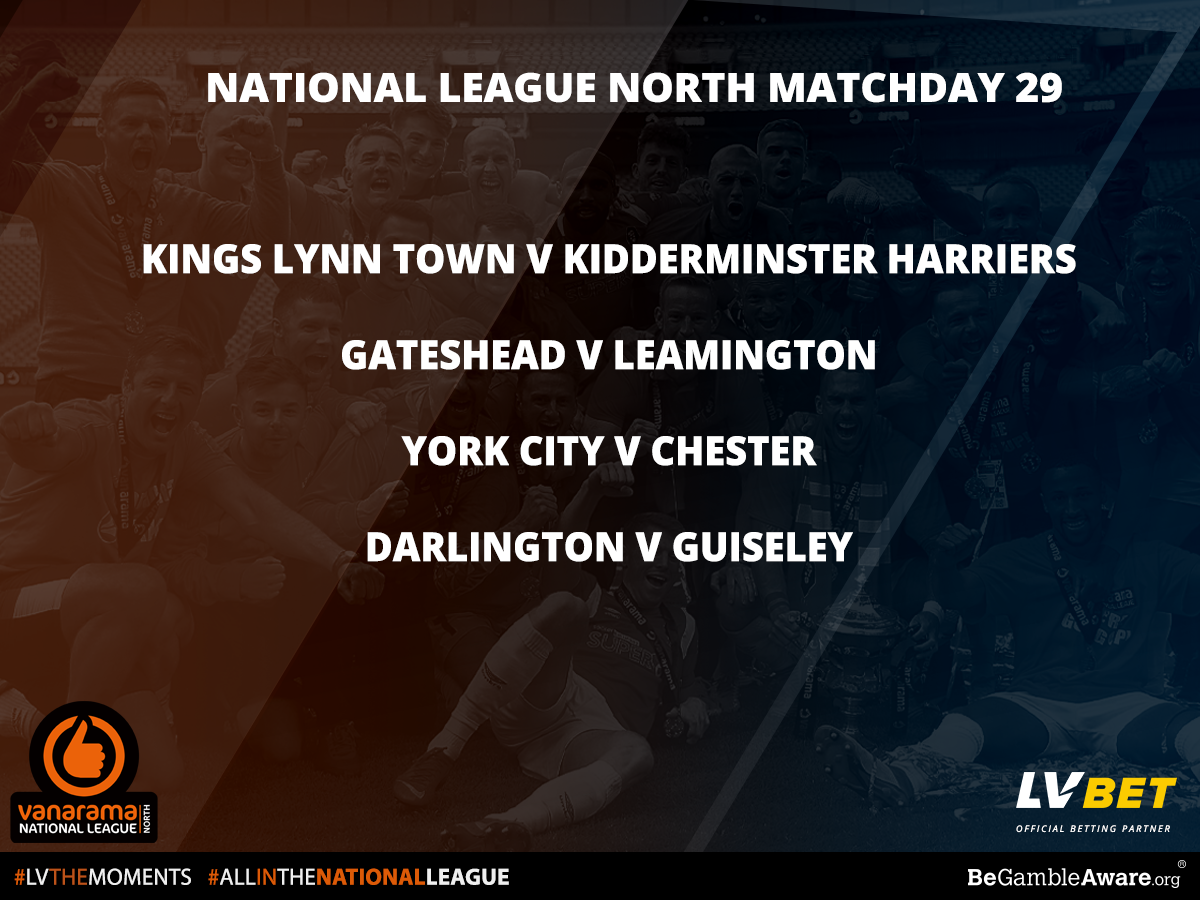 Your guide to a matchday at New Bucks Head. AFC Telford United welcome Southport to the New...