York City v AFC Telford
• York City will close the gap on inactive leaders King’s Lynn to one point with victory at Bootham Crescent.
• Telford are better away than they are at home and have lost just four times on the road.
• Jordan Burrow has already scored three goals in 2020. He has 12 this season as is York’s top scorer.
• The Bucks haven’t conceded more than one goal in a game for five matches. A narrow defeat to Brackley last time out was their first loss in that run.

Altrincham v Guiseley
• Altrincham have won five matches in a row and have lost just one game in their last ten.
• Guiseley have taken nine points from a possible 12 after doing the double over Farsley and also beating title-chasing York City.
• Altrincham haven’t lost at home since the opening day – and have failed to win just twice at Moss Lane since then.
• The teams drew 1-1 back in October but are now separated by just one point.

Hereford v Bradford PA
• Hereford have won just once since the first week of October – a run of 15 matches.
• Bradford have lost nine of ten and have let in 67 goals already – and they have only scored 16, less than anyone else.
• Hereford have lost only twice at Edgar Street but have only tasted victory four times in total.
• Avenue ran out 3-2 winners in this fixture back in October at the Horsfall Stadium.

• Blyth Spartans sit in 21st while Curzon are just outside the drop zone – one place higher.
• Blyth have only won two of their last ten home games and have taken one point from their last 12 available in front of their own fans.
• Curzon’s point at Boston United on Tuesday was just the second time they have avoided defeat in six games.
• Blyth won the fixture at the Tameside Stadium 1-0 in October thanks to Hanani Amantchi’s match-winning goal. 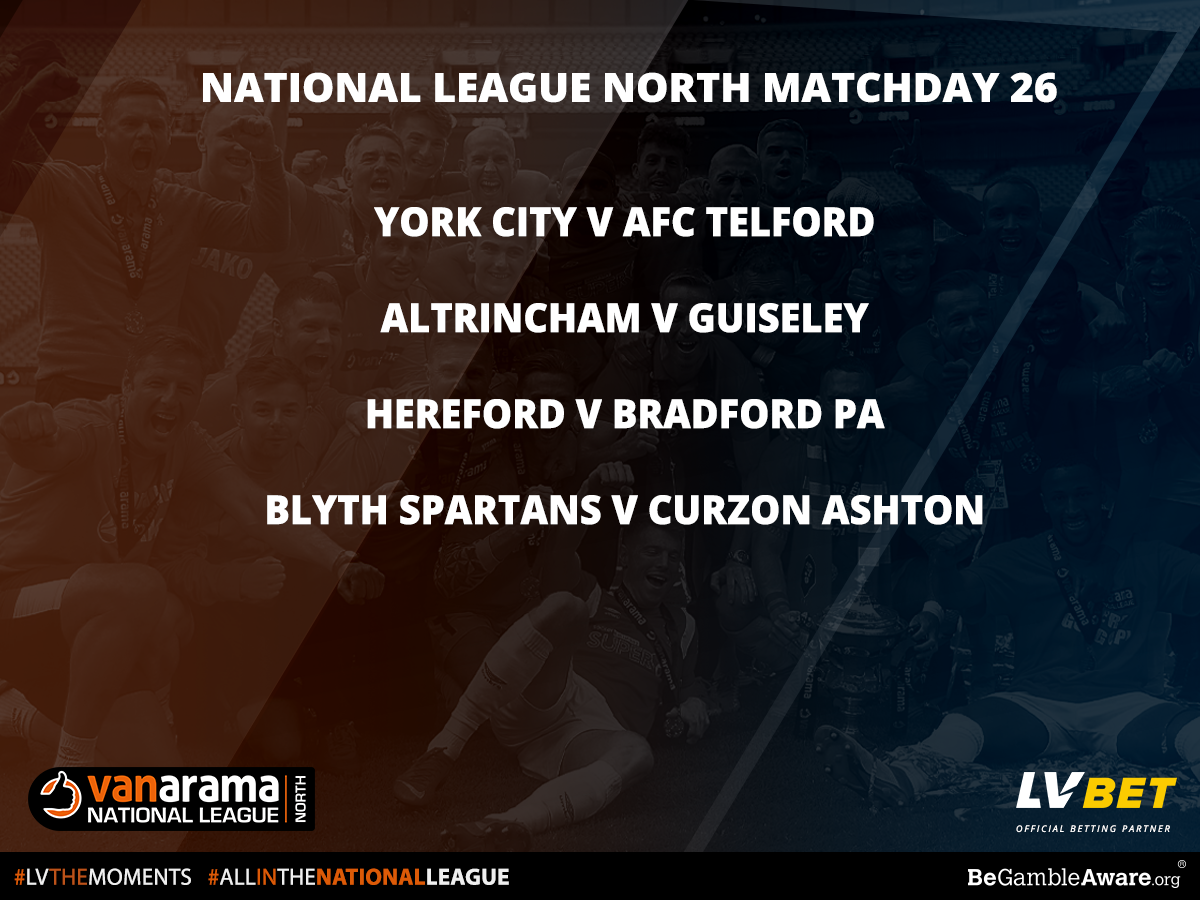 The Bucks kick off the festive fixtures with a home match against Chester. The Blues are currently...