• Leaders York City remain unbeaten, Tuesday’s win over Boston United means they have won four of their last five league outings.
• Kidderminster have the fourth-best away record in the league but haven’t won on the road since late August.
• York City have only conceded more than one goal once this season – and they have failed to score in just two of their 15 league games.
• York haven’t beaten Kidderminster at Bootham Crescent for more than a decade – winning 3-2 back in September 2009.

• Darlington have won their last six games in all competitions – with three straight wins in the league.
• All five of Hereford’s defeat this season have come away from home – conceding at least three goals in each defeat.
• Darlington’s top scorer is summer signing Adam Campbell, who has six goals to his name this season.
• Hereford have lost their last two league games – they have only lost more than two consecutive games once in their history.

• Chester are riding high in second – but defeat to York City last time out means they are without a league win since mid-September.
• Brackley are unbeaten at home all season, averaging more than 2.5 goals per game in the process.
• Akwasi Asante is Chester’s top scorer this season – he is in red-hot form with ten goals in his last nine league games.
• Brackley Town have never beaten Chester in a competitive game. The past three meetings between the two have been drawn.

• Despite winning his first game back, Mark Bower’s Bradford PA have lost their last two games without scoring.
• Kettering have conceded at least two goals in all but one of their home games so far this season.
• Bradford (Park Avenue) have won just once on the road all season, conceding an average of three goals per game.
• Kettering have won just once at home since their opening day win over AFC Telford.

6/11 York to continue unbeaten season by beating Kidderminster
5/7 Both teams to score in Darlington v Hereford
19/5 Over 2.5 goals in Brackley v Chester
15/1 A goalless draw between Kettering and Bradford PA

New LVBet customers will get a 50% bonus of up to £50 on first sports betting deposit. Claim the welcome offer here! (t&c’s apply) 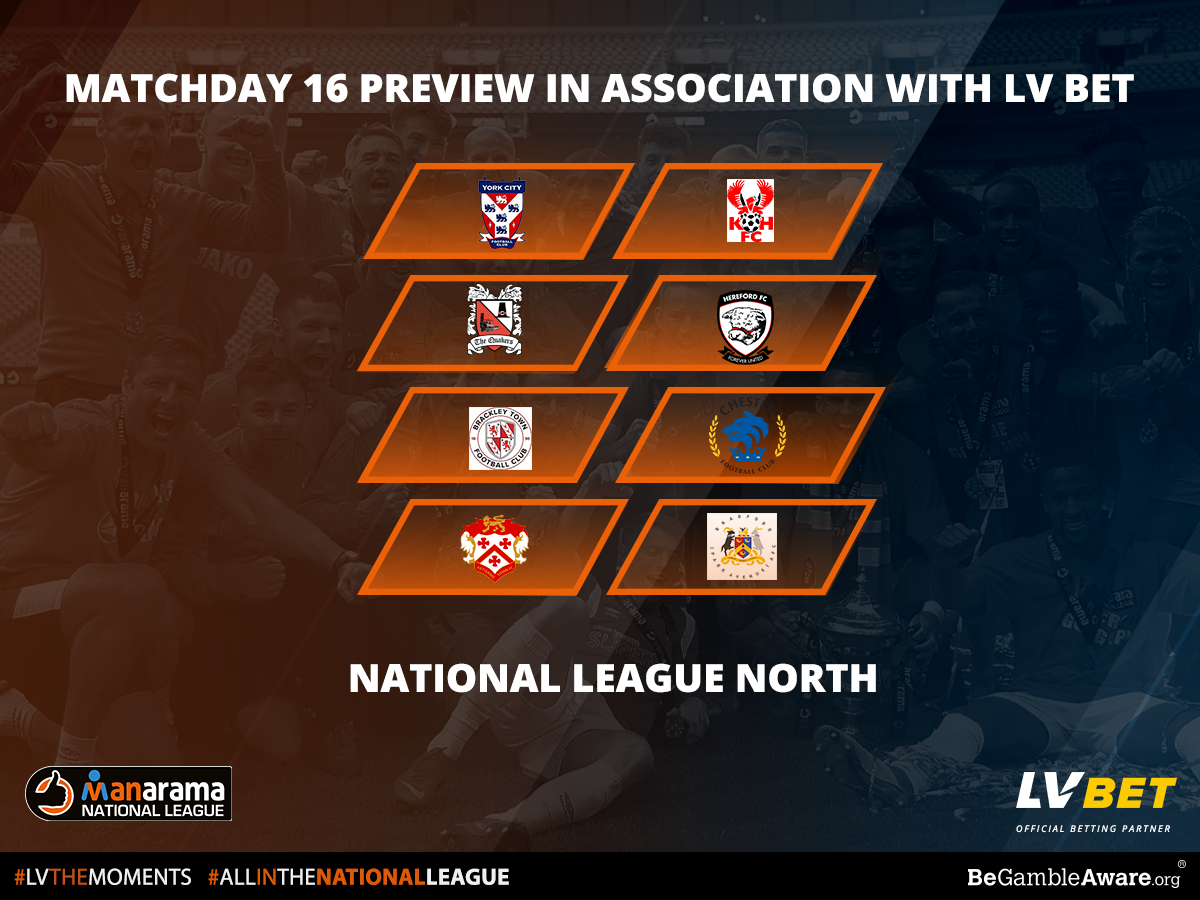 The National League are pleased to announce 32Red and Unibet as the Official Betting Partners of...

AFC Telford United will play Market Drayton this evening in a friendly at Greenfields. The...

AFC Telford United are delighted to announce our latest new signing of the Summer, Aaron Williams...