• The top two face each other in the National League North on Saturday as unbeaten York City travel to second place Chester.
• Leaders York City are still yet to taste defeat after 13 matches and boast the division’s best defensive record, conceding just 7 goals to date.
• Chester have only suffered one defeat themselves and know that victory will take them to the top of the table.
• The Blues have drawn each of their last three matches.

• Third place Farsley Town saw their run of four consecutive wins come to an end last time out.
• No side in the division has won more games (8) than Farsley Celtic.
• Brackley sit seventh in the league with three wins from their past five matches.
• Only leaders York City (7) and mid-table Gateshead (9) have conceded fewer than the 10 that Brackley Town have let in so far this campaign.

• Back to back defeats have put the brakes on Hereford’s rise up the National League North table.
• Three consecutive victories prior to that have left them in ninth place with 21 points to their name.
• It’s particularly congested in the top half of the table, with visitors Alfreton Town just one point better off than their hosts but four places higher.
• Only second placed Chester (31) have scored more goals than Alfreton Town (27) this season.

• An inconsistent run of results including two wins, two defeats and a draw from their last five matches, sees Kidderminster Harriers in 14th place.
• These two sides have only met once before, with Kidderminster running out 5-1 winners in a 2008/09 FA Cup tie.
• Kings Lynn Town are without a win in their last four matches, drawing three of them.
• But they remain just four points off the leaders and have been beaten just twice so far this campaign.

New LVBet customers will get a 50% bonus of up to £50 on first sports betting deposit. Claim the welcome offer here! https://sports.lvbet.com/en/promotions/sb-new-welcome-offer-uk?utm_campaign=LVBET_9.8.2019&utm_source=hs_email&utm_medium=email&utm_content=2&_hsenc=p2ANqtz-8rOzdav-x6Z2UyOjE0XmR9HsGS2fZ9bn7KnutDSjdITxDKH5xmF15ZBsCKbUxLBHtGCONbtUAccshLtk0AtQXHRtRLOdYf7xuYPO-le0EWA3n4J-Y&_hsmi=2 (t&c’s apply) 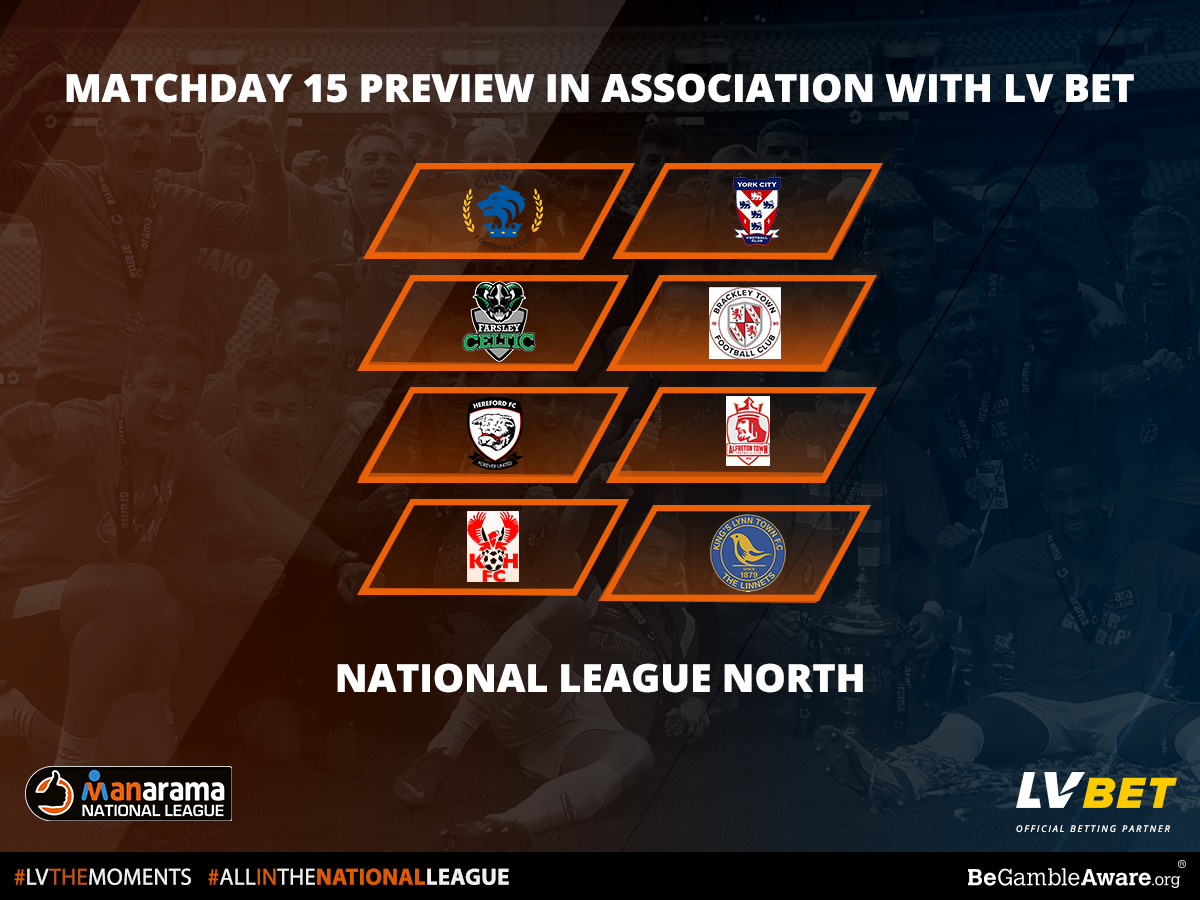 AFC Telford United are pleased to announce that Wolverhampton Wanderers will continue to play their...

The Bucks are in FA Trophy action next weekend, when Kevin Wilkin’s men travel to...