As the winter months approach, so does the congestion of fixtures for AFC Telford. Having played 5 games so far in the league, we used this as an opportunity to catch up with captain Shane Sutton, who examined how the season has unfolded so far and what we can expect from the next sequence of games.

Telford currently sit 7th in the National League North after they started the new campaign unbeaten in three, commencing with a faultless 3-0 victory over Brackley Town. Despite their impressive start, Sutton’s captain-like determination meant he could not discuss the season so far without pointing out that improvements must still be made.

“It’s not the start to the season we were hoping for, we started off fairly good and we’ve kind of dropped off a bit as of late,” he explained.

“We’ve just got to try and find some consistency in our performances. We have got to work hard in training as the lads always do and hopefully that then is translated on to the pitch. As long as we work hard and keep doing the right things, I am sure we will get results.”

Telford are gearing up for what is the start of the congestion as they play on both Saturday and Tuesday in two consecutive weeks. One of the talking points ahead of the 2020/21 season was around player fitness. Having spent a lot of time at home, it could have been easy to drop off.  However, Sutton suggests this is not the case for Telford.

“I think that we have got a group of really fit lads and the gaffer trusts players to do their own individual work as well as the work we do with Telford, so everyone is looking quite fit. To be honest we had a really long pre-season compared to anything I’ve had before.”

The skipper has called upon his players to “stick together” over the next few weeks as their schedule is busier.

“Obviously you have to be lucky to keep short of injuries and just keeping clean sheets or conceding less (will help us a lot). With the three-up top of Oswell, Aaron Williams, and Jamie Hardy, if we can keep the goals out at the back, we will definitely score a lot of goals throughout the season. If we, as a team and as a defence, then we will also score lots of goals.”

This coming week of fixtures will prove to be a big test for The Bucks, who face Southport at home who are level on points with them. This is sharply followed by a contest against early league leaders Gloucester City away from home. 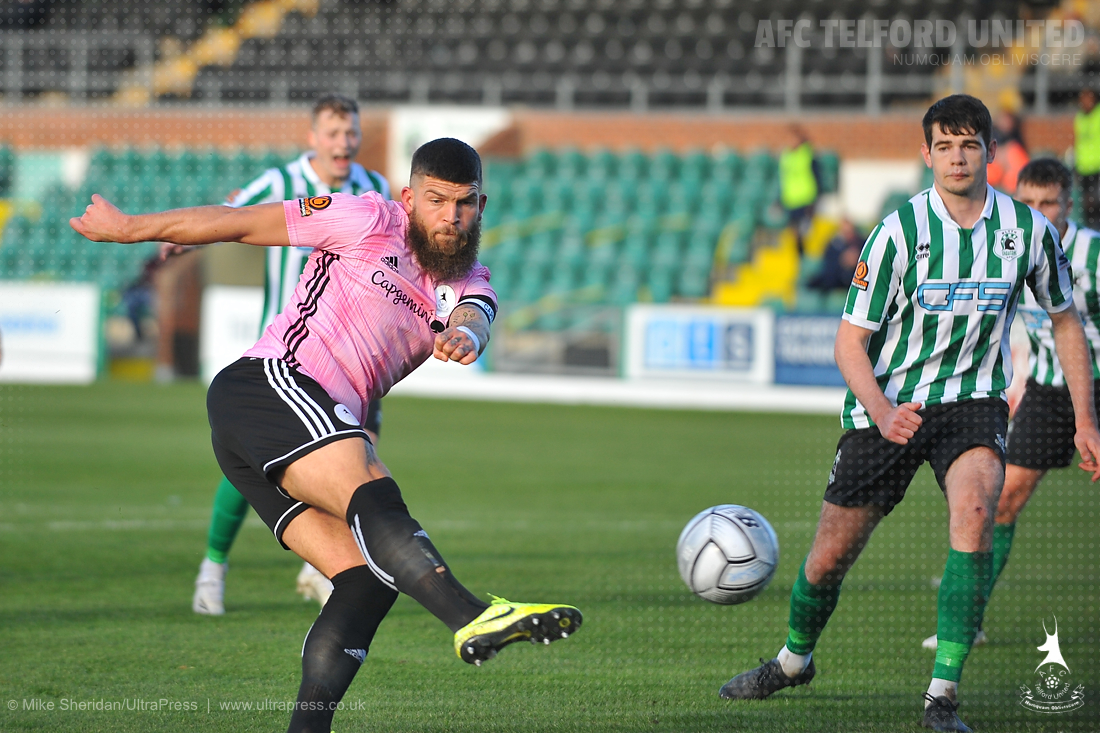 Our fixture away at Darlington which was postponed on the first day of the season (14th August)...

AFC Telford United are delighted to announce the signing of goalkeeper Luke Pilling from Stafford...