Ryan Barnett says he wears his heart on his sleeve and during his time at the Bucks wants to do what’s best for the fans. He is just a local boy living his footballing dream who wants to help Telford realise their aspirations.

He says his best position is as an out and out winger where he became accustomed to taking up a position on the right hand side on a regular basis this term.

He also states that his game is still being worked upon and is eager to feature more times on the scoresheet, with his positions that he gets himself into proving a factor to why getting goals more frequently will progress.

“I would probably say I’ve adapted to be more of a right winger than a number ten but I like to think of myself as an adaptable player and if the gaffer asks me to play anywhere then I will play there.

“Keep practising at it, last year I only got one or two goals and I think it’s nowhere near what my ability shows and I just want to be here and score as many goals as I can for the team. I think a lot it is down to teammates as they know what positions I’m going to pick up, the gaffer just says give the ball to Barney because he backs my ability and I get into those situations and try to do my best.”

The team can still make the playoffs a realistic goal with Barnett knowing the hurt of last years’ narrow miss proving key in how they can push for a late charge. Although currently lying in md-table the results may not have always necessarily reflected the performance with fine margins proving to be decisive in games.

“We take that hurt from last year, sitting in the changing rooms at York when we missed out, you just think about it before every game. We want to push and thrive for the playoffs this year

“We’ve watched all the games back and I don’t think we have had a poor performance really, it’s just fine margins where we concede a goal and like I had a chance at Farsley Celtic (good opening missed.)

He ends with how he has always been a follower of the Bucks, right from an early age to now living the dream where his younger self deemed It only appropriate to take to the New Bucks Head pitch someday. 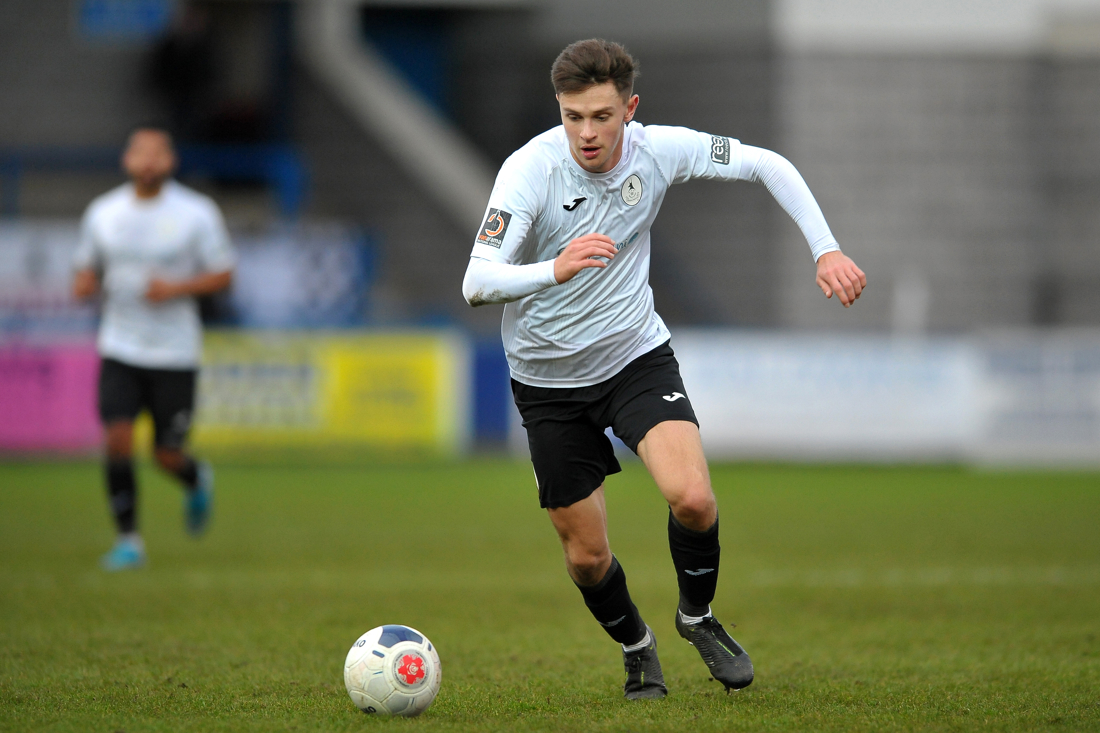 AFC Telford United would like to update Supporters on the pre-season arrangements. On Saturday...