Work experience and University Student Robin Mumford recently caught up with Chairman Andy Pryce on how COVID-19 has affected the football club.

A catch-up with the Chairman as AFC Telford United go into the 20/21 campaign with COVID-19 still at the forefront of debate.

As cases begin to rise again and the possibility of fans being allowed in stadiums becomes all but a distant memory, we urge you to support your local club now more than ever. Through the signing of the recent EFL shared petition and the purchase of ticket passes, your support is paramount to the survival of grassroots football.

Chairman Andy Pryce knows the importance of sticking together and supporting each other during these extraordinary times.

“Whatever is happening globally at the minute, it’s all very difficult where people don’t know what finances are coming into the household and what the next steps are for people’s jobs and it’s exactly the same at Telford United,” he said.

“One way we need to help the football club is through people still supporting us and still following us even though they’re unable to do so in the ground. We had our first game on Tuesday night and we had over 300 people watching the game which was superb; people wanting to buy replica shirts and merchandise from the club shop which we’ve been able to still run is huge. We’ve also had a great response from our sponsors who have, even in all this uncertainty, renewed their sponsorship, we can’t thank the people and community of Telford enough, without their support the football club wouldn’t be surviving through these times.

“We were speaking on Tuesday night at the game and discussing how it (football without fans) isn’t the same. We had a great win and it was a 3-0 result against a very good Brackley side, but it was tarnished in a way because our fans weren’t there to celebrate what was a really good win for us. We would’ve had about 1100 or 1200 fans in the stadium last night and the place would have been rocking. It’s a real shame we’re not allowed fans in, we understand the reasons but hopefully we can push the government and show them that we can hold football matches with fans safely in the near future.

The global pandemic has caused disruption to football across the world, mirroring its impact across all sports. For Telford and our National League counterparts it was March 31st when coronavirus first brought everyday life to a halt, suspending all three divisions indefinitely.

What was initially a postponement of fixtures until April 3rd, quickly became a long-term suffering for fans who were eager to support their team, and players and staff who were longing to get their jobs back underway. On 22nd April, clubs voted to end the season, with promotions and relegations still “under careful consideration” and although July saw the Premier League commit £200,000 to the National League, it was not enough to stop lower league clubs becoming uncertain over their future.

After successful pilot fixtures started to take place across the country in the summer months, the return of football with fans looked all the more likely. However, this did not last long as the government announced that football will return, but behind closed doors.

For many, football is not just a game, it serves as a way of life. Communities depend on local football clubs as a major source of financial stability whilst it helps provide jobs and a place for friendship and togetherness. Football is also a staple in British culture, and we should never underestimate the importance of it.

“A non-league football chairman in any respect doesn’t do it for the money, you have to have a sense of passion, a sense of connection. I was born and raised just half a mile down the road, I used to go and watch Telford in the 80s with my dad and my friends, and to get involved with the football club again as it’s been reborn as AFC Telford United as the chair, it’s a great honour,” Pryce added.

Football fans are the beating heart of every club up and down the country, and your support means more than ever. 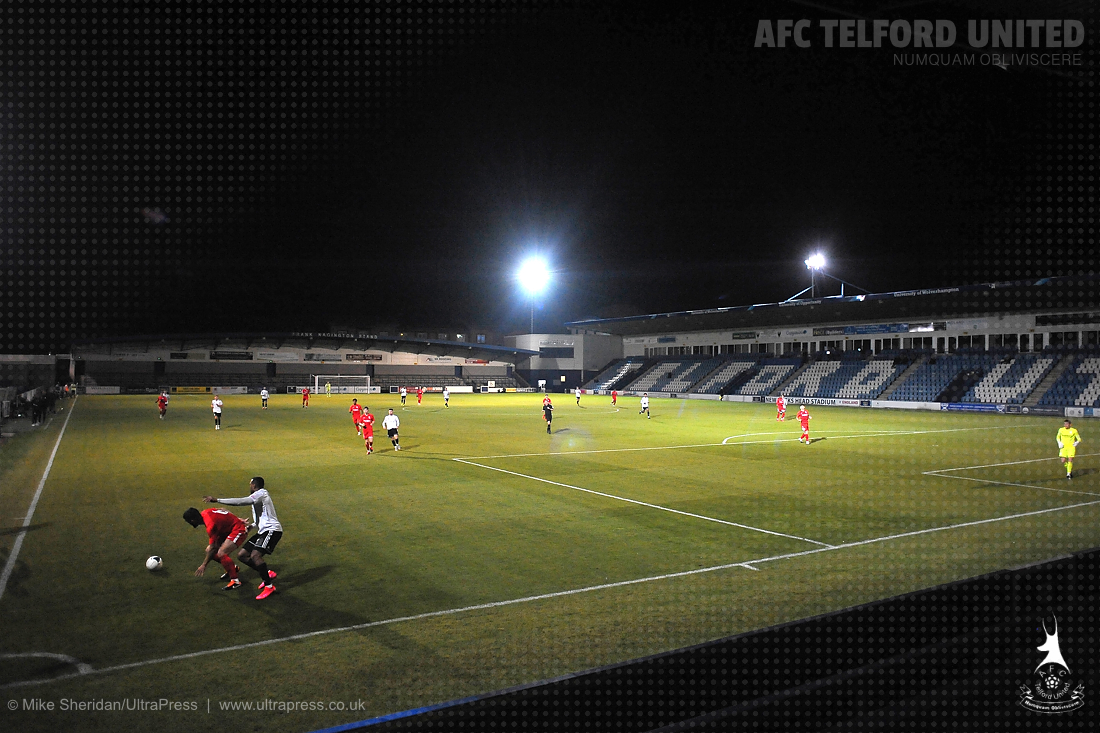