AFC Telford monthly round up review.

AFC Telford United ended the month of November with a huge victory, leading off an emphatic second half performance against Darlington to take the spoils. Which came courtesy of a Marcus Dinanga hat trick as the Bucks will go into December full of confidence.

The Bucks ended the month stronger than they started it following three games without defeat right at the backend of November. This coming through a win against over Darlington with Dinanaga the hero, there was also a victory over Guiseley in the FA Trophy after a 4-0 nil thrashing in Yorkshire. This may have been started commencing a spirited second half comeback against an in-form Spennymoor which saw the Bucks rescue a 2-2 draw a week before.

The Bucks found themselves two nil behind at half time to Darlington and needed a switch in the second half which ultimately proved pivotal. With Dinanga scoring twice early on before eventually going on to get his third and the match winner deep in added time to wrap up the three points and a 3-2 win.

The Bucks really got their month going when in a game free from league duties they overturned Guiseley comprehensively with Zak Lilly scoring his first senior goal for the visitors, with Dinanga making the most of his opportunity and getting a goal after he was named in the starting 11. Aaron Williams then got two for himself to top of what was a perfect day with the Bucks setting up a clash against Leamington at home in December.

The Bucks managed to get a draw against Spennymoor having initially found themselves two nil behind against the national league north side with goals coming first by Adam Walker. Then Billy Sass Davies who pulled the score level at 2-2.

Manager Gavin Cowan said: “It’s one point at home, you ask for three. What I asked from the players before the game was a performance and I thought they did that. I think we lacked a bit of first contact defensively, all over the pitch.

The Bucks originally started the month on a bad note after a difficult 2-1 loss against relegation battling Curzon Ashton where they had to deal with a late heartbreaking goal. The Bucks did take the lead through an own goal by Ali Mohamud but were unable to act upon that.

Manager Gavin Cowan said: “We have got to come to places like this and get it right, don’t get on the refs case and focus on the job at hand.

“We should have got ourselves ahead and stepped up the foot on the gas really.”

Their other loss came against Boston United with Adam Walker giving the Bucks another lead which they let slip, as Jordan Thewlis managed to grab a hat trick for the hosts and only did so in the space of ten minutes. Boston United took the game 3-1 with a early second half lapse in concentration ending their hopes of getting anything on the day.

Telford will now look to carry on their recent revival into the next month as Farsley Celtic are due at New Bucks head next.

They currently lie in mid table and with a few more wins then they will be within the promotion mix. 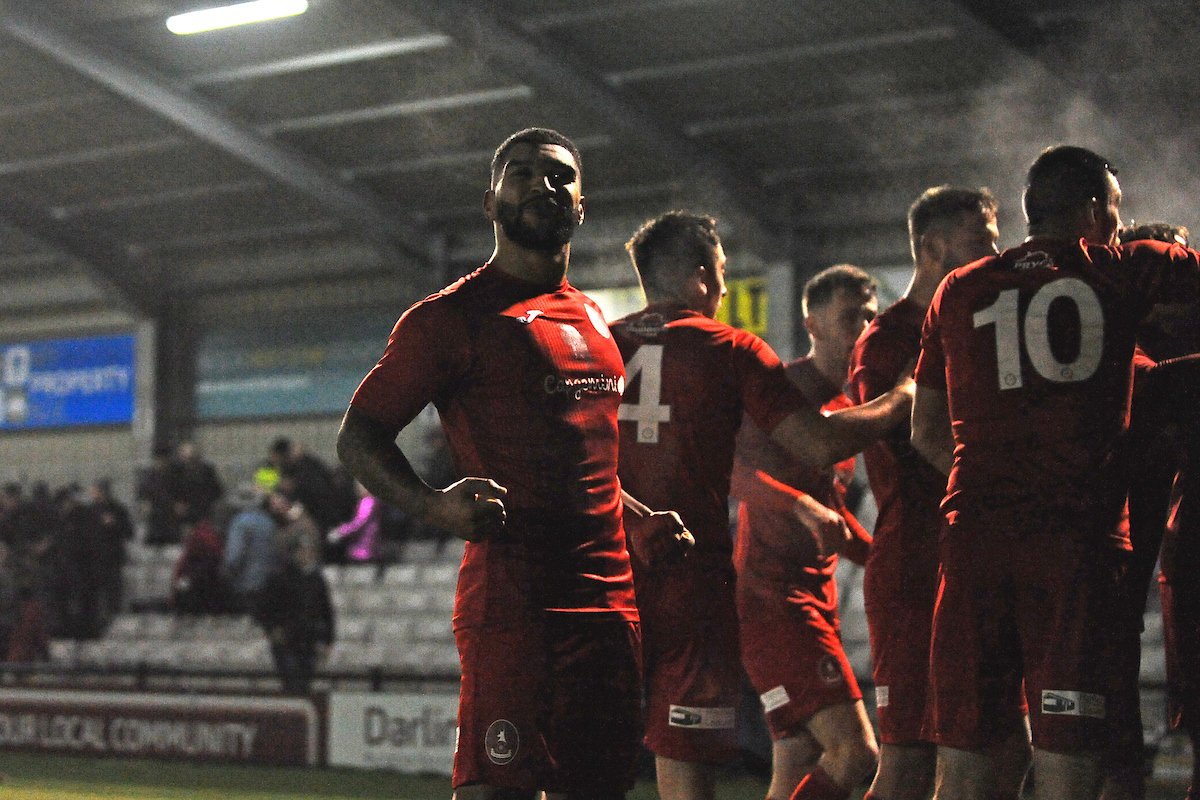 AFC Telford United are delighted to announce that defender Billy Sass-Davies has joined the club on...