AFC Telford United are delighted to announce the loan of signing of central midfielder Liam Nolan from AFC Fylde.

The 6ft 3’ former Northern Ireland U21 international joins the Bucks until the end of the season.

Nolan began his career with Premier League side, Everton, Following his departure from Goodison Park, Nolan made his way to Crewe Alexandra, where he would become a valuable member of their first-team squad.

From Gresty Road, it was then a move over to Accrington Stanley. During his time at Stanley he established himself as an integral part of John Coleman’s side, as he was instrumental in their promotion as champions from Sky Bet League Two. The midfielder joined Salford City on loan where he played a part in a promotion-winning season during the 2018/19 season.

Nolan joined the Mill Farm club in October 2020 and joins the New Bucks Head bringing stature and experience to the heart of the midfield area.

Everyone at AFC Telford United would like to welcome Liam to the New Bucks Head. 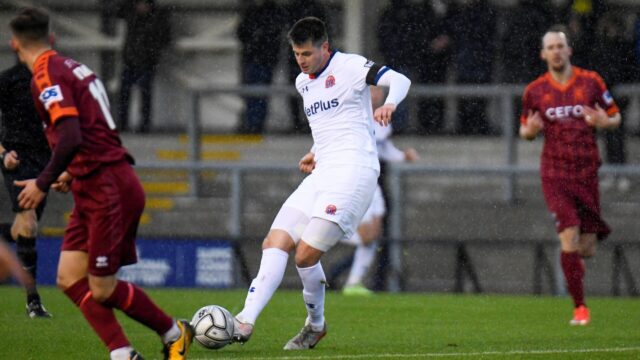 AFC Telford United are delighted to have secured an extensive partnership with Championship side...

The Bucks are in FA Trophy action next weekend, when Kevin Wilkin’s men travel to...