AFC Telford produced a much better showing in the month of October which only involved two games, after the Bucks claimed their biggest scalp of the season so far following a comprehensive 4-1 victory over Guiseley.

There wasn`t much action on the pitch compared to the usual amount of games, however there was plenty of business done off it with four new faces incoming. The Bucks had completed a deal for Matt Stenson from Solihull Moors with the striker arriving in early October at New Bucks Head.

As well as that the Bucks had poached Matt Yates with the young goalkeeper coming in from Derby County. Also incoming was right back Arlen Birch who joined up as a free agent after he was released from AFC Fylde in the summer. Another defender coming inwards is a player who has played in the football league as Ricardo Calder had switched from Bradford Park Avenue to the Bucks on a short term deal.

Andre Brown and Steph Morley both left the club following the first two-week break as Brown linked up with Hednesford Town on a short-term loan deal. With Morley completing a permanent move away from the Bucks as he joined up with fellow non-league outfit Leamington. Andy Wycherley also departed the club and headed to Hendesford to link back up with Andre Brown.

AFC Telford`s first match last month was against York City after they managed to contain the league leaders to a draw, after James McQuilkin managed to pounce at a Brendon Daniels cross to grab an equaliser in the second half. The Minstermen did initially take the lead as the Bucks could have easily won the game in the end having several openings to find a winner. Nevertheless, it was a promising performance with the two week break proving key in allowing the team to find their feet once again.

Manager Gavin Cowan said: “Not only did we match them, I thought we should`ve won but they`re a very good side in York; they have got twenty-six pro`s desperate to get in the team. It was a brilliant performance and we should`ve won the game.”

Then came the performance of the season so far a week later on Saturday 19th October with the Bucks hat trick hero, Aaron Williams scoring his second hat trick for the club in his second stint with the Bucks. The pick of the bunch been Williams third as he scored the home sides fourth following on from a heroic effort from the team all around. Where he had the ball rolled into his feet following a quick and short free kick. Williams made no mistake with the finish as he slotted the ball home from inside the box.

The other two goals came after his first which saw him tap in from range following a miss-cleared corner from the Minstermen. The second from the penalty spot as he drilled home a penalty shortly after the interval. Stenson also picked up his first goal after he did well to drive at the opposition defence before slotted away with ease from inside the box.

The Bucks will be looking to act upon their improvement during the month of November, where there will be more games with less gaps in between fortnights. The Bucks currently lie in mid table and are now hoping to put a run together that will see them propel up the league table. 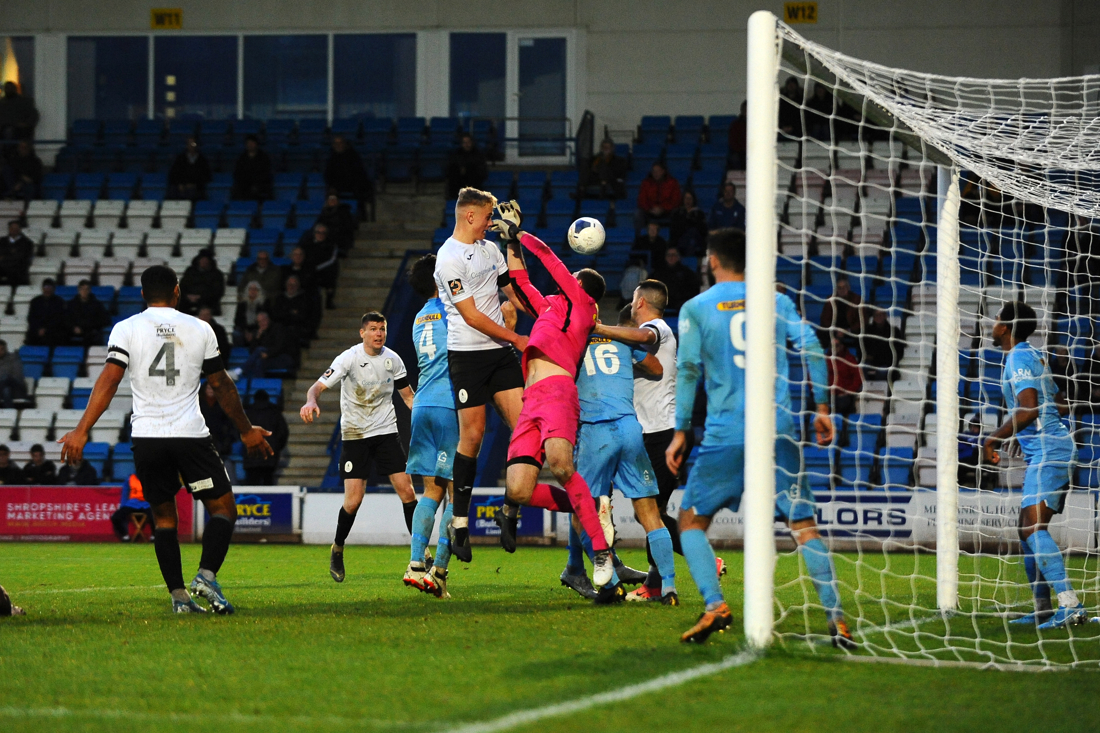 AFC Telford United can confirm that our pre-season friendly against Solihull Moors which is...