AFC Telford United endured a difficult September with the Bucks starting the second month of the season with a fine display against Gloucester City. However in the end it never really surged the Bucks onwards and upwards as they lie in lower mid table, following four league games and a defeat in the FA Cup qualifying round.

The Bucks have had some transfer activity as well with Billy Sass Davies coming through the door to join fellow Crewe loanee Lewis Reilly from Crewe Alexandra. Full back Steph Morley left the club right at the backend of the month as he left to join fellow National League North side Leamington FC.

On the positive results side, the month Telford arguably produced their best display of the season as they beat Gloucester City 4-3 following been two goals down at one stage. With Brendan Daniels been in fine form as it was his free kick that got the comeback started for the hosts, as the New Bucks Head faithful had been treated to a seven goal thriller and a perfect start to the month. With goals coming from Marcus Dinanga, Aaron Williams and Shane Sutton and three goals in the second half.

Gavin said: “I’m very pleased, it would have been nice to get four nil but to get more goals than the opposition is the main aim. (On Daniels) I’m very happy, goals are obviously a bonus and they’re very important but his performance’s on top of that, he deserves full credit and he has worked his socks off in the last two games.”

They also took a trip to Brackley who are a team who are more than capable of pushing for a promotion push as the Bucks walked away with a credible draw here. Following a Marcus Dinanga penalty after they fell behind with them having arguably the better of the play against such a highly regarded team in the division.

Gavin said: “My feeling, and certainly the players’ is, what a fantastic performance. I thought we were absolutely awesome, not just in possession, where I thought we moved the ball quick and with clever play.”

However, they couldn`t quite utilise and make the most of what promised to be a potentially very good run for the Bucks. They did go onto lose their last three games of the month with one been a defeat in the FA Cup.

Telford then come up against an in form Chester at the wrong time as Akwasi Asante scored a hat trick with the Bucks falling short at New Bucks Head. Lewis Reilly did at least net his first goal for the Bucks as they ended up on the wrong side of a 3-1 defeat.

The Bucks then entered the FA Cup for the first time in the second round of qualifying, however were overturned by lower league opposition in Nantwich Town after been dumped out by a 3-0 scoreline in favour of the Dabbers. With the away team putting themselves into the hat for the next round.
Gavin said: “It`s devastating not only is it been knocked out of the competition but the financial implications are poor after been knocked out so early.”

The final game of the month came against Blyth Spartans as the Bucks long journey to the North East wasn`t one that will live too long in the memory. With the Bucks scoring a consolation through Darryl Knights, as it was another game where three goals were shipped in which ultimately proved costly in any attempts to head back home with anything.

Telford entertain York City next on the 12th October where they will be hoping to regain some ground that had been lost late in the month, and will be wanting to recapture the promising signs shown early on during September. 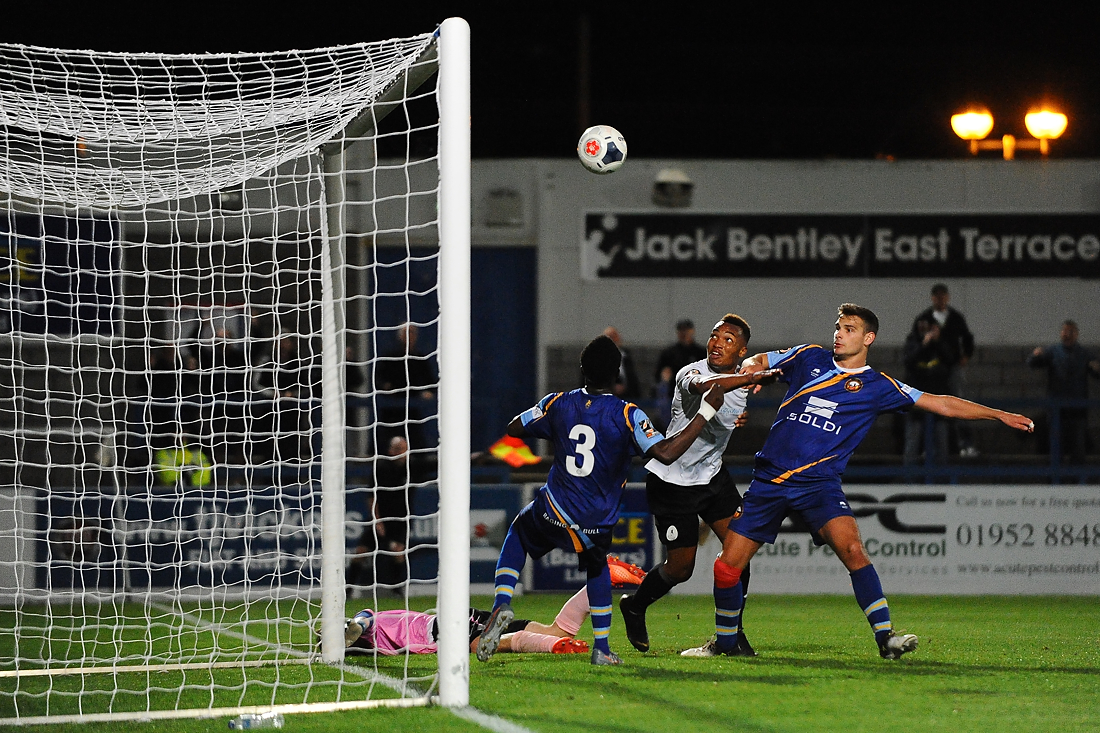 AFC Telford Supporters Association are delighted to launch our 2022 Christmas...

Less than 7 days to go until the start of the 2022 World Cup we bring you the Telford Supporters...