AFC Telford United are delighted to announce the signing of midfielder Jack Byrne.

Jack has had spells with Solihull Moors where he played 85 games over the two seasons, scoring 9 goals and was voted players’ player in 2016/17. He joined the Moors after five seasons at Kidderminster Harriers where he made 164 appearances, scoring 28 goals and contested the Conference (National League) Premier play-offs.

Byrne, who celebrates his 31st birthday in July, spent last season at Nuneaton Borough, in his return to the game after a long spell on the sidelines. An anterior cruciate ligament injury he suffered whilst at Brackley Town meant he spent an arduous 18 months returning to full fitness, with the Bucks playing a part in his recovery, as he explained:

“I know Gav from when we were both at Solihull together; when I left Solihull for Brackley and I got my injury, Gav was kind enough to ring me and was one of the few people who offered to help me out.”
That help was an offer to rehabilitate with club physiotherapist Jake Roe and then Aaron Lambley, one which Jack took Cowan up on. That led to an offer to join the Bucks last season, but it wasn’t one Jack felt was right to take up, at least not until now:

“I said to Gav “look, I want to get some games under my belt, to seem where I’m at”. Telford’s a big club, and I know the level, but I needed just to see where I was, after so long out of the game; I just wanted to see if everything was still working, I guess, to see if I could play football without picking up an injury again.”

Jack chose to test himself in the Southern Premier Central, teaming up with manager Jimmy Ginnelly at Liberty Way for the 2019/20 season:

“I was lucky enough to go to Nuneaton and I had a good spell; I knew a couple of the lads from previous clubs that I’d been at; it all kind of just fitted. I spoke to Gav and said “look, I’m just going to test myself and see where I’m at, and it worked out alright. I played over thirty games, so I feel that was worthwhile and will stand me in good stead going forward.”

“When I was injured, it came at a time when my wife was pregnant. When she gave birth to our daughter it was a case of “OK, work out what’s important”, and football wasn’t important at that time. I wasn’t doom and gloom because of missing football, I had time with my daughter that I wouldn’t have had I been playing, so that positive side to it really helped me.”

“Jack is one of the most complete midfielders I have seen play at this level so to be able to bring him in to the club is a real coup for us! Another leader that I have no doubt will bring more quality to the group”

Everyone at AFC Telford United would like to welcome Jack to the New Bucks Head. 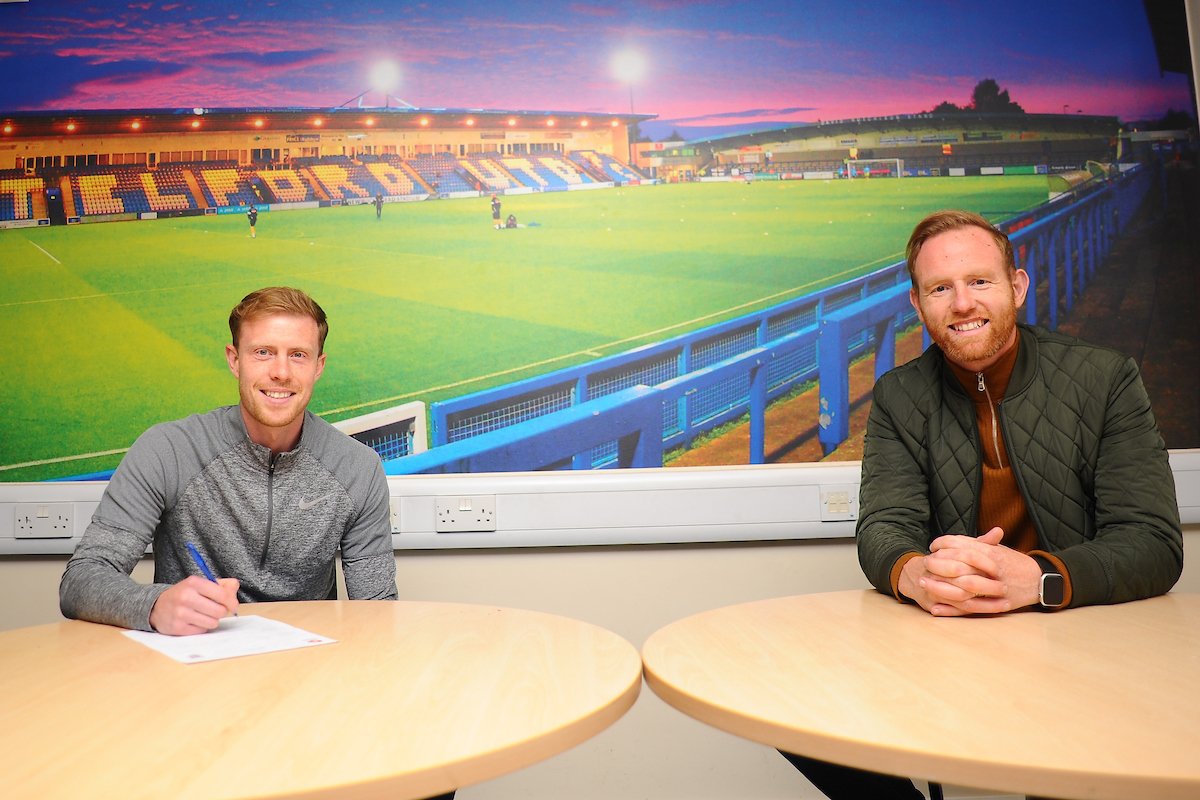 The Bucks travel to Lincoln Road this weekend to take on Peterborough Sport, in what will be the...

The Bucks return to National League action tomorrow when Paul Carden’s side will face Boston...

The Bucks begin the bank holiday weekend with a trip to Merseyside to face Southport on...