Boston United v Gateshead
• Boston United have pulled themselves into play-off contention after a run of form that has seen them lose once in their last five league outings.
• Only bottom two clubs Blyth Spartans and Bradford (Park Avenue) have scored fewer goals than Gateshead’s 22.
• Boston United have conceded just three goals at York Street in the league – the best home defence in the division.
• Gateshead have only won once on the road this season – their last victory on the road coming mid-August against Kettering Town.

Brackley Town v Curzon Ashton
• Brackley haven’t lost at home in over a year – their last St James Park defeat coming 382 days ago against Altrincham.
• On the flip side, Curzon Ashton are looking for their first away win since February.
• Brackley Town pair Lee Ndlovu and James Armson have 18 goals between them this season, that’s more than the total goals Bradford (Park Avenue) and Blyth Spartans have posted.
• Only Boston United have conceded fewer goals than Brackley Town’s four at home so far this season.

Alfreton Town v Kettering Town
• Kettering Town have improved since Paul Cox took over, they are five points clear of the drop-zone after their six-game unbeaten run.
• Alfreton Town have registered at least one goal in all but one of their home games so far this season – scoring an average of two goals a game at the Impact Arena.
• Kettering have only won once on the road all season, taking just six points from their nine games on their travels.
• Amari Morgan-Smith is the top scorer for Alfreton Town with 12 to his name – Kettering’s Joel Carta leads the way for them with three. 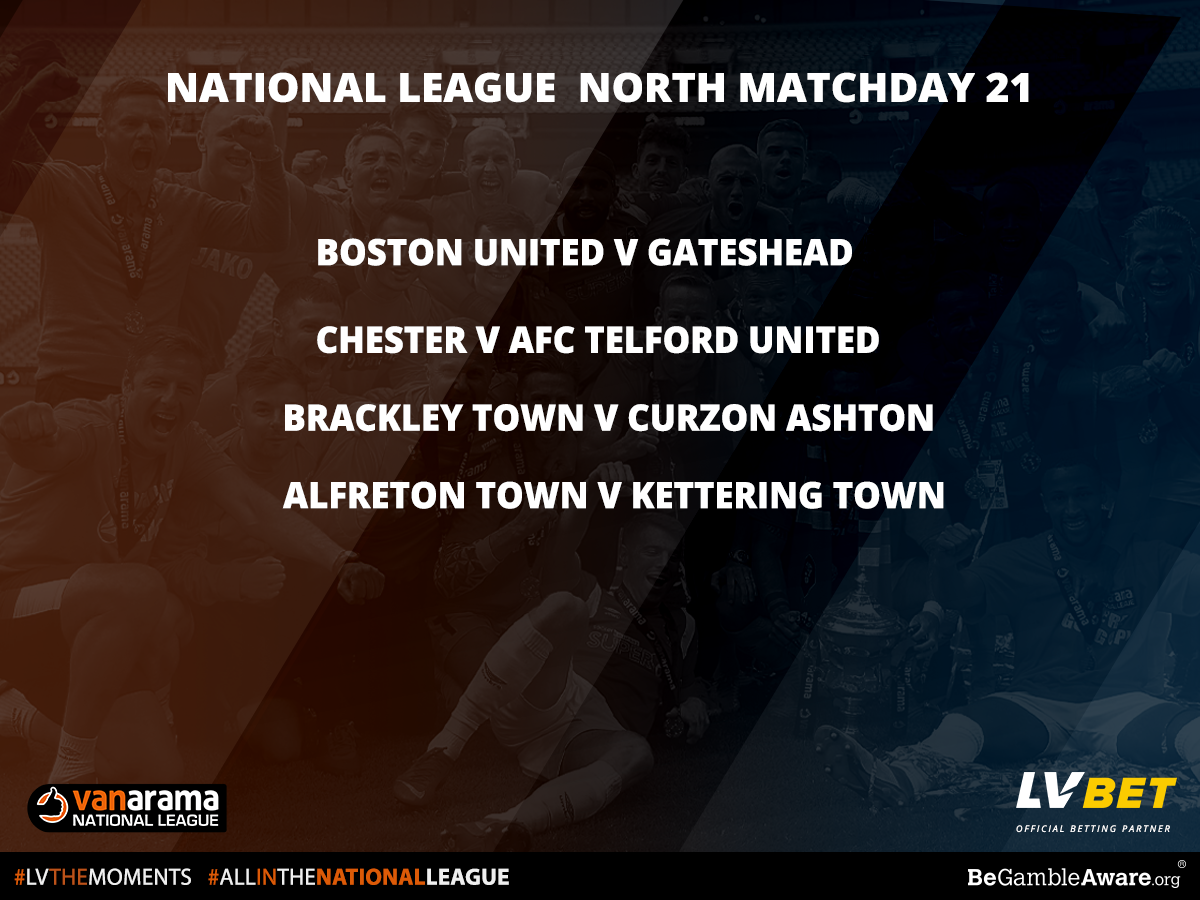