*LVBET* as the Official Betting Partner of the Vanarama National League.

The partnership commences with the National League Promotion Final at Wembley on Saturday 11th May and will continue through the 2019/20 season.

LVBET operate across Europe with a number of sponsorships and see this partnership with The National League as part of a firm strategy to grow their UK presence.

CEO of The National League, Michael Tattersall, said: “We are delighted to have LVBET on board for the Vanarama National League Promotion Final and the 2019/20 campaign.

“LVBET will be a new sponsor of our showpiece Promotion Final at Wembley and will help support the growth of The National League whilst promoting responsible gambling”.

Adrian Sidowski, CEO of LVBET, said “We’re thrilled to launch a partnership with The National League ahead of this season’s Promotion Final on May 11th. 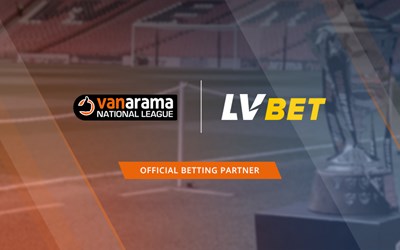 York City recorded three points as AFC Telford    who came so close to walking away with...