AFC Telford United are delighted to announce the permanent signing of Liam Nolan from AFC Fylde.

The 6ft 3’ midfield signs a two deal keeping him at the New Bucks Head until the summer of May 2024. Nolan who has impressed since he recently joined the Bucks on loan from AFC Fylde brings stature and experience to the heart of the midfield area having scored three goals for the club in his fourteen appearances.

Starting his career with Premier League side, Everton, the Liverpudlian has the pedigree and background of being schooled at the highest level. Following his departure from Goodison Park, Nolan made his way to Crewe Alexandra, where he would become a valuable member of their first-team squad.

From Gresty Road, it was then a move over to Accrington Stanley. During his time at Stanley he established himself as an integral part of John Coleman’s side, as he was instrumental in their promotion as champions from Sky Bet League Two. Remaining at the Wham Stadium and playing in League One, a new challenge did then arise for the midfielder as he joined Salford City on loan. Once again, he played a part in a promotion-winning season, for the Ammies this time during 2018/19.

Now joining the ranks at New Bucks Head, Liam will bring a wealth of experience and knowledge of the National League North and will play a key role for Paul Carden as the club look to steer themselves away from the relegation.

Nolan spoke of his delight at making the loan move permanently “ I am absolutely delighted to sign for the club, I’ve enjoyed every minute of my loan so far. Looking forward to helping the club remain in the league this season and then pushing up the league next season”

Carden “I’m delighted to have signed Liam on a permanent deal. Since he’s come in on loan he’s shown the quality along with the commitment that we want at the club. He wants to be part of the project long term and I am delighted that we have got him”

Everyone at AFC Telford United would like to welcome Liam to the New Bucks Head. 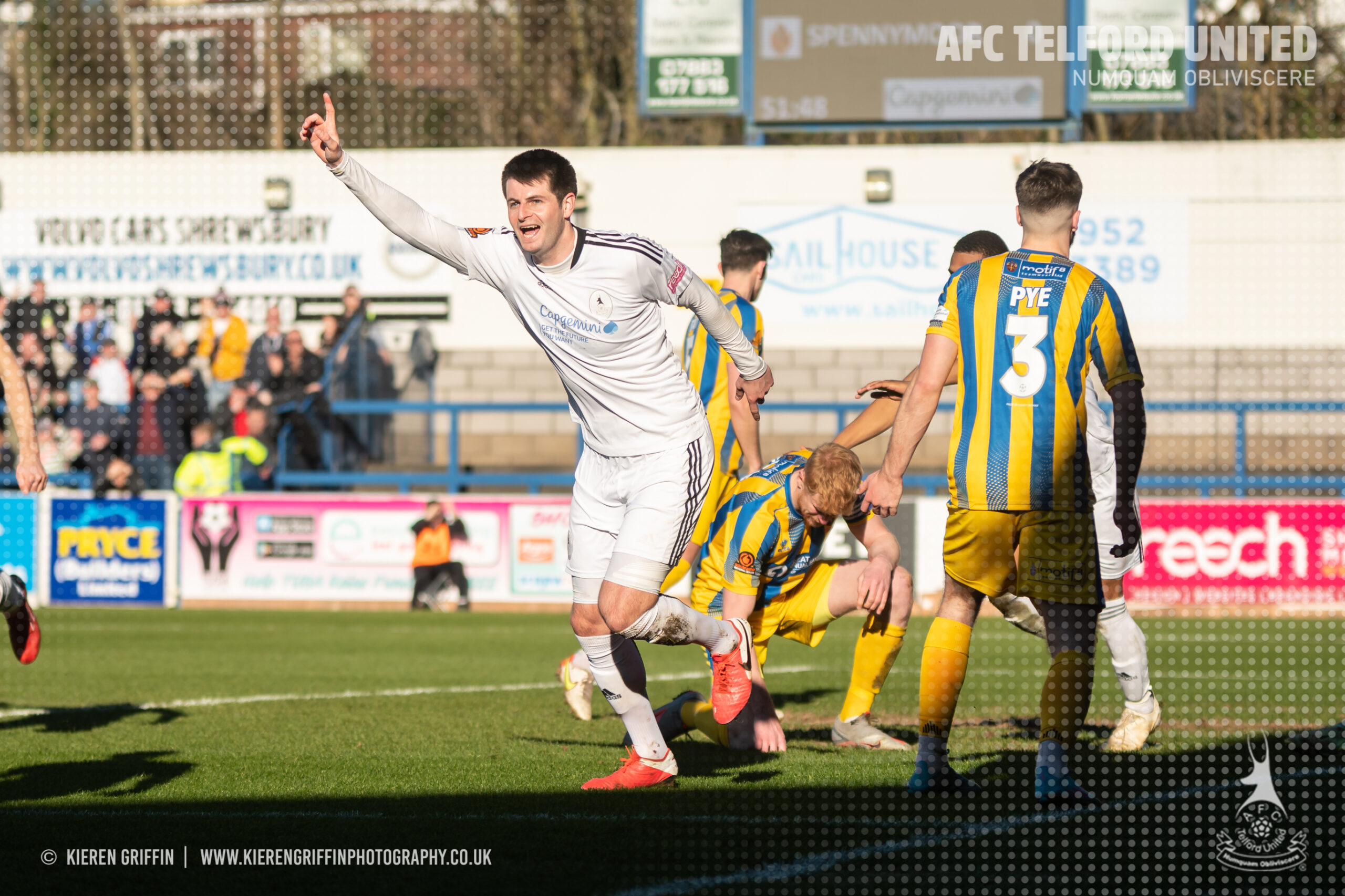 Ryan Barnett says he wears his heart on his sleeve and during his time at the Bucks wants to do...