The 20 year old was offered pro terms in summer 2017 having impressed with his eye for a goal in the U18 setup.
The goalscorer was tasked with replicating that in the Under 23 side which he did on a regular basis.

Lewis went on to make nine appearances in the first team during the 2017/18 season, making two starts & three sub appearances in League Two, scoring two goals on his full debut in a 4-2 Leasing.com Trophy defeat to Port Vale at Vale Park.

Last year, he made just two Crewe appearances but continued to score regularly for the U23s before gaining experience out on loan at Curzon Ashton in the National League North where he scored 8 goals in 16 appearances before he was recalled back to Crewe for the rest of the season.

Subject to competition of paperwork Lewis will join the squad for tomorrow’s trip to Southport. 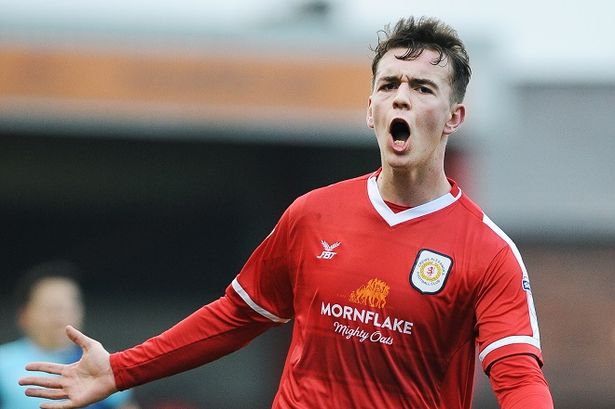 The Vanarama National League have confirmed the fixtures postponed on Saturday 10 September have...

England women’s U19s are to return to action against the Czech Republic at the end of...