Ladies can push for the league, says captain Nicholson

Robin Mumford caught up with Holly Nicholson prior to their first defeat of the new campaign, the Ladies’ team remain in high spirit as they sit on top of the West Midlands Regional Women’s Football League North after five games.

Having been appointed captain at the start of the new season, a reward for her impressive 2019/20 season, where she won Player’s Player award, Nicholson and her team have seen their hard work pay off, most notably in their strong performance that saw off Sandwell Ladies 6-1 at home.

“I think that we are showing more grit and determination and wanting to push for results more than we did so last year. We are also implementing the practice we put in in training into the matches which is definitely paying off”, she says.

Whilst first team performances have been the biggest factor in early successes and Jaimie Duggan’s goalscoring form has been a massive boost for the side scoring 6 goals in 5 games, the role of the youth team shows that Telford Ladies have strength in depth.

Defender Katy Cameron and Jenn Higgs have been ever present in the squad this season, coming up from the under 18s. furthermore, a debut from Lauren McCaffrey not only allowed the starlet showcase her talent, but her efforts were rewarded when a counter attack led to a calmly slotted goal in the remaining minutes of the game against Sandwell.

“It is great to see the youth players coming through, it shows that the system works. They play with confidence and have had some great performances”, Nicholson added.

Though her leadership and experience at this level, along with strength in depth, is pivotal to the side’s chances, Nicholson looks towards the players attitude along with the coaching teams training sessions as the reason the team can push for the league.

“If we keep showing determination and using the practice Darel and Alex give us in training, we will push for the league”.

Despite slipping to a 2-0 defeat against Shifnal Town, Telford Ladies will hope that they can regain their strong form at the start of the season, and they can build on what they have achieved already, next up for them is 4th placed Shrewsbury Town at home. 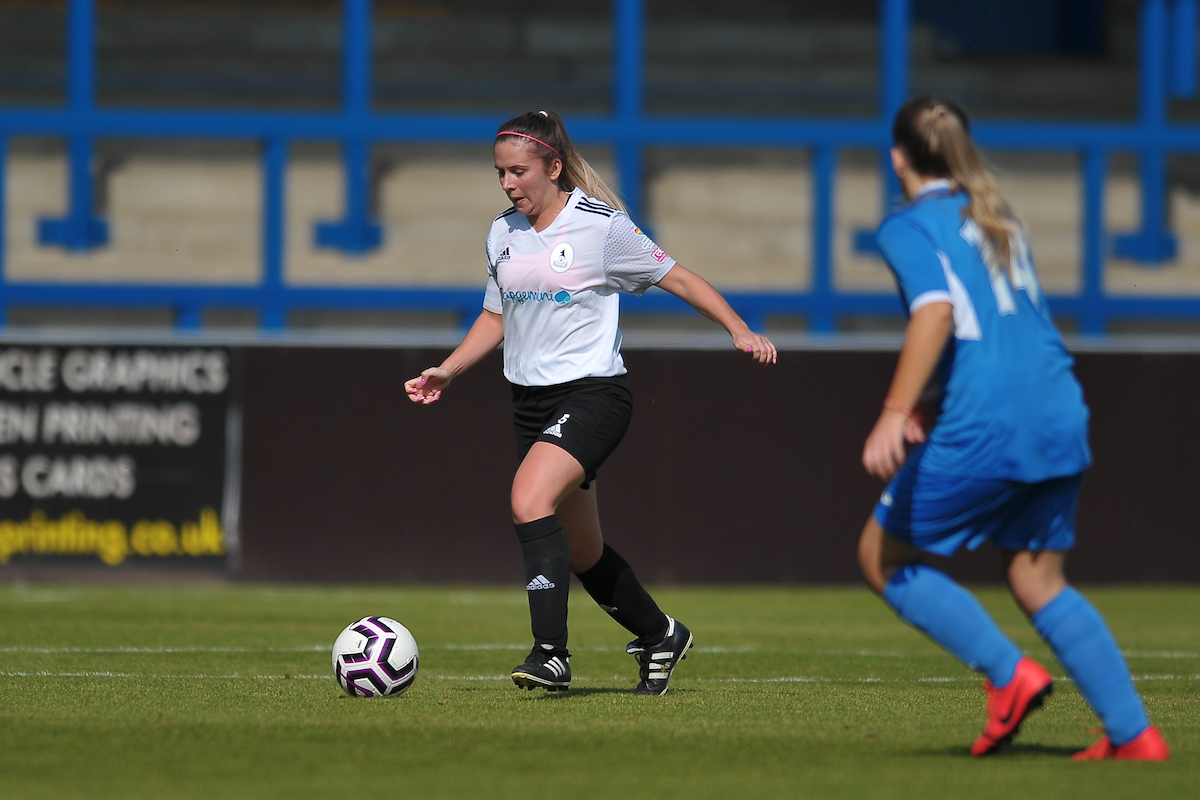 AFC Telford United are now turning the attention of the Go Fund Me Page towards a new campaign to...