THE football world was left to mourn the sudden, tragic passing of Leyton Orient manager, Justin Edinburgh earlier this summer.

The former Tottenham Hotspur defender died on 8th June, aged just 49, months after leading Leyton Orient back to the EFL.

Justin’s family have set up a Foundation in his honour, the Justin Edinburgh 3 Foundation. The Foundation will be focusing on raising awareness of brain and heart disease and promoting the use of defibrillators in health clubs and gyms.

Donations for the foundation are being collected from all football grounds in the National League for the first home game of the season and this run into tomorrow evening’s game against Kidderminster Harriers at the New Bucks Head.

Supporters can give to the cause by making a donation in the buckets which will be situated around the ground tomorrow evening as well as on the bar in the Learning Centre. 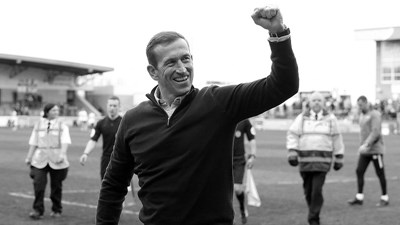 Week 2 for our Youth sides with 12 sides in action, looking to build on last weeks impressive start...

Former AFC Telford United manager Steve Kittrick was the man in charge in the opposition dug out on...