AFC Telford United are delighted to announce the signing of striker Jason Oswell.

The Nantwich-Born forward joins the club on a two year deal with the Bucks securing his services at the New Bucks Head until May 2022.

Oswell began his career as a trainee with Crewe Alexandra before signing professional terms aged 18 in 2011.

Before signing his new deal, Jason was loaned out to Market Drayton making his senior debut against Spalding United in a 3-0 win.

Having scored six goals, he moved up a step towards the end of the season with Nantwich Town where he scored three goals in eight games for the Dabbers.

Once he signed pro terms he dipped his toe into Welsh football for the first time joining Rhyl on loan in the Cymru Alliance until January 2012.

Oswell scored six goals in his opening ten games earning the player of the month award for October. He eneded his time with the Lilywhites in sensational fashion scoring 19 goals in 20 games at Belle Vue.
Upon his return to Crewe he was signed up by former England international Terry Butcher who at the time was in charge of Inverness Caledonian Thistle in the Scottish Premier League. He made his debut in a 1-1 draw with Kilmarnock before making just one further appearance.

He left the club by mutual consent in January 2013 and moved back into non-league re-joining Nantwich Town.After just a month with Nantwich he joined Witton Albion helping them to the play-offs.
In May 2013 Oswell opted to sign for National Premier League of New South Wales side APIA Leichhardt Tigers in Australia.

His debut down under came against Rockford City Suns in a season where he helped the Marronazzuri win the 2013 Waratah Cup, scoring a hatrick against Central Coast Mariners Academy in the Quarter-Final and opening the scoring in the Grand Final against Sutherland Sharks.

Oswell returned to Wales in September 2013 signing for Rhyl for a second spell. After three goals in 15 games he ended the season with WPL runners-up Airbus UK Broughton.

In June 2014 he made one of the most significant moves of his career by joining Newtown. Oswell’s goal scoring prowess of 20 goals – including three hatricks – in 37 appearances took the Robins to 6th in the Welsh Premier League and earn a place in the Europa League, whilst they also reached the Welsh Cup Final.

At the end of the season he was named in the ‘Welsh Premier League team of the season’. Goals in the Europa League followed whilst in his final year for the Robins he netted 25 goals in 37 games earning both the WPL golden boot and player of the season award.

In June 2017 Oswell was snapped up by National League North side Stockport County where he would spent a year. His Hatters debut came against Spennymoor Town on the opening day of the season whilst his first goal came days later in a 3-0 win over Curzon Ashton.

The forward netted 28 goals in 47 games firing County to the play-offs and earned the player of the season award with his club.
His goals earned plenty of interest higher up and eventually he opted to join Morecambe in Sky Bet League Two. He made his Shrimpers debut against his former club Crewe on the opening day of the season and got his first goal in the EFL Trophy against Stoke City U-21’s.

His first league goal came in a 2-2 draw with Port Vale in December 2018, but after 23 games Oswell was allowed to leave the club.
In January 2019 Oswell was snapped up by Wrexham signing an 18-month deal at the Racecourse Ground.
Boss Gavin Cowan was delighted to secure the signature of the forward.

“I’ve been trying to get Jason into the club since his Newtown days and I’m happy to say we have finally got our man. He is a proven striker at this level and one who I know can live up to the expectations of our club”

“I am delighted to have signed for AFC Telford United and I can’t wait to get started. With so long without football I am raring to go. I feel this is an exciting time for the club and I am looking forward to playing a big role in the fight for promotion”

Everyone at AFC Telford United would like to welcome Jason to the New Bucks Head. 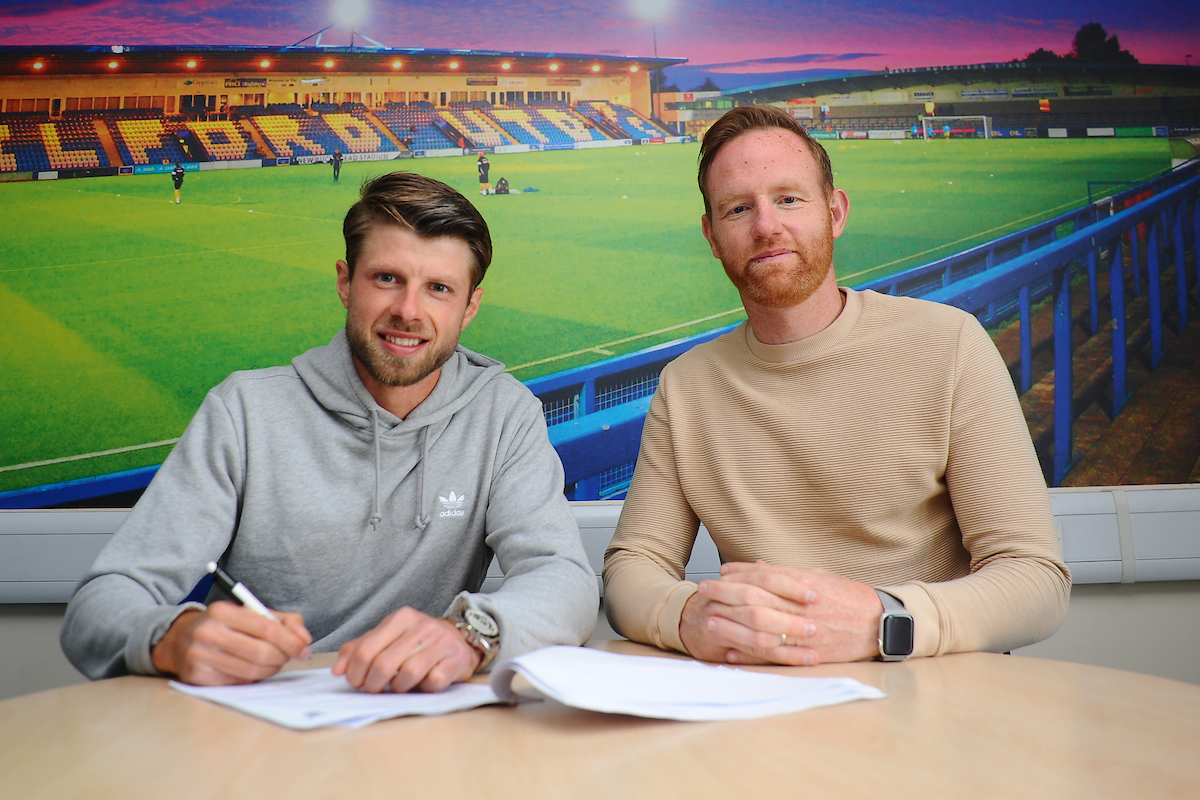 In the lead up to the festive season, staff at AFC Telford United are calling on their supporters...

On Tuesday we welcome Curzon Ashton to the New Bucks Head. The Bucks and the Nash played out a...

AFC Telford United are delighted to offer our younger supporters the opportunity to claim a free...