Jason Oswell says he’s “got the buzz back”

New Telford signing Jason Oswell says he’s “got the buzz back” after joining the Bucks earlier this month.

The former Newtown, Stockport and Wrexham striker linked up with his new team mates for the first time last weekend as the Bucks returned to training at Lilleshall – and Northwich born Oswell has his sights set on silverware ahead of the new campaign.

“I want to get my love back for the game. I’ve achieved some personal goals in the last few years but now I want to win titles and trophies, and experience what we did at Newtown,” he said.

“Everything is in place for Telford to be very strong this year, they’ve made some good signings and Gavin Cowan has been ahead of the game in his preparation and it has given me a real buzz back that I’ve not had for a while.”

After two seasons in the National League with Wrexham, Oswell said it was the persistence of Telford boss Gavin Cowan that convinced him that the time was right to make the switch to East Shropshire.
“Gavin Cowan has been after me for a few years, I think I was at Newtown when he first became interested,” he added.
“He was on to me very quickly after the season finished. Telford came in and I told the Wrexham gaffer I couldn’t take any chances, as I knew there was only a slim chance of a deal there.”

The 27-year-old forward started his career with Crewe Alexandra, but he first hit the headlines after scoring 50 goals in 90 appearances during a three year spell at Cymru Premier side Newtown, including a dramatic late winner in the Europa League against Maltese champions Valetta. A switch to Stockport saw him notch 28 goals in 47 appearances for the Hatters, picking up a player of the season award on the way, before moving back into the football league with Morecambe in 2018.

Oswell became Telford’s sixth new signing of the summer following his switch from National League Premier side Wrexham on July 1. 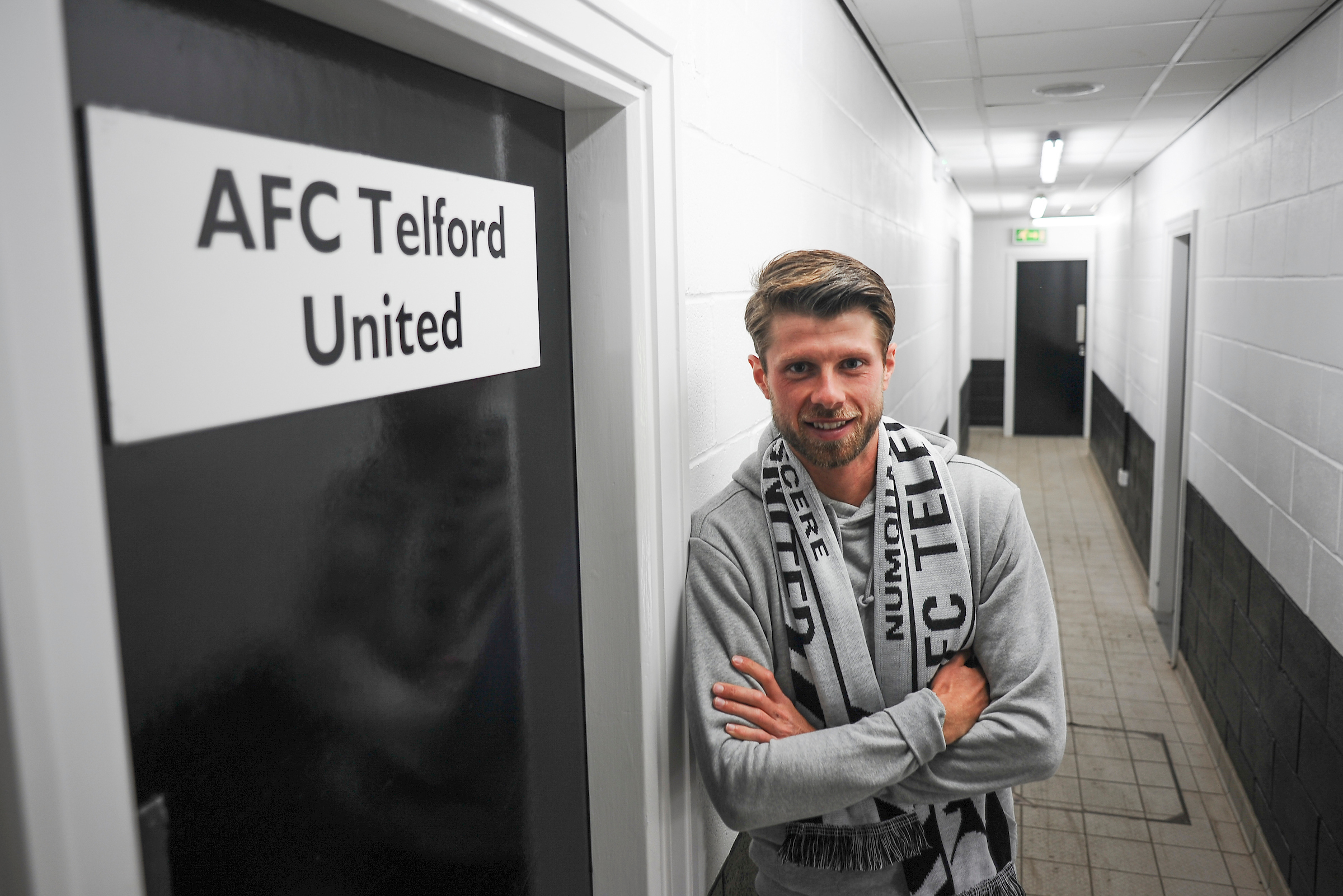 We are aware of some issues concerning the rollout of an updated version of AFC Telford United -...

AFC Telford United are delighted to be partnering up with Oddballs to bring an exciting range of...