AFC Telford United produced a first win of 2020 in January with a six goal thriller over Blyth Spartans, amid disruption via postponed games. They now look forward to extending upon that victory in crucial clashes in February.

The Bucks ended the month on a positive following a convincing victory over troubled Blyth Spartans with the goals coming from Aaron Williams, Marcus Dinanga, Ryan Barnett and Damon Mullen who scored an own goal. The Bucks were originally due to play the game at the start of January however had the game called off at New Bucks Head due to pitch issues.

Yet the Bucks recorded the victory following on from a difficult month which saw them go toe to toe with sides pushing for automatic promotion and coming on the wrong end of the scorelines. This by no means reflects the displays with a plucky effort on show against the likes of Brackley and York City.

The Bucks arguably produced one of their best performances of the season in the first half against Brackley, yet a Lee Ndlovu goal was the difference between the sides. The Bucks were caught out against the run of the play and despite throwing everything at trying to level the score up, the game passed them by following a professional away display.

Gavin Cowan’s after the match said: “After they scored I think we were putting our game plan into place really well, we showed a lot of discipline, a lot of patience. And then they caught us out on the counter which was a really good goal.

They then had a trip to York City which saw them defend so well for most of the game and even had a few chances of their own to nick a goal. The match was won late on with two late goals as the persistence of the hosts was too much in the end, when Elliot Durrell grabbed a goal commencing a touch at the back post. Jordan Burrows then scored the pick of the goals as he lobbed the keeper impressively from the left hand side and even beat Theo Streete on the line to then seal the game.

Gavin after the match said: “I’m gutted for the players, their attitude and application was first class today and I think they played out the game strategy well but again we’re talking about fine margins. In the grand scheme of things were not even on the same level as York City.

The first game of the new year saw them take a point away with Alfreton proving a stern test as James McQuilkin scored early doors from close range. Before Ben Tomlinson scratched the early goal off by getting one back for the hosts.

The Bucks now look forward to February where two games in quick succession against Altrincham could propel them more up towards the top half and away from any potential bother at the bottom. 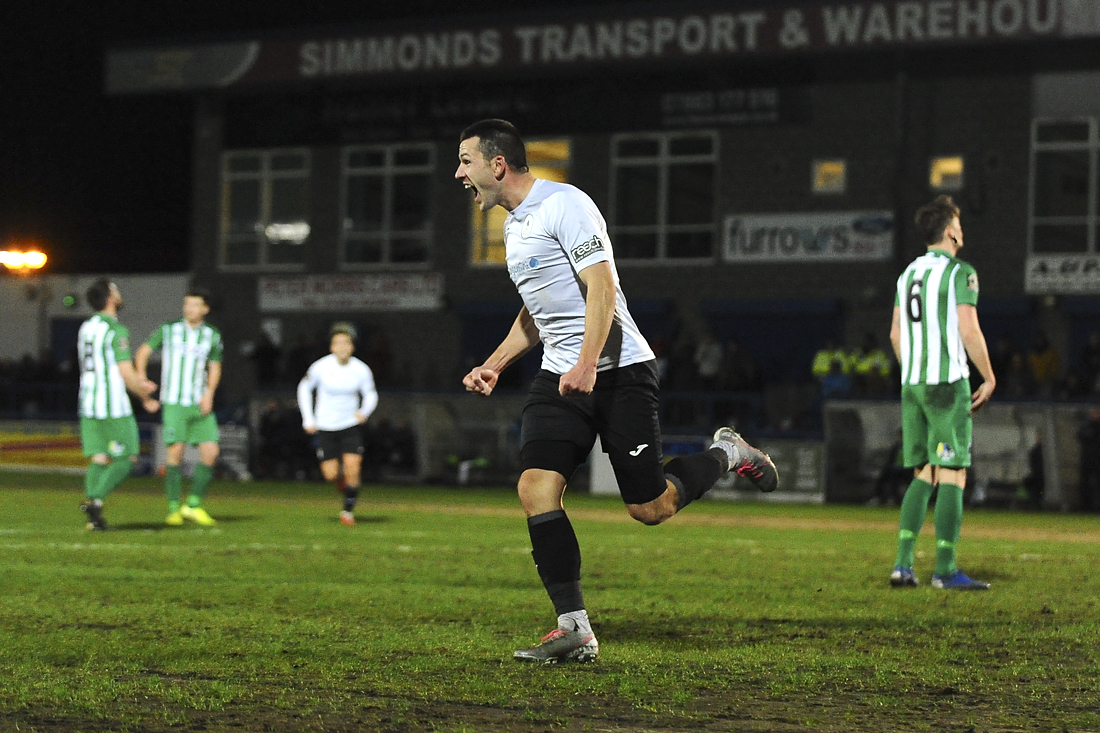 AFC Telford United are working in partnership with SP Services to fund Defibrillators to the local...