The Bucks are pleased to confirm the return of Devarn Green for the 2022/23 season.

The 25 years old attacking wide player agreed to terms with manager Paul Carden to extend his stay at the New Buck’s Head.

Devarn signed a short-term deal in March 2022 following his release from Scunthorpe United; his creativity and energy saw him play a vital role in the Bucks’ successful survival battle in Vanarama National League North, generating scoring opportunities and contributing three goals, two of which secured precious points against Farsley Celtic and Blyth Spartans.

Birmingham-born Devarn will renew his role as supplier to the Bucks’ forward line, adding to a battery of striking options available to Paul Carden, who was understandably delighted to retain the services of the exciting, crowd-pleasing Green:

“Obviously we’ve been speaking to him throughout the summer, and there was a bit of interest from other clubs, but Devarn made it clear that he wanted to stay. It was just about getting the right sort of deal, to work for everybody, which we did.”

Paul’s relationship with the player extends back some time, as he explained:

“I’ve known Devarn a long time; I’ve known him since he was a lot younger, at Blackburn. We spoke, and I said about playing his football and enjoying his football, and that’s when you get the best out of him.”

“He’s proven at the level, he’s scored goals at the level, and he’s done well in league football too. At the age he’s at, his next 2-3 years should see him coming into his best years.”

Devarn’s performances last season will have given Bucks fans a sense of what to expect from him, but Carden believes, in a positive way, that the best is yet to come:

The addition of Devarn brings Carden’s confirmed signing for next season to 14. With the Bucks’ first fixture being away to Market Drayton on Tuesday 5th July, and with a few positions still to fill, a few trialists are likely to be given opportunities in pre-season, as Carden explained:

“We’re still a couple of lads away. If you get certain lads put your way that you either know, or get good feedback on, it’s important that you have a look at them, as that shows hunger in players, if they’re prepared to come in and train and on trial. It can also give the squad you’ve got an idea of where they’re at.”

“There are players out there who haven’t got a club and who are desperate to get one, and when lads come in, looking for deals, it reminds the lads we have not to take for granted where they’re at, because there are a lot of good players out there.” 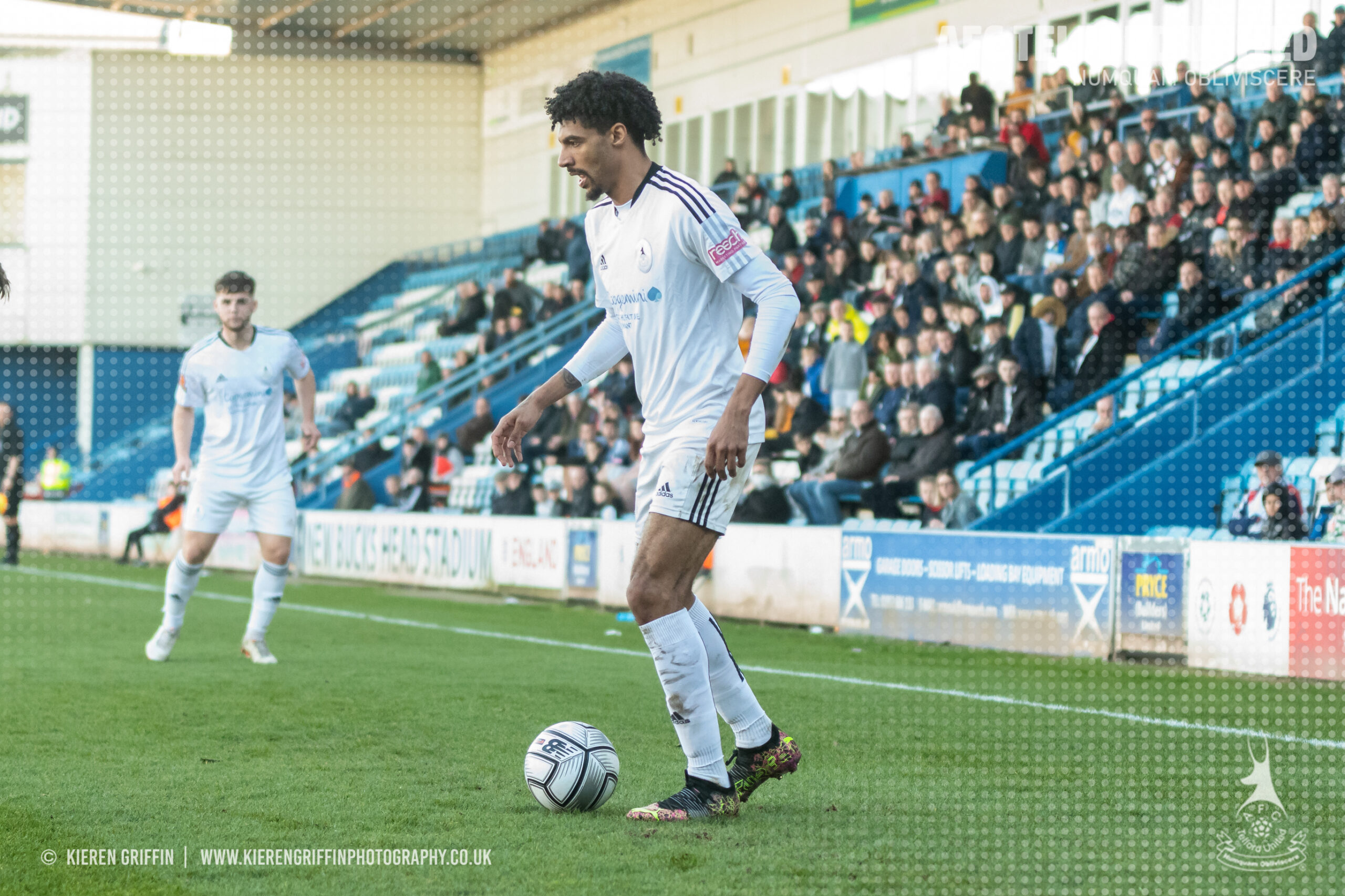 Your guide to a matchday at New Bucks Head. AFC Telford United welcome Kidderminster Harriers to...

The Bucks return to league action with a trip to Darlington this Saturday....