AFC Telford United are delighted to announce the signing of striker Jordan Davies.

Davies’ joins the Bucks having previously scored over 70 goals in three seasons in The Cymru Premier, the national football league of Wales.

Jordan’s goals helped Prestatyn Town to the Huws Gray Alliance League title, scoring 27 goals. The Seasiders were relegated after just one season in the top flight.

The young forward left the Bastion Gardens club before the season had ended and was linked with a move to the Connah’s Quay Nomads.

Davies also has spells at Nantwich Town and Market Drayton.  The forward has also earned Welsh futsal international honours in recent seasons playing in the World Cup & Euro’s scoring in both competitions.

Gavin Cowan “Jordan has worked extremely hard during pre-season and I am sure our supporters will love his style of “never give up” play. He’s scored a lot of goals at the level he was previously playing so now he gets his chance to prove himself here. He’s fitted in great and we look forward to seeing him score goals at our club”

Wrexham born Davies was thrilled to sign for AFC Telford. “ I am delighted to have signed for AFC Telford United, I would like to thank the gaffer and his staff for giving me an opportunity to play at this level I can’t wait to get going now”

Everyone at AFC Telford United would like to welcome Jordan to the New Bucks Head. 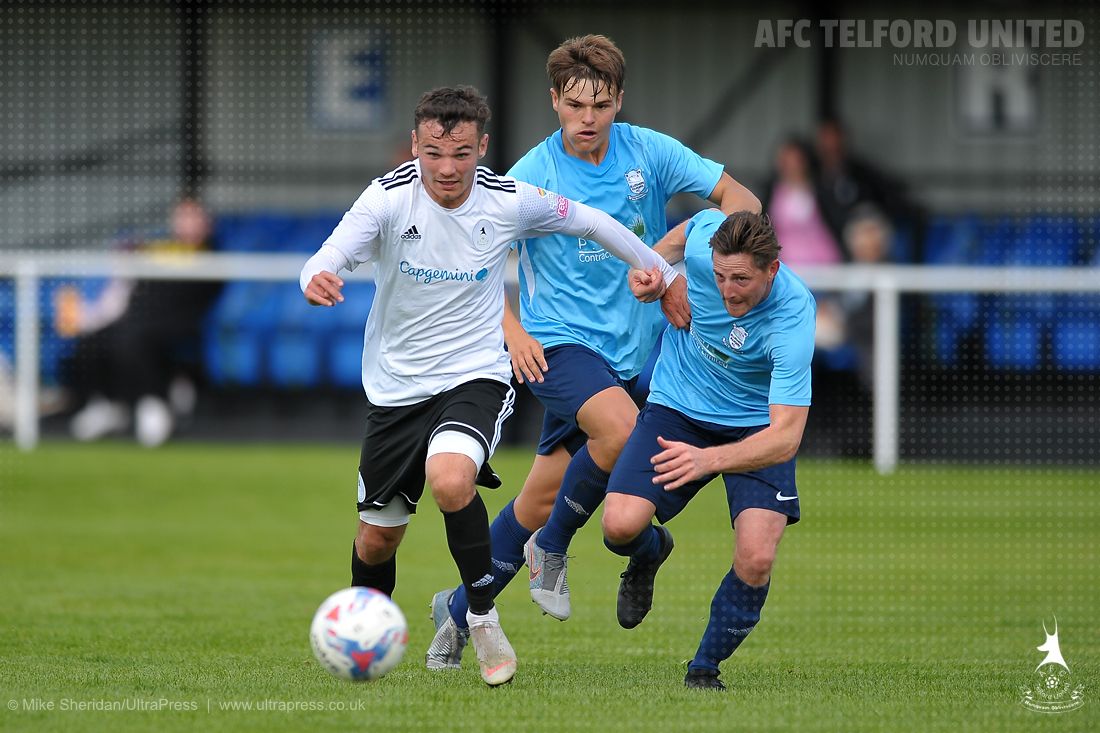