AFC Telford United picked up a mixed bag of results in February following a tough fixture list which saw them take on sides fighting it out for the play-offs.

The Bucks managed to get a return of four points from their five matches, with Marcus Dinanga and Brendon Daniels enjoying a good goal output with the two combined getting nine goals to their names.

The Bucks started the month with an entertaining draw which saw Daniels score two fine strikes either side of half time against Altrincham. A last minute goal from distance from centre half James Jones showcased the high quality on display as both sides played well and the abilities that were demonstrated on the goals reflected the game.

Manager Gavin Cowan’s said: “On a whole they’re a good side and they’re difficult to play against but I feel as if we probably deserved our win today, when they got the second goal we were quite fortunate to hang on really. But for the most part we put our game plan in practice and I thought we did it great.”

The Bucks couldn’t quite maintain their standards a few days later after a trip to Altrincham in the reverse rearranged fixture. Which ended badly and a 5-2 defeat meant they were unable to start any kind of run going forward. Dinanga and Daniels were both on the scoresheet nevetheless.

There was then another trip to Guiseley which saw the Bucks defeat them four nil earlier in the compaign; that of course was the FA Trophy success. The Bucks and Dinanga were in a defiant mood as they managed to get three points. This after finding themselves a goal down where the in form striker couldn’t resist but to simply get himself involved in the action and his double was all that was needed.

Cowan’s said: “I am really happy with performance and pleased with the result, it was just the manner in which we did it, I thought we were excellent today with the lads taking on board the game strategy.”

He then went onto praise Dinanga for his positive contribution in recent games.

He said: ”You can be a busy forward and run and press but he did it on how we worked on him, he worked along the line. He occupied the deepest two of the three back defenders and he made sure the ball went to a certain defender as opposed to anyone else”

A controversial defeat then came the way of the Bucks in the trip to Boston United, where an apparent foul on a Boston player was given as a penalty even though replays suggest otherwise. Despite the protests the penalty was allowed and up stepped Dominic Knowles who make no mistake from the spot. Even though it was a frustrating defeat the away side put up a brave and valiant effort where on another day a result might have been in their favour.

Then to end the month came a thrilling matchup where the Bucks made the trip to an away game for the fourth time on the bounce. Things were going very well with a 3-1 lead before half time putting the Bucks in control. Goals from Dinanga as well as one for Daniels showed the Bucks might finally take a win that had been evading them; it wasn’t to be though.

The hosts were playing with ten men and after a James Roberts goal put the hosts back within a chance, the Bucks should have completed the victory missing numerous guilt edge chances. It was then heartbreak in injury time where Tyler Hornby-Forbes managed to get a shot away before it was in the back of the net.

The Bucks head into March at least knowing three of the four matches will be contested at New Bucks Head. After a fairly long February with simultaneous away trips and some frantic games they will look to get some more wins on the board and make the most of home advantage. 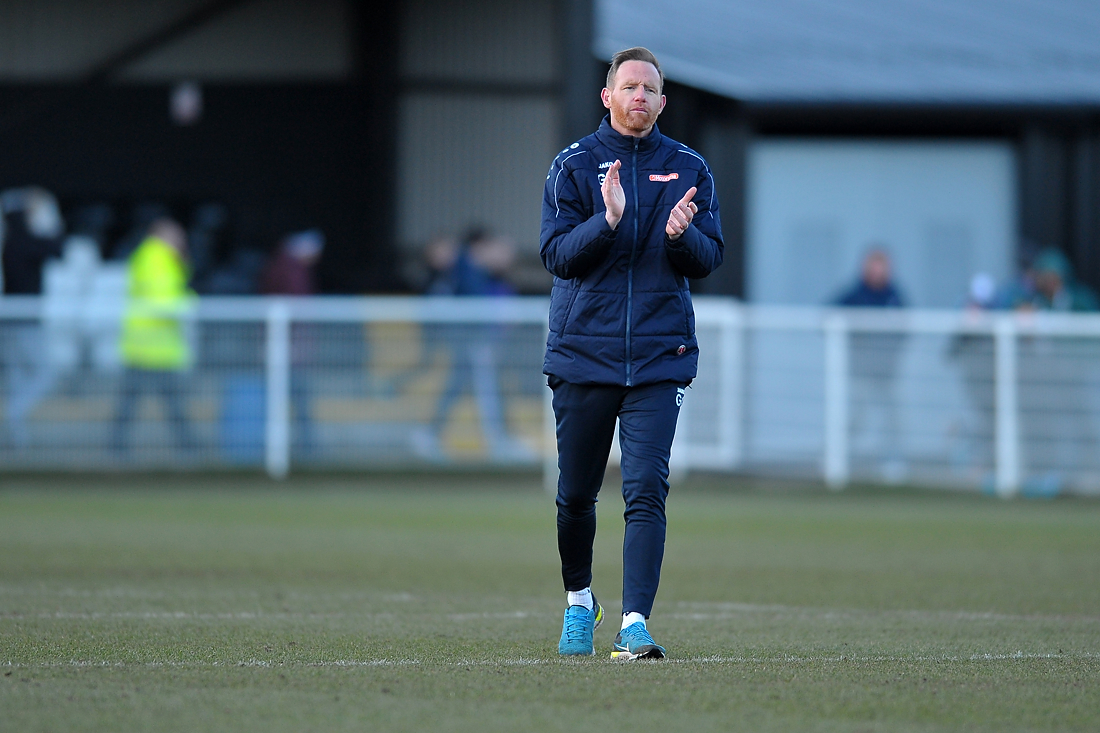 Kevin Wilkin’s men are back in action at the New Bucks Head again this Saturday,...