Double Signing for the Bucks!

AFC Telford United are delighted to announce the signing of goalkeeper Russ Griffiths on a one year deal.

After a brief introduction to Bucks fans last season, the 24 years old goalkeeper has joined the club on a permanent basis ahead of the 2020/21 season and is looking forward to the challenge of making the no.1 spot his own.

Russell featured in two games on loan from his previous club Chester, signing in early March before the season was curtailed, and that prolonged break from football, along with Gavin Cowan’s plans, have made him eager for the resumption:

“I’m really excited for the upcoming season; I think it’s going to be a good season for Telford with some exciting signings coming through the door and I just can’t wait to get going now.”
Those two games in March gave Russell an opportunity to appraise the Bucks as a possible destination, as he explained:

“The manager made it obvious to me what the club was like in the first phone call we had, and within a couple of days of training I realised this was a club I’d really like to be at. When we initially spoke, the manager said he wanted to get business done early, which is a player is great, it’s what you want to hear. It’s not just football; in other jobs, there a lot of people where things are in the balance at the moment, so knowing I’m going to be here next season and playing football is massive.”

Hailing from Gravesend in Kent, Russell’s career began in Everton’s academy, where he was a team-mate of former Buck Arlen Birch. Spells on loan followed, most notably at League Two side Cheltenham Town, where he made his EFL debut. Following his release from Everton, Russell spent a season at Motherwell in the Scottish Premier League, another team where he has spent time on loan. His next move brought him south to AFC Fylde and he spent the majority of last season at the Bucks National League North rivals Chester.

“The fundamentals are in place for us to have a really good season, so hopefully we can kick on with pre-season soon that can set us on our way.”

Boss Gavin Cowan “Russ is a goalkeeper that I have admired for some time, so I am really happy to get him through the door. He is a lot of experience at a relatively young age and will be another big presence for us”

Russell won’t have it all his own way, however; joining him in competition for the No.1 shirt next season is Ash Rawlins; the 24 year old returns to the New Buck’s Head having played briefly at the end of the 2016/17 season under Rob Smith and Larry Chambers.

Ash joins from Market Drayton Town, where he had established himself as their permanent choice between the sticks, but he isn’t joining the Bucks simply to watch from the sidelines. With returning goalkeeping coach Darren Acton overseeing them both, Ash and Russell will be competing to be Gavin Cowan’s choice:

“That’s the plan. I was training with Russell at the end of last season, and he’s a great lad, we really do push each other. I’ve been at Drayton for about four or five season now, almost part of the furniture, but I’m keen for a new challenge and some new beginnings. I can’t wait to start and get back into it.”

Ash’s return also sees him take the title of the shortest match day journey to the ground away from manager Gavin Cowan. Living not much more than a good goal-kick away from the New Buck’s Head means he shouldn’t be late for games, although playing for a club almost literally on his doorstep does have a slightly bizarre feel:

“I’m literally two minutes up the road in Arleston. It’s a bit surreal, growing up here and watching Telford and the likes of Ryan Young, it’s a bit weird but I aim to take it in my stride and do the best I can for the club.”

Cowan “Ash has excelled at Market Drayton for some time now and he recognises he needs to make that next step to progress and test himself. He is very talented and will now develop other key areas of his game and push for our No1 spot”

Is the Bucks goalkeeping department in good hands? Russell certainly feels that way:

“I met Ash when I came in last season on loan; he’s a good lad and he’s hard-working, so I’m looking forward to working with him. That partnership between me, Daz and Ash is important, we need to get that goalkeepers’ union going.”

Welcome Russell and Ash, we hope you fit like a glove… 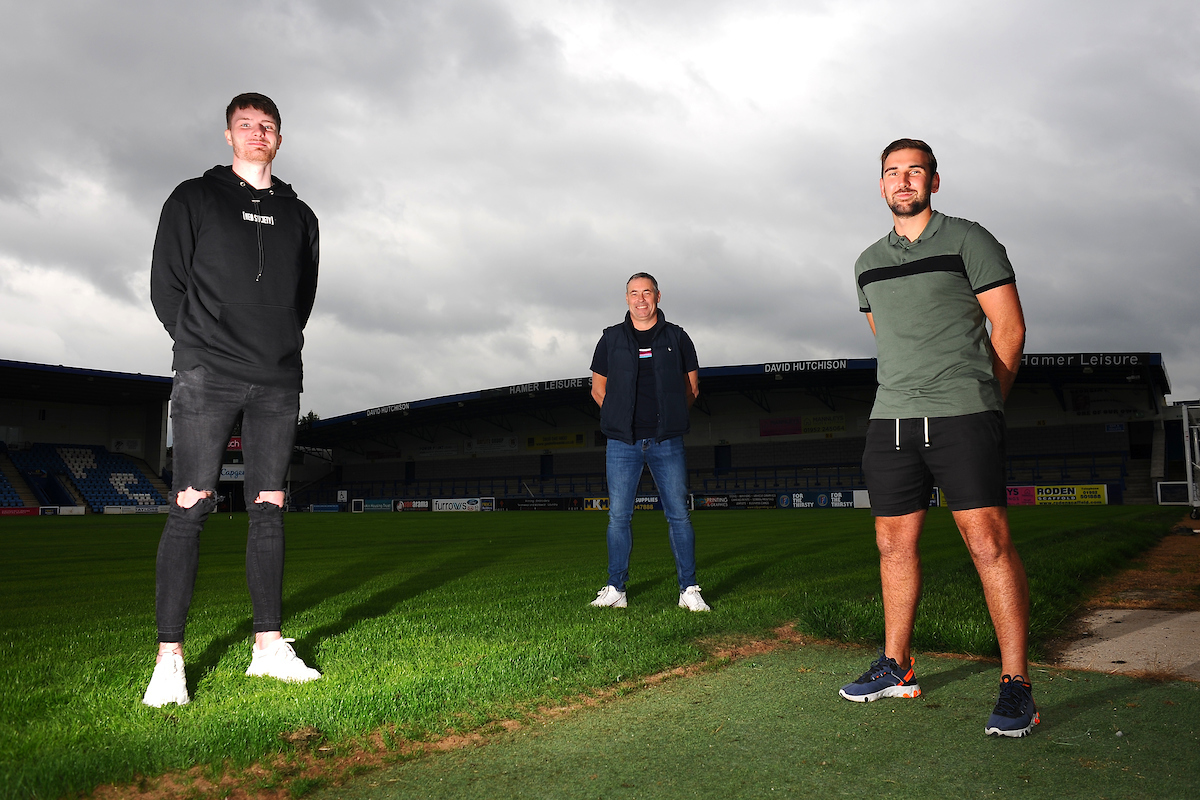 AFC Telford United can confirm we have mutually agreed to terminate the contract of goalkeeper Luke...