Marcus Dinanga believes that the Bucks need to cut down on any errors to ensure they end the season as well as possible; as well as seeing an improvement in his goal scoring record where Dinanga feels Matthew Barnes-Homer has had a positive effect on his game.

Dinanga hasn’t stopped scoring in recent weeks and is the Bucks top goal scorer this season having netted eleven times in the league, having also scoring six in his previous five games.

He remains adamant though that it’s the team performance that counts the most and understands that the Bucks were not at their best Saturday, yet the pain can be felt across the squad with the 2-1 defeat at home to Darlington leaving the Bucks lying in mid table.

“We went out there to get the three points and to at least come away with a draw, all the lads are gutted and so am I really because I can’t go home and enjoy the night. To be fair we wasn’t at our best today but we could’ve got something out of the game

“I will play where the Gaffer wants me to play so, I will be enjoying my goals more if we were getting something out of the games but at the moment we were losing the game today so I don’t enjoy the goal. ”

Dinanga puts the recent goal scoring prowess down to hard work, by staying behind after training where working on his finishing with Barnes-Homer has seen a significant improvement in his end product.

He also looks at the goals he scores as a job and something that while he is happy to receive praise for, he is eager to help the Bucks finish as high as possible and make the most of the closing stages of the season.

“It’s the little things, if were one nil up and we just try to stay in the game and see the game out, it’s the basics really and that’s what we have been lacking, we need to work on that and get it sorted, hopefully we can still get something out of this season.

“It’s my job, so for me to get praise out of doing my job it’s a bonus, I see it as the gaffer brought me here to score goals and that’s what I do as a striker. We just want to finish as high as possible, that’s the target at the moment and take each game as it comes and hopefully we can take something from this season.”

The Bucks will be back at New Bucks Head this weekend and if they can amend the errors and fine tune some of the weaknesses, then they can be confident with the talisman of the team in a rich vein of form then there is no reason why the Bucks can’t have a strong end to the season. 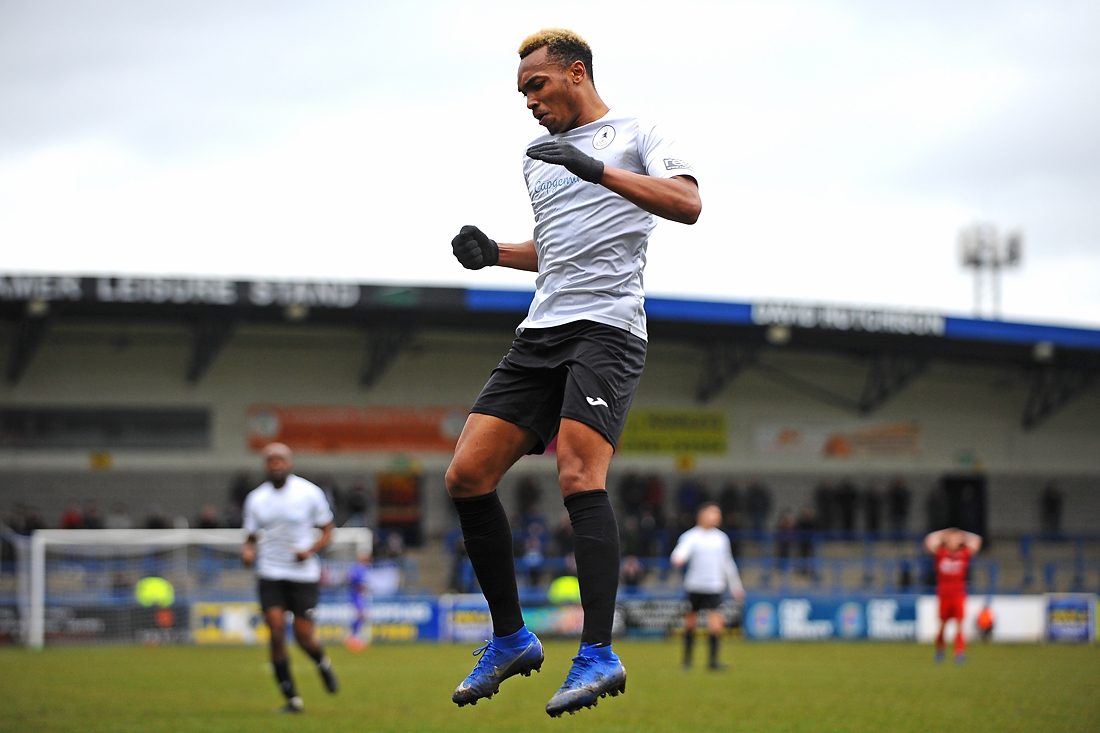 Club Given Approval To Welcome Spectators

AFC Telford United are delighted to confirm we have this morning received confirmation from the...

Telford & Wrekin Council has moved to help ensure a much more secure future for AFC Telford...