AFC Telford United are delighted to announce the signing of attacking right back Josh Dugmore from Bromsgrove Sporting.

The 19-year old has signed a two year deal at the New Bucks Head until the summer of May 2024.

Dugmore previously of Walsall, Everton and Birmingham City enjoyed a impression season at Bromsgrove Sporting where he played 47 times.

His maturity on the ball for a young lad is very impressive and he has a fantastic engine. He is a passionate attacking full-back who likes to get forward and create chances.

Boss Paul Carden spoke of his latest addition “Josh is an exciting prospect who had a great season at Bromsgrove, playing every game! After being in Everton’s academy before moving to Birmingham as a scholar, he coped unbelievable with the transition to men’s football and his level of performance was highlighted to us some time ago, he brings energy and tenacity as well as quality to the right back position and is someone who I’m sure the fans will really take too. Once we had a chat he made it clear he wanted to come to Telford and chose us over a number of clubs. He is hungry to succeed and to perform at the higher level and that hunger is essential to any squad”

Everyone at AFC Telford United would like to welcome Josh to the club. 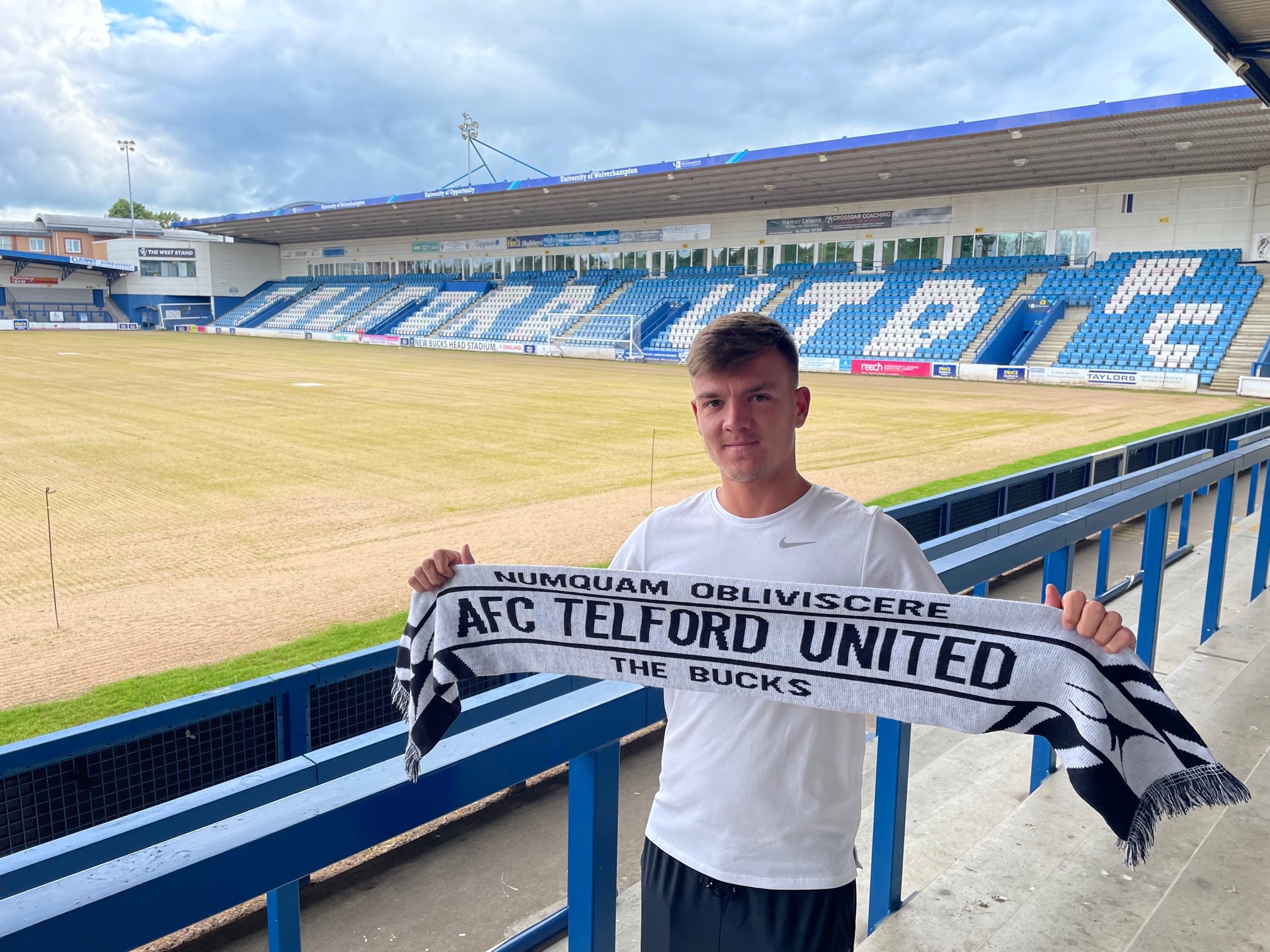 Everyone at AFC Telford United are deeply saddened to hear the news that Eric Wilson passed away at...