AFC Telford United are set to complete the signing of Coventry goalkeeper Corey Addai on a month’s loan.
The goalkeeper will join the Bucks next week subject to competition of paperwork.

The Sky Blues beat a host of rival clubs to sign the promising 6ft 4ins tall goalkeeper from Arsenal in 2014.

The 21 year-old initially signed a two-year apprenticeship before becoming back up for the first team goalkeeper during the 2017/18 season.

Addai enjoyed some loan spells at Hendon FC and Dulwich Hamlet as well a Non-League side Mickleover Sports.

Everyone at AFC Telford United would like to welcome Corey to the club. 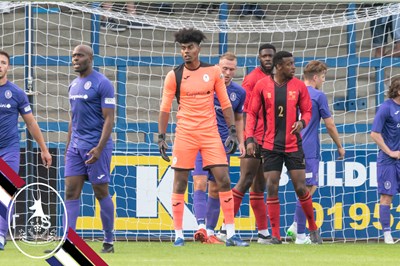 National League clubs are facing catastrophe and a perilous situation in the next few...