AFC Telford United are delighted to announce the appointment of Kevin Wilkin as our new first team manager with immediate effect.

Kevin joins the club after a hugely successful seven seasons as first team manager of Brackley Town in The National League North where he led the club to regular play-off finishes, play off finalists last season, winning the FA Trophy in 2018 and twice to the FA Cup second round proper. Before that at Wrexham he took them to the FA Trophy Final and the third round of the FA Cup and took Nuneaton to three promotions and a number of FA Cup runs to the First Round proper.

Kevin will be joined at the New Bucks Head by his management team at Brackley including Mark Noon and David Staff.

We would like to welcome Kevin and his staff to the football club as we look to hopefully start to climb the National League North table.

Chairman Andy Pryce said ‘’Myself and the Board are delighted to have appointed Kevin Wilkin as first team manager. He has a fantastic record at our level and above and we will be working with Kevin to progress our on the field results both short term and longer term’’.

Kevin Wilkin said ‘’I am honoured and proud to be appointed as the first team manager of AFC Telford United. This will be a challenge in the short term, and we will be looking to work together to make improvements quickly and in the first instance to move to a position of safety, before progressing to a much better future’’ 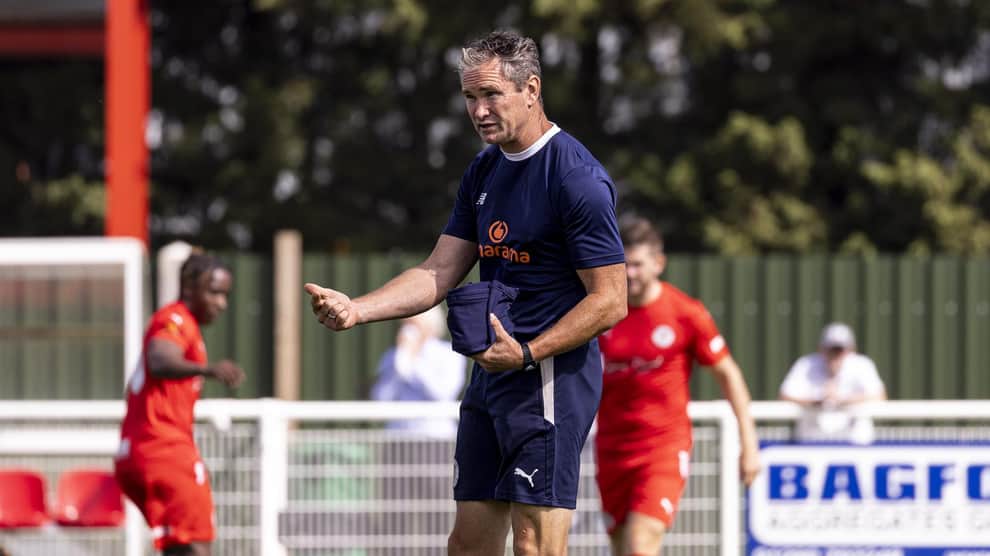