AFC Telford United can confirm our National League North fixture against Hereford will be played on Tuesday 1st December after Hereford rejected our request to move the fixture back 24 hours to Wednesday 2nd December to allow supporters to attend.

We are very disappointed with this news as we are very confident that the New Bucks Head is ready to allow supporters to return which it has been since our safety advisor group passed the stadium inspection back in October.

We have already seen other clubs in the National League North, South, National League and EFL working together to rearrange games by 24 hours or more so that supporters, sponsors and families can watch their teams again so it baffles and frustrates us that Hereford are unwilling to move one game by 24 hours.

The football club will now prepare to welcome supporters back to the New Bucks Head on Boxing Day when we welcome Chester. Tickets & hospitality details will be released after the 16th December government tier review. 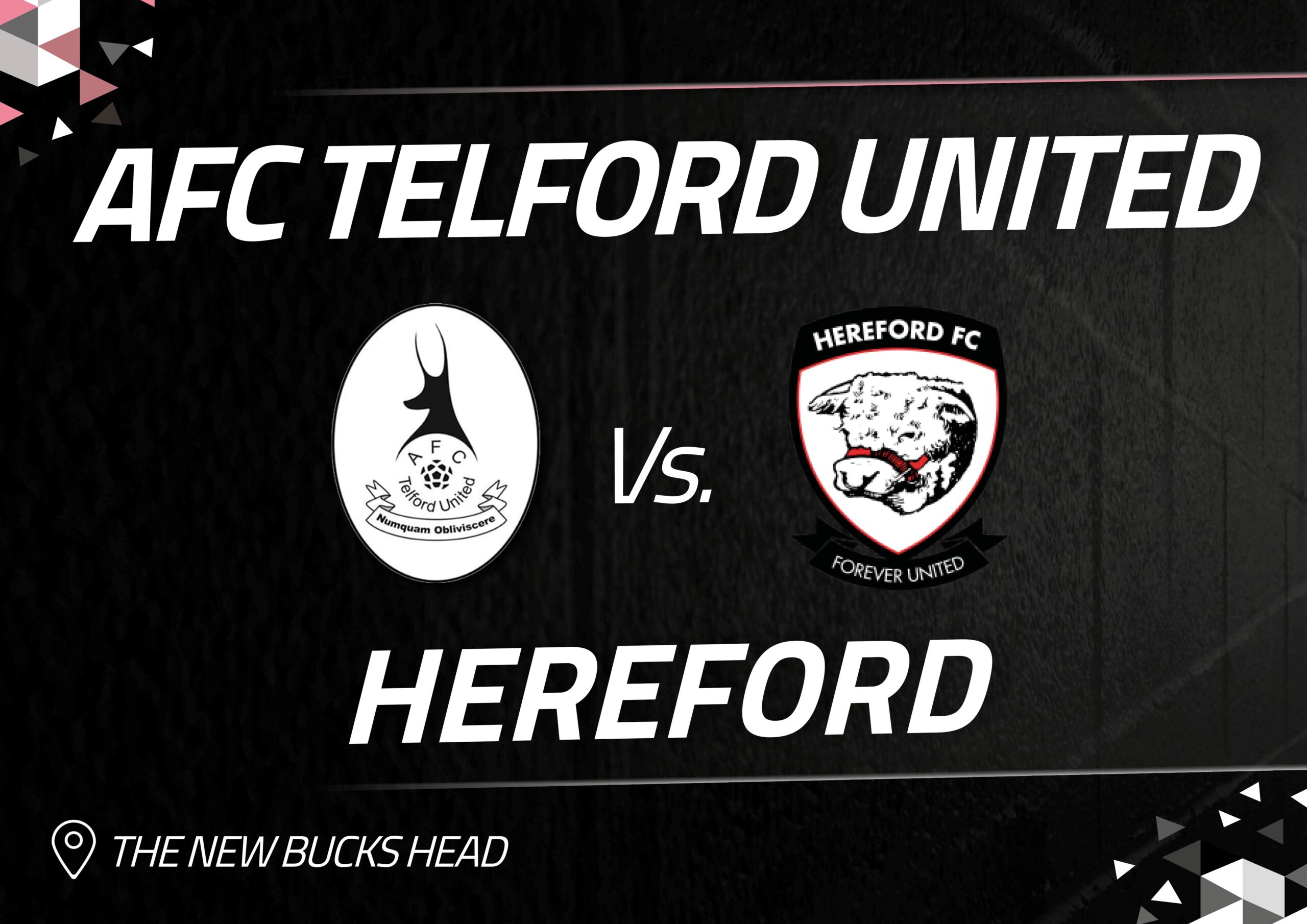 AFC Telford United can confirm this evening’s game against Hereford FC has been postponed due to...

The Vanarama National League have confirmed the fixtures postponed on Saturday 10 September have...