All at AFC Telford United are deeply saddened by the death of Nat Parton.

Nat, who was 90 years old in July, was a much-loved supporter of the club, along with her husband Bill, who pre-deceased her in November 2018.

Nat and Bill attended both home and away fixtures, and were still traveling to away matches with the away travel club in their mid eighties, until Bill’s death. Everyone who traveled on the coach knew and loved Nat and Bill, whose devotion to supporting the club as Wellington Town, Telford United and AFC Telford United extended over 75 years.

This extraordinary support was surpassed by only one thing, their loving devotion to each other and to their family, to whom we send our heartfelt sympathies at this time. We hope it can provide comfort to you to know how much Nat, along with Bill, touched the lives of so many through this football club, and to know that they are united once more.

The club will mark Nat’s passing before kick-off at tomorrow’s home game with Buxton FC, and the players will wear black armbands in honour of Nat, and also our former manager Mick Jones, who also died recently.

For those wishing to pay their respects to Nat, her son Simon has confirmed that her funeral will take place at Telford Crematorium at 3.30pm on Monday 19th September 2022. 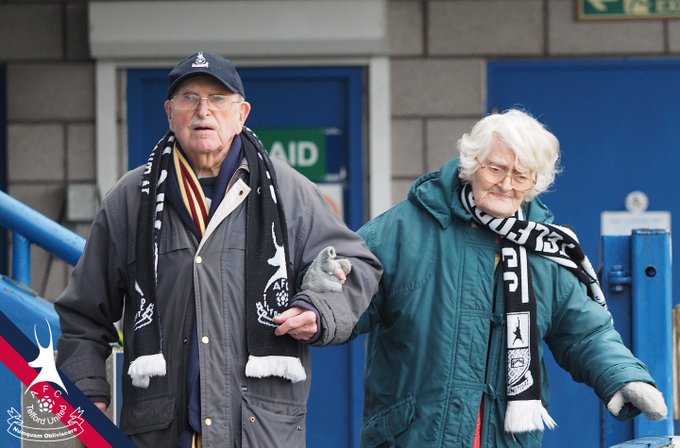 AFC Telford United are set to complete the signing of Coventry goalkeeper Corey Addai on a...

AFC Telford United are devastated to announce defender Arlen Birch has been ruled out for the rest...