The Bucks can today unveil striker Nathan Blissett as the latest addition to Paul Carden’s squad for the 2022/23 Vanarama National League North season.

Nathan, or Nate, will celebrate his 32nd birthday later this month and joins having spent the 2021/22 season at Maidenhead United in the Vanarama National League. At 6ft 5ins tall and hailing from West Bromwich, Nathan has a footballing family pedigree, as his father’s cousin is the former Watford, AC Milan and England striker Luther Blissett, a prolific scorer in the 1980s.

Nate began his career at Romulus FC in 2011 before he caught the eye of Kidderminster Harriers. He has since enjoyed a well-travelled career, taking in permanent moves to the South-West trio of Bristol Rovers, Torquay United and Plymouth Argyle. A switch to Macclesfield Town in 2018 was followed by two years at Solihull Moors before he joined the Magpies of Maidenhead, managed by former West Ham United legend Alan Devonshire.

After two seasons in Berkshire, a return to the place he considers home, the Midlands, was always on Nate’s wishlist, and he admitted that Telford was a club he’d “been holding out for”:

“When I was first playing, at Kidderminster Harriers, I always looked at the set-up at Telford and felt it was somewhere I’d one day like to play at. At this stage of my career, Telford works perfectly for me, and it was my first choice after I’d left Maidenhead, so I’m glad we could get it over the line.”

“ I spoke to the owner and the manager about targets for the season, and it’s about kicking the club on again, challenging and being competitive. If we’re in a position to challenge with ten games of the season remaining then we’ll have the opportunity to make something memorable for the fans.”

Nate is under no illusions about the task, but is eager to get going as a Buck, although cautious to take things one step at a time:

“It will be a challenge, but that’s part of the reason I’ve come; for that challenge. When I spoke to the gaffer he was adamant that we won’t be going into games doing anything other than win every game we play. He’s an ambitious manager, and with the type of squad he wants to build I can’t see any reason why we can’t be up there.”

Bucks manager Paul Carden was delighted to acquire Nate as his squad-building for the 2022/23 season continues:

“Last season we only really had one striker in Ozzie (Jason Oswell), and it’s important that we brought somebody in, but of the right type. Bliss has got promotions on his CV, he’s played for some big clubs and he’s experienced, but the big thing about it was his desire to come to the club.”

“He’s been down south, where it probably didn’t turn out as well as he would have liked, but there was no doubting his determination to join us. I just knew; when I met him at the club for the first time he was looking around, and I could tell that it was something that he really wanted to make happen. You hear it all the time when players sign, that they turned down more money elsewhere, but he did turn down more money to join us.”

Paul feels that the addition of players like Nate and Matty Brown bode well, and signals the kind of team he wants to represent the club:

“With Bliss and Browny, their type of experience is crucial. Bliss isn’t someone you’d ever class as a prolific scorer, but the teams that he plays for score goals because of his attributes. People will look at him and think “he’s 6ft 5in, he’s a target man, but he’s good with his feet, and he won’t be easy to play against, and that’s what we want as a team. We want teams fearing playing against us, and he’ll add to that.”

Nate is now available for sponsorship; anyone wishing to sponsor him should contact Aimée Lauder, the Bucks’ Commercial Sales Manager, on 07818 638850 or by emailing [email protected]. 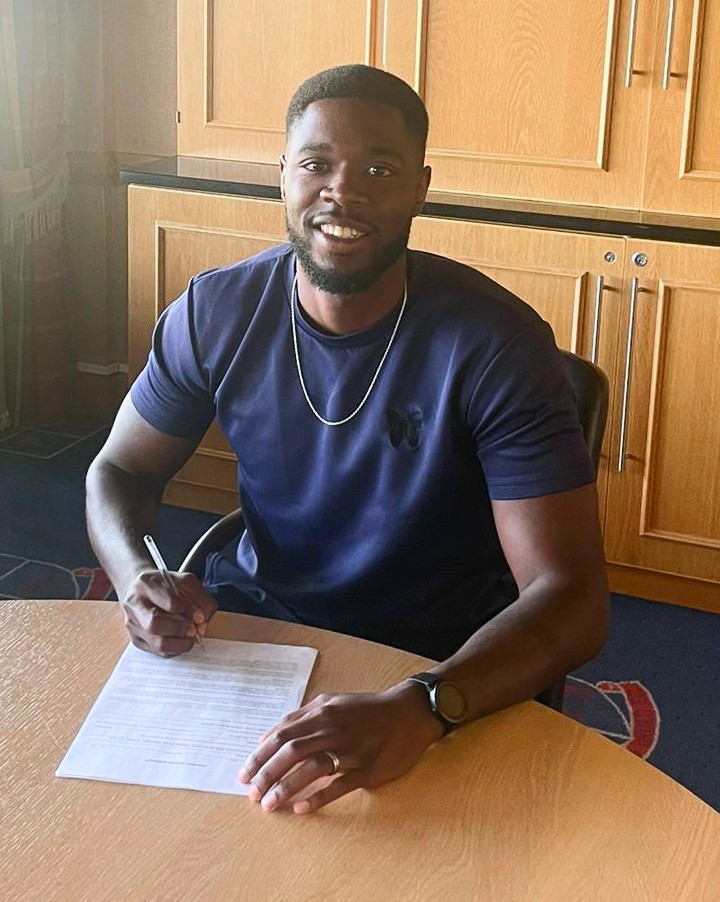 AFC Telford United have been drawn away to Chasetown in the FA Cup Second Qualifying Round of the...

The Bucks make the long trip to Northumberland to face Blyth Spartans this Saturday. Since reaching...