Away Supporters:
Away supporters are segregated and housed on the terracing at the Grosvenor Road end of the ground, where just under 1,800 fans can be accommodated on an open terrace. A further 300 seats are made available to away supporters in the Popular Stand, which unlike the open terrace is covered.

Away fans in both the seats and terracing share the same refreshment kiosk and toilets.

Where to drink?
There is a supporters club called the Pitchside Bar, which is situated on one corner of the ground, that overlooks the away end.

The Club serves up to four real ales (normally from local micro breweries) and also has Sky Sports television. Otherwise the nearest pub is the Burton Stone Inn which you should see on the A19 as you near the ground

Going back down the A19 (away from the city centre) on the left there is another pub called the Old Grey Mare. More or less opposite to this pub (on the other side of the road) is a sandwich shop which sells hot pies for a bargain price.

If you have a bit of time on your hands and you like real ale then it may be advisable to embark on a 15 minute stroll up the A19 and into York City Centre. If at the top of the A19 you proceed through the old Bootham Bar (Gate) into the old town you will quickly reach on your right a York Brewery outlet called the Three Legged Mare.

A1 From The South

Take the A64 to Scarborough and York. When you near York, join the A1237 Ring Road and continue on it until you reach the junction with the A19. Turn right at the junction and take the A19 towards York City Centre and keep going until you get to a pub on your left called the Burton Stone Inn, at which point you turn left into Burton Stone Lane. Then take the first right into Grosvenor Road for the ground.
A1 From the North

Take the A19 and follow the directions as above.

If you arrive early enough then there is street parking to be found in a number of side roads off Burton Stone Lane. Otherwise you may have to travel a further distance away from the ground as there are a number of residents only parking schemes in operation in the general area, or you could seek out a pay and display car park in the city centre and walk back out to the ground.

The Club have agreed that on Saturday afternoons (1-6pm) supporters can park at the nearby York Hospital for £2.50. To download the necessary parking voucher for the hospital and for terms and conditions please visit the York City website.

York mainline railway station is a good 20 minute walk away from the ground. People intent on using a taxi should be aware that Saturday traffic in York is best avoided. 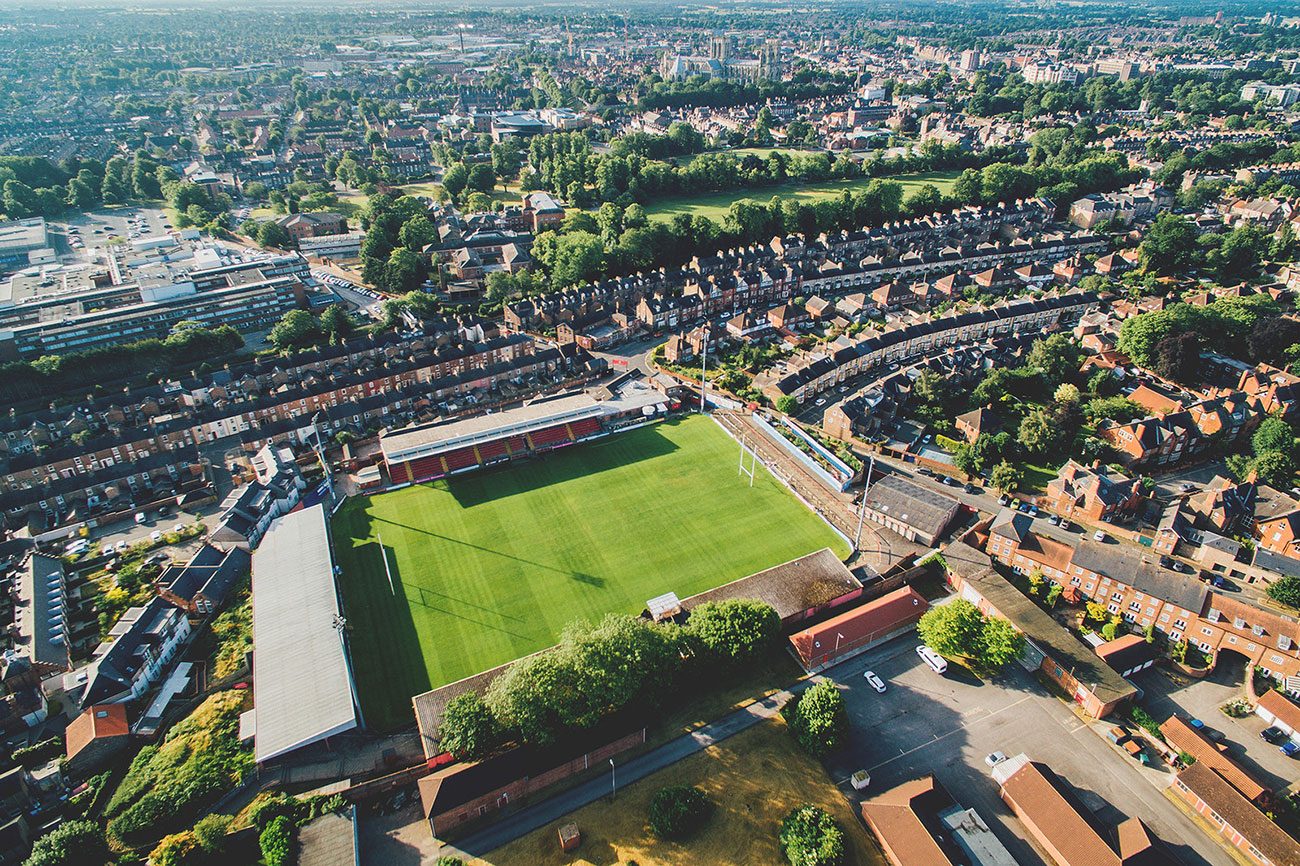 With dates and fixtures confirmed for England’s group fixtures in Qatar, all that's left to do is...

AFC Telford United are delighted to announce the permanent signing of Sam McLintock from FC Halifax...