AFC Telford United travel to Tameside this weekend to take on Curzon Ashton in the National League North.

For those supporters traveling to Manchester on Saturday, please take a look at our away day guide to the Tameside Stadium.

Leave the M60 at Junction 23 and take the A6140 towards Ashton-under-Lyne. After passing a Cineworld Cinema on your right you will reach a set of traffic lights (with a couple of sporting statues on your left as you approach the lights), where you turn left (signposted Local Traffic) onto Richmond Street. Go over the railway bridge, straight across the mini-roundabout and then take the next left into the stadium complex. There is a large car park at the ground which is free.

There is a fair-sized Club Bar at the stadium which welcomes visiting fans. If you arrive early at the stadium (or travel by train) then Ashton-under-Lyne town centre is only a 15 minute walk away, where there are plenty of pubs to be found. These include a Wetherspoons pub called the ‘Ash Tree’ on Wellington Road.

The nearest Railway Station is Ashton-under-Lyne which is located just over a mile or a 15–20-minute walk away from Tameside Stadium. The station is served by trains from Manchester Victoria and Huddersfield.

Five minutes’ walk away from the stadium is Ashton West Metrolink stop. This stop is on the line from Manchester Victoria and Piccadilly. Journey time from Piccadilly is just under half an hour and the current price of a return adult ticket from Piccadilly is £3.80. Trams run every 12 minutes. On reaching Ashton West stop cross the road (keeping the Cineworld Cinema behind you) and proceed along Richmond Road. Go over the railway bridge and you will see the stadium over on your left.

The matchday 64-page Programme will be available inside the ground, priced at £2.50. 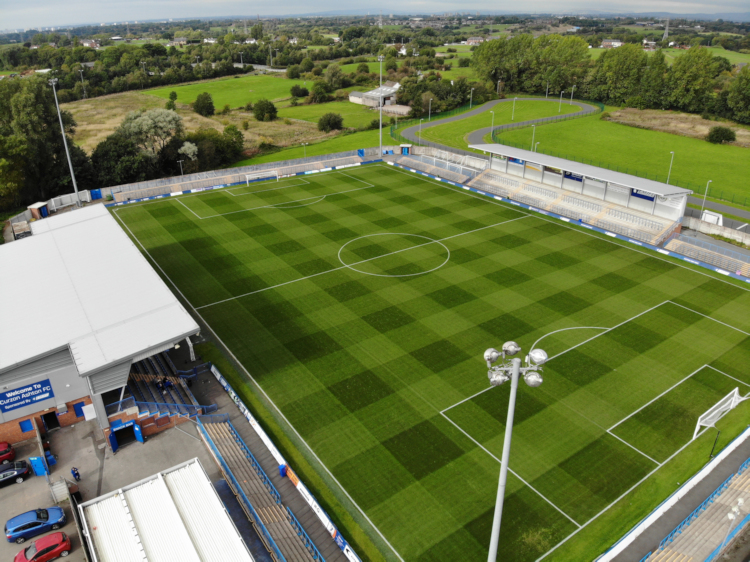 In the lead up to the festive season AFC Telford United are calling on the community to help...